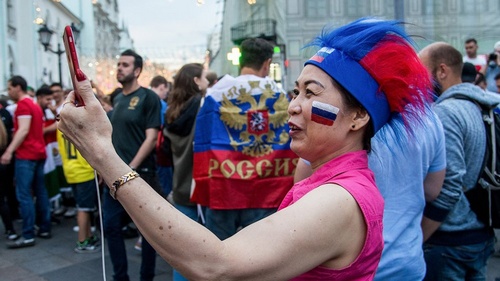 Visa has named fans from the United States and China – both of which failed to qualify for the tournament – as the biggest card spenders during the 2018 FIFA World Cup in Russia.

As an official sponsor, Visa enjoys exclusive access to digital payments at World Cup and other FIFA tournament venues. For this summer’s World Cup, Russian organizers projected a $1.9 billion windfall from tourist spending while FIFA hoped to make a record profit of $6.1 billion.

Americans spent a total of 3.6 billion rubles ($57 million) in Russia during the tournament, Visa said in a press release on Thursday.

Russian fans footed most of the bill at World Cup venues, spending half of the 1.7 billion rubles that were processed at the 12 stadiums hosting games, according to the RBC news website.

As expected, fans spent the most at the July 15 final between France and Croatia at the Luzhniki Stadium, shelling out 80 million rubles on match-day. The June 14 opening-day fixture between Russia and Saudi Arabia ranked second, bringing the same stadium 57 million rubles in revenue.