Donald Trump’s extraordinary attempt to walk back remarks made in Finland that he saw no reason to believe that Russia had interfered in the 2016 US election has been received with incredulity and amusement on the internet.

After berating reporters for not understanding he had meant the exact opposite of what he had said, Trump clarified his position on Russian meddling in the election on his return to Washington.

“I thought it would be obvious, but I would like to clarify just in case it wasn’t. In a key sentence in my remarks, I said the word ‘would’ instead of ‘wouldn’t’,” Trump said in a statement that seemed destined to be turned in to a meme.

If it was up to me I wouldn’t impeach Trump.

Hang on…going over my transcripts here I realized I meant to say would.

That should clear everything up.#Wouldnt

The president continued: “The sentence should have been: ‘I don’t see any reason why I wouldn’t, or why it wouldn’t be Russia,’ sort of a double negative. So you can put that in, and I think that probably clarifies things pretty good by itself.”

Trump may have thought his back pedal was enough to convince his critics, but instead his comments provided fuel for the mocking fire.

The hashtags #would and #wouldnt trended on Twitter as people suggested other ways Trump’s “double negative” defence could be employed.

Trump: “I said Mexicans are rapists. I misspoke. I meant to say they’re rakists, like they rake leaves and stuff, probably illegally, but whatever. I’ll build a wall and make them pay for it. Anyway, that’s what I meant to say – rakists, bigly.”#Wouldnt #Snark

It all makes sense now. When Trump said that Mexico “would” pay for his stupid wall, he really misspoke and meant that Mexico #wouldnt pay for the wall.

Others suggested this defence could be used more widely, perhaps by previous US presidents. Robert Hussey referred to President Clinton’s affair with White House intern, Monica Lewinsky: “To clarify, what the President meant to say was ‘I did not NOT have sexual relations with that woman.’ Sort of a double negative there.”

There has been a great deal of confusion over the presidents statements as of late, so we need to get it straight. To clarify, what the President meant to say was “I I did not NOT have sexual relations with that woman.” Sort of a double negative there. #POTUSclarifieds pic.twitter.com/VdzYRJxCwV

“Mr Gorbachev don’t not tear down this wall.”

Trump’s defence also spawned a slew of internet suggestions of how else to use Trump’s “I misspoke” defence.

Who among us hasn’t not used accidentally on purpose what wasn’t not surely unlikely to be perhaps certainly correctly misconstrued language that didn’t sound incorrect until we misread the transcript? #doublenegative 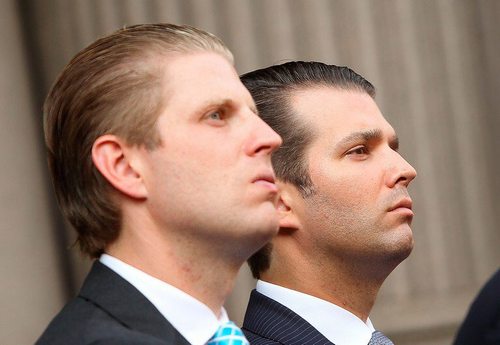 But some of the snark has been put to noble use. A fire station in Sydney, Australia, is using the president’s turn of phrase as a way to remind people of fire safety. 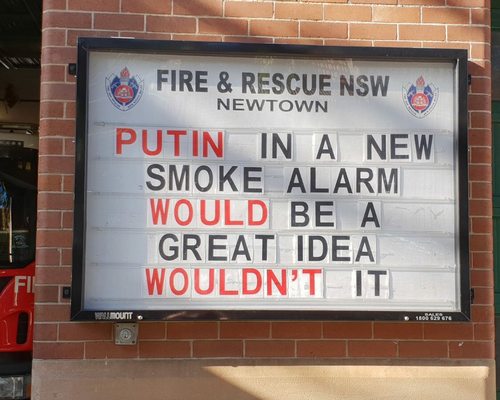 In the US, they named external enemies: the list turned out to be unexpected