The Deputy Prosecutor of the Kirovsky District approved the indictment against a 42-year-old previously convicted local resident – he is accused of committing crimes under Part 2 of Art. 167, item “c” part 2 of Art. 158 of the Criminal Code of the Russian Federation. According to the district prosecutor’s office, from October 9 to 12, 2020, in the evening, accused P. was in his apartment in the Prostorny Kvartal residential complex on Bronnaya Street and drank. Before that, he had conflicts with neighbors more than once – they did not like the fact that a “criminal”, a person leading an antisocial lifestyle, lived nearby. Drunk, the man decided to take revenge on his neighbors.

On the evening of October 12, P. called the passenger elevator to his floor and set fire to the advertisements on it, and then returned to his apartment. After about 20 minutes, he smelled burning and decided to warn his neighbors about the fire, and also ask to call the firemen, but no one opened the door for him. Then the man returned to his site and, seeing there a children’s bicycle, brought it into his apartment. There was already smoke, and the man lost consciousness.

Firefighters who came to the call evacuated the residents of the house. The accused was taken to hospital. When the fire was extinguished, the owner of the stolen bicycle through the open door saw him in the apartment of his “problem” neighbor, after which he reported the theft to the police. 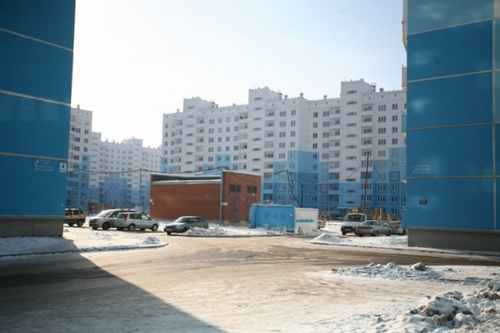 The elevator was destroyed by fire, the victim, the consumer housing and construction cooperative “Prostorny Kvartal 3”, suffered damage in the amount of more than 1.2 million rubles. A civil suit has been filed against the man. The cooperative is a subsidiary of the Group of Companies “Discus” – the NGS correspondent sent a request to the representative of the group of companies with a request to comment on the situation.

Now the criminal case has been sent to the Kirovsky District Court of Novosibirsk for consideration on the merits. The accused faces a sentence of imprisonment of up to seven and a half years.

At the end of January, a resident of Novosibirsk set fire to a friend’s car because of a debt – a criminal case was opened against the man.