The fourth vice-speaker in the Novosibirsk City Council will work free of charge. Colleagues from the City Council noted that Lebedev almost did not speak at the sessions

Another vice speaker has appeared in the city council of Novosibirsk. Now there are four of them on the council , while the new vice-speaker will work on a voluntary basis without being paid from the budget.

– In order to optimize the work of the council, increase the efficiency of interaction of the council with the public and the Legislative Assembly of the Novosibirsk region, strengthen activities for the development and promotion of legislative initiatives, it is proposed to change the structure of the council and add a fourth deputy chairman of the council, who will exercise his powers on a non-permanent basis, that is, free of charge, – Dmitry Asantsev said.

Most of the deputies supported the idea, but there were those who spoke out against it.

– This decision, in my opinion, is a political one. It has nothing to do with the effectiveness of our advice. I would like to question the need for a fourth vice speaker. If you really talk about reasonable things, you need to listen to the reports on the work of the vice speakers first. If we understand that they worked perfectly, but did not cope with the tasks, then we should raise the question that one more vice speaker is needed, – said Natalya Pinus.

At the same time, Natalia Pinus herself was nominated for the position.

– There are 50 people in our council of deputies, 10 of them are women. There is not a single woman in the chairpersons or deputy chairpersons of specialized commissions, there is no vice speaker. I suggest Natalia Pinus, – said the deputy from the Novosibirsk 2020 coalition Svetlana Kaverzina at the session.

For the post of vice-speaker, candidates from the Liberal Democratic Party of Russia Yevgeny Lebedev and Svetlana Kaverzina were also proposed. It was nominated by the deputy Rostislav Antonov, who today joined the LDPR faction. But Kaverzina recused herself. 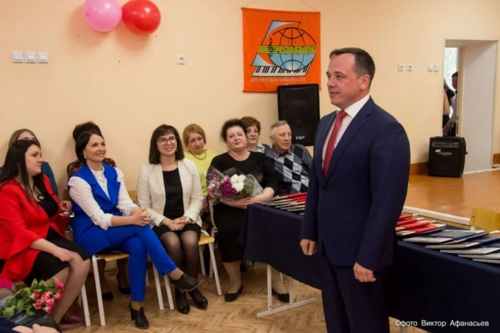 – On behalf of our deputy association, we propose Evgeny Lebedev. This does not mean that he chose himself in advance, it means that everyone can nominate himself, ”said Prokhorov.

– Evgeny Vladimirovich, I visit all the commissions, including those in which you participated. I have never heard you perform. Do you think you can handle the position of vice speaker? It will be necessary to communicate with the Legislative Assembly and the mayor’s office, and you are the deputy who is constantly silent on the commissions, – Svetlana Kaverzina asked Lebedev a question.

– I will answer your question briefly: I can handle it, – Lebedev answered.

Natalya Pinus was asked if she would lobby for the interests of an influential spouse in the position of vice speaker.

– Every year, with the exception of the past, you declare zero income and honestly say that your spouse is supporting you. Tell me, don’t you think that we will have an extremely influential spouse in our city, who will have a wife as vice speaker? – asked the deputy from the Communist Party of the Russian Federation Georgy Andreev.

– During these 6 years I have been repeatedly asked questions regarding the fact that, perhaps, some of my decisions are related to someone’s interests. I can say that I represent exclusively the interests of people. After 6 years, no one can name any of my decisions that someone can somehow associate with someone else’s interests, – answered Pinus.

According to the results of voting, 30 votes were given to Evgeny Lebedev, and 8 votes – to Natalya Pinus.

Evgeny Lebedev is 42 years old. In 1995 he graduated from high school and entered the Tomsk Higher Military Command School of Communications. In 2000 he entered the law faculty of NGI, and in 2004 he started his own business in the field of auto services. He is married and has a daughter. In 2019, he was nominated for the post of mayor of the city.