Timur Sattarov and Olga Grebenyuk became the owners of two more old buildings in the very center of Novosibirsk. For many years, entrepreneurs have been gradually buying out an entire quarter and now own half of it. At the same time, there are so many options that may appear instead of old factory buildings and garages, even formally, that experts just shrug their shoulders. Liza Pichugina found out what could appear in empty premises near Lenin Square.

The structures of the Novosibirsk businessman and developer Timur Sattarov and his wife Olga Grebenyuk are progressively buying out the triangular quarter between Maxim Gorky streets, Serebrennikovskaya and Oktyabrskaya highway. Today, out of almost a dozen of its constituent buildings, four belong to them – this is confirmed by extracts from the USRN.

Two more buildings – a garage without an exact address and a three-story office building – changed owners in early October 2020. JSC “Research Institute of Measuring Instruments – Novosibirsk Plant named after Komintern” planned to sell them in 2020 as non-core assets, as was the case at the time of the building at Serebrennikovskaya, 29. The main building of the Research Institute, an architectural monument overlooking Krasny Avenue, the plant did not sell and did not planned, as the then deputy general director of the enterprise for personnel and public relations Igor Chernyshev said. Outside the possessions of Timur Sattarov and Olga Grebenyuk were also the Gazpromneft building at 80 Maksim Gorky, the building of power structures at 75 Chaplygin Street and the Kokon business center. 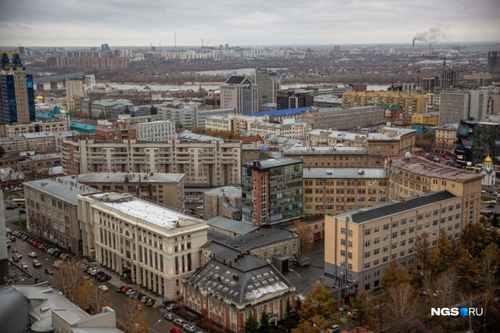 Timur Sattarov’s group refused to share plans for the development of this triangle in 2019. Since then, little has changed here, and today, according to the Kontur.Fokus database, in the building at 29 Serebrennikovskaya, which was purchased at that time, not a single company has been registered. Only the signboard of the Guevara club, which had moved away for a long time, reminds of the past life in the building. Two years later, there are still no details about the new project.

“We are developing a concept, we will show it in the near future,” the NGS correspondent was briefly told in the company of Timur Sattarov and Olga Grebenyuk “Argentum”, which owns two buildings inside the quarter.

According to the public cadastral map, the opportunities for developers here are unusually wide. The list of types of permitted use of the plots that form the inner courtyard of the quarter, there is literally everything, you can choose from almost a hundred options. Among them, for example, squares, fountains and sports facilities, hotels and motels, offices, additional education facilities, first aid posts and ambulance substations, theaters, cinemas, concert halls and museums, shops, photo studios, catering, and, of course, housing – right up to up to 50 floors high.

In addition to the fact that you can choose from the possibilities, they can also be combined. It is this, most likely, that will become the basis of the concept of the quarter’s development, says Alexander Astakhov, Marketing Director of the Academy of Sciences “Quadrotek”.

– There will probably be a mixed concept, because one assignment will not swallow the entire site, – he reasons. – Since Timur Sattarov, regardless of whether it is real estate or something else, specializes in the premium segment, he will obviously go into something premium. Now the market is developing quite rapidly, with interesting concepts, so it will surprise. But commercial real estate or something else, I have no idea.

According to Alexander Nazarov, Managing Partner of Nazarov & Partners, “everything will do” in this place.

“You can stick a stick there and a money tree will grow, that’s for sure,” he laughs. But he immediately adds that forecasting is greatly complicated by the fact that few people today can predict the direction of Timur Sattarov’s thoughts. – He may have had some idea for a long time, for the sake of which all this is being done, and you were not even close to it.

Among the most likely business options that can be developed in this place, Alexander Nazarov calls a high-class hotel, fully-equipped luxury apartments, expensive offices, fitness – also expensive, but more affordable than World Class, working in the Montblanc Residence project of the same Timur Sattarov.

– The most competent thing here would be to plant businesses that will require the least parking: this is a hotel, apartments, something else. Maybe even extend LUKSE and make the largest shopping gallery beyond the Urals, inscribed in the existing multi-storey buildings, the expert suggested.

Another possible direction is education. Olga Grebenyuk spoke about her plans to open a private school in Novosibirsk with educational standards that would allow graduates to enter any university in the world in 2019. Then she talked about four possible locations of the school, but without specifics. In 2020, it was assumed that the school could open in the building of the Siberian Academy of Finance and Banking at 7 Polzunova Street, but Olga Grebenyuk refused to comment on these rumors.

According to Alexander Nazarov, a private school in a triangular block in the center of Novosibirsk is not a very rational option: there are many other businesses that “will give a better economy.”

– Given that there is already a business here – LUKSE, it would be perfectly reasonable to do something that will bring additional customers to LUKSE. And every new business that would be organized here would additionally generate traffic to all the others. This will be some kind of added value for the owner.

One way or another, the decisions of the owners of half of the quarter will have to wait. But what the experts agree on is what will be interesting.

– Write that the experts are crazy, shrug their shoulders, wink cleverly and say: “This will be something amazing,” Alexander Astakhov summed up ironically.

Today Timur Sattarov’s structures have several active projects. One of the loudest and most ambitious – the reconstruction of the unfinished recreation center “Sibselmash” – was presented last year. Another interesting project – an extreme sports center – was announced in 2018, but it has not come to implementation yet. And more recently, one of the businessman’s companies received permission to build a residential area next to the regional hospital.