The court found the deal on the purchase of a successful Novosibirsk company by the Chinese imaginary, and the promissory notes were in violation of the law

The Arbitration Court of the Novosibirsk Region invalidated the sale of the successful Novosibirsk company Angioline JSC to the Chinese company Sino-Russian New Century Import & Export Co., Ltd. & nbsp. The decision of the court is at the disposal of the editorial board of the NGS.

The sale of almost 75% of Angioline shares was concluded on June 18, 2020 between the shareholders Andrey Kudryashov, Alexey Frantsuzov and the Chinese side. The deal infringed upon the interests of another shareholder of the Novosibirsk company, Natalia Lebedeva. 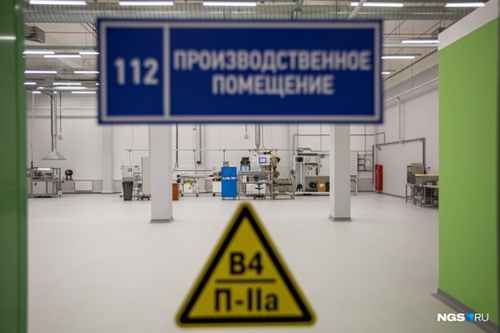 – The presented evidence established that the defendants entered into contracts for the sale and purchase of shares not for the sake of making a profit – a goal that is characteristic of the seller when concluding a sale and purchase agreement. The purpose of concluding the transaction is the appearance of a transfer of shares, obtaining subsequent approval for the withdrawal of a 100% stake in Angioline LLC (another legal entity. – Ed.) By a “new shareholder” and preventing the plaintiffs from protecting their rights, including in this case on exclusion shareholders Kudryashov and Frantsuzov from JSC Angioline. At the same time, the formal transfer of shares in favor of “Sino-Russian” cannot be considered proper execution, – the decision of the arbitration court says.

This decision of the arbitration court can be challenged within a month. Andrei Kudryashov told the NGS correspondent that he would definitely appeal the court decision, and Aleksey Frantsuzov refused to clarify his position.

– Initially, the Chinese company announced that they paid for the deal by transferring funds. After the court demanded payment orders from the Chinese company, Kudryashov and Frantsuzov, they stated that this transfer had not been made. After that, they presented bills of exchange. Moreover, the bills were issued in China and transferred in Novosibirsk on the same day. That is, there was a discrepancy between the dates. And the court also found that the bills were drawn up in violation of the law. Consequently, the court decided that the bills were prepared and drawn up not within the framework of contracts, but to provide the court with evidence of this payment, ” attorney Anna Barkhatova, representing Lebedeva’s interests, explained to the NGS correspondent.

In mid-March, the NGS spoke about another court case that Natalya Lebedeva, a shareholder of Angioline JSC, had won against the Siberian head office of the Central Bank of Russia. The Central Bank refused to clarify anything to the NGS on this court decision, explaining that “the Siberian Main Directorate of the Bank of Russia does not comment on cases considered in the courts to which it is a party.”

The Novosibirsk company Angioline appeared in 2007. She is a major Russian developer and manufacturer of coronary stents and other medical devices for cardiology. In January 2018, the government of the Novosibirsk region announced that Angioline’s products occupy 17% of the Russian market, and the company plans to expand production by constructing a new building on the territory of the Biotechnopark in Koltsovo. At the Technoprom-2018 exhibition, Angioline was proudly demonstrated to Vladimir Putin. In 2018, experts estimated the value of the company at 4 to 6 billion rubles. In 2019, the company’s profit amounted to 900 million rubles.

In October 2019, NGS spoke about the courts where Lebedeva fought to stop the liquidation of the company and return her stake, which was reduced almost three times as a result of the actions of two other shareholders. At the end of June, the Tyumen Cassation Court put an end to the case on the restoration of a 25% stake in Natalia Lebedeva, which, as a result of the additional issue, decreased almost three times. The court declared the additional issue illegal and restored Lebedeva’s share in the joint-stock company to its previous size. In March 2018, NGS told the story of the creation of the Angioline company.