Most small and medium-sized businesses do not trust new employees with online education, as evidenced by the results of a study conducted by the Institute of Economics and Law of the MIREA University of Technology in conjunction with the Moscow branch of “Business Russia” (RBC has it).

More than a quarter of the companies surveyed nevertheless said they were hiring employees who received distance education.

78.5% of the surveyed representatives of mass and medium-sized businesses (SMEs) said they did not trust the quality of online education in Russia. The highest indicator of distrust was recorded in the trade sector (87.2%).

However, the study found that 27% of companies did employ online educated employees in the past year. But only 5.4% reported that they hired workers who only had distance learning.

Most often, new employees with online education were taken by companies from the IT sector (64%). Among them, there is also the highest level of confidence in this form of education (72%). Next comes the finance and insurance sector (29% with a confidence level of 42%). 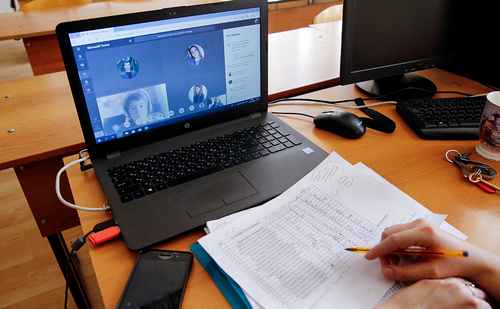 However, there are also professions that, according to those surveyed, are the least suitable for people with an online education. These are doctors (76% of the respondents), engineers (65%) and teachers (39%).

According to the rector of MIREA Stanislav Kuj, the reputation of online education was affected by the problems with distance learning, including school, which many faced during the pandemic. “This negative experience is generalized and carried over to online education in general,” he explained.

The survey, which was conducted on December 7-18, was attended by representatives of 1,412 Russian companies in 78 regions of the country (owners, business leaders, managers and representatives of HR services). 21% of them were large businesses with more than 250 employees, the rest were SMEs.

29% of the representatives of the surveyed companies were in Moscow, 16.3% – in cities with a population of one million, 54.7% – in other cities and towns.

As Kommersant noted in March 2019 with reference to the data of the Rabota.ru service, then for 38% of respondents online education was important only if the candidate received it in the specialty he already had. And 35% of respondents answered that they are not affected by the candidate’s certificates and diplomas of taking online courses and trainings.