It is still unknown if a cat can transmit the virus to humans. In March, it is planned to begin clinical trials of a special vaccine against coronavirus – for cats.

The development of the drug was jointly carried out by the EvviVax division of the Italian startup Takis Biotech and the American company Applied DNA Sciences. As it turned out, felines can also get sick with COVID-19.

This became known at the very beginning of the pandemic, at first there were cases in Wuhan, later a tiger fell ill at the New York Zoo. In Russia, the first sick animal was detected on May 21 last year on the territory of Moscow – the RNA of the virus was found in samples of biological material obtained from a domestic cat. This was reported by the Rosselkhoznadzor.

– According to the website of the American Center for Disease Control, there are known cases of infection of cats with coronavirus and the course of the disease in a mild form. But the transmission of the virus from person to animal and from animal to person is not yet fully understood, – says allergist-immunologist Ivan Skorokhodov. – So far there is no work on the basis of which we can confidently say that we can get coronavirus from a cat and get sick with it.

Another reason to think about the transmission of the virus from the human population to the animal population and vice versa was the events in Denmark, where minks became the carriers of the mutated strain of the virus last fall. But earlier, one of the theories of the origin of coronavirus was the recombination of coronaviruses from bats and pangolins (WHO has not yet found confirmation of this). Cats also previously had coronavirus, but, unlike SARS-CoV-2, it was and remains safe for humans. By the way, this was even associated with the expectation that cats will help in the fight against the pandemic. Especially in Russia, which is in third place in the world for keeping cats in families.

– In the spring of last year, I suggested that, since cats are sick with the feline variant of coronavirus, people who come in contact with them may develop cross-immunity, – says allergist-immunologist Vladimir Bolibok. “This is the type of smallpox vaccine that was created: vaccinated against smallpox, a cowpox virus, which was safe for humans, was used. There was an assumption that in this way contact with cats can protect us in some sense. But the fact is that in cats, coronavirus infection proceeds in a relatively severe form, up to the development of hemorrhagic peritonitis – this is a fatal disease, they do not know how to treat it. Therefore, if there is any contribution of cats, then it is very insignificant, since people do not come into contact with sick animals so often and a lot. 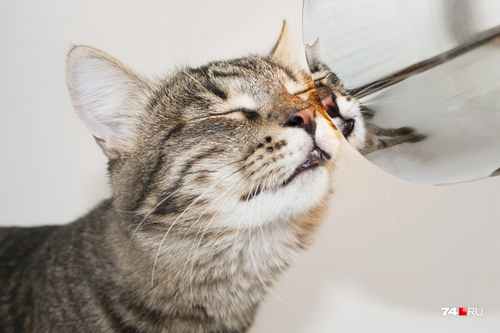 Whether the human coronavirus will be transmitted through cats, no one can yet reliably say – the question has not been studied. Nevertheless, scientists decided to protect both animals and people, just in case. Some from the disease, others from possible mutations in the feline population.

– The discovery of SARS-CoV-2 variants in human populations is a direct consequence of the evolution of the virus in the human host. We believe that the evolution of the virus in animals offers similar opportunities that can be mitigated by a veterinary vaccine, says CEO Dr. James A. Hayward. – Our ultimate goal is the health of pets, although we remember that an effective vaccine may ultimately benefit humans.

Scientists have already completed the selection of domestic cats for the first phase of the trial. They will receive two doses of the candidate LinearDNA vaccine and then follow up for six months.

– The main ultimate goal of the trial is to demonstrate the safety and immunogenicity of a vaccine candidate in domestic cats. Previously, it produced strong antibodies and T-cell responses even at very low doses in mice, according to the developer company.

After completing the first and second phases of research, the vaccine makers expect to apply for a conditional license, which is granted for products that meet emergency needs, such as the COVID-19 outbreak. The developers have not yet made any assumptions about the timing of the vaccine’s entry into the market.

Earlier it was also reported that Russia is also working on the creation of a vaccine against COVID-19 for pets – this is being done by the FGBI ARRIAH. In November last year, the Rosselkhoznadzor reported that 40 cats and 40 dogs were vaccinated, and later clinical trials on fur-bearing animals were also planned. Since then, however, the agency has not released any progress reports.