Novosibirsk walruses dedicated their action to the feat of Alexander Matrosov, who died in battle exactly 78 years ago

Novosibirsk walruses spend a daily swim in the South-West Zhilmassiv

On February 27, Novosibirsk walruses began their daily swim – it will end the next day.

The swim started at 12 noon on a foundation pit in the South-West Zhilmassiv. According to the organizer of the action, Alexei Moiseev, 52 people had previously registered in it, but he expects the number of participants to reach 70. 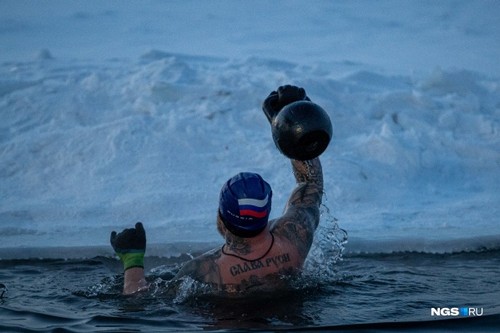 Changing each other, walruses will spend 24 hours in the water

To prevent the participants of the action from freezing, hot tea was prepared for them

For children, next to it there is a special – of course, also ice – pool

The oldest registered swimmer is 76 years old and has over 25 years of experience. The daughter of the organizer can become the youngest participant: in March she will turn 2 years old.

– We do not have a task to swim one time at a time, our task is to hold out for a day, – Alexey Moiseev explained the essence of the action. – That year, 64 people took part in the same swim, four stages turned out per day, that is, four times each went into the water.

The participants are dressed warmly (and cheerfully), but are already preparing to jump into the ice hole

According to the terms of the action, one of the participants must be in the water all the time, so they replace each other, like in a relay

A year ago, each participant in the swim had 4 dives – this year there are more participants.

This year the number of participants may be about 70, of which 52 registered in advance

In the cold, even onlookers around the pit cannot be seen

Among the participants of the swim there are always rescuers and doctors, the organizers assured

Walruses are more than determined, and the additional load allows them not to freeze so quickly

Today in Novosibirsk there is about 20 degrees of frost, which, due to the icy wind, is felt as -30. Alexey Moiseev noted that such weather is better for swimming than a thaw, but among them, in any case, there are rescuers and doctors.

This year the swim is held in memory of the heroic deed of the Hero of the Soviet Union Alexander Matrosov: he died in battle at the age of 19 on February 27, 1943, closing the embrasure of the German bunker – this made it possible for his platoon to conduct an attack.

Today in Novosibirsk about 20 degrees of frost, and taking into account the wind, everything is -30 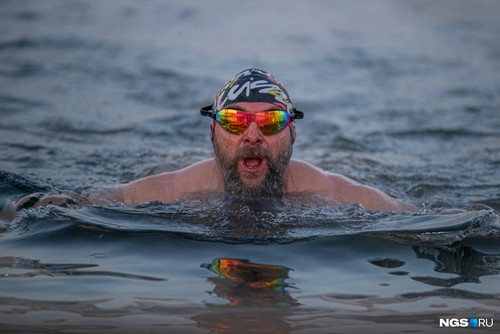