Several publications in different countries were interested in the work of scientists from the Novosibirsk Institute of Cytology and Genetics. The study looks at the causes that can lead to heart attacks in men.

The publications appeared in the American Science Daily, the Indian English-language edition of Medical Dialogues, the Spanish El medico interactivo, the German Heilpraxis, the Italian PharmaStar and others. All of them are based on a study that was published at the online conference of the European Society of Cardiology ESC Acute CardioVascular Care 2021. The author of the study was Dmitry Panov from the Institute of Cytology and Genetics (Novosibirsk). It discusses the mechanisms by which overwork can increase the risk of cardiovascular disease.

– Loss of vitality and overwork, feelings of demoralization and increased irritability are the result of an inability to cope with problems. These problems are faced by people who cannot adapt to prolonged exposure to sources of stress, Science Daily quotes Panova.

The study is investigating the link between vital exhaustion and the risk of myocardial infarction in men who have not previously suffered from cardiovascular disease. The study is based on data from the World Health Organization, which includes information on 657 men aged 25 to 64 from Novosibirsk. 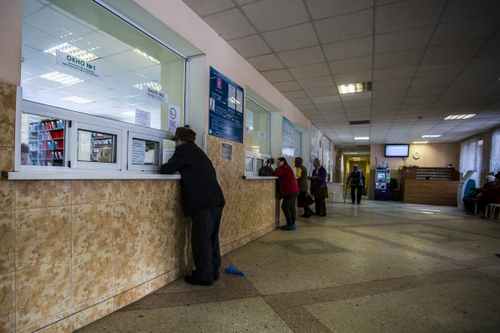 Participants in the study were divided into groups according to the degree of loss of vitality: absent, moderate or high, and were observed for 14 years. More than two thirds of men (67%) showed signs of such wasting (15% at a high level). Nearly three quarters of men with high blood pressure showed signs of this wasting.

Over the next five years, the risk of getting a heart attack was 2.7 times higher in those who were exhausted, and 2.25 times more in 10 years than in those without the indicated exhaustion.

El medico interactivo also quotes the scientist as saying that efforts to improve the quality of life and reduce stress at home and at work can help reduce overwork. And social participation, as a form of emotional support, reduces vulnerability to stress.

Unfortunately, news from Novosibirsk related to science does not often become a topic for publications in the world press. Usually journalists from other countries are attracted by some more understandable stories for the general public. For example, in December last year, several media outlets immediately posted materials with photographs from Novosibirsk, which showed noodles, eggs and other food products frozen in the air in the frost.