In love with football. This can be said about a resident of Samara, Alexei Bykovtsov. Among the teams for which he played was the backup team of Krylia Sovetov.

However, the terrible diagnosis of “sarcoma of the soft tissues of the foot” turned the measured life of Alexei and his family upside down. And he put an end to not only football, but also the quiet existence of the Bykovtsov family. The story of a young man who is now in Germany and cannot communicate with journalists was told to our colleagues from 63.RU by his sister Julia and friend Maxim Kharin.

During the year, Alexey went through several diagnoses, foot amputation, gallbladder surgery, chemotherapy is ahead.

“I started to choke from running”

In March 2020, 26-year-old Alexei developed a lump approximately in the middle of his right foot. The surgeon at the local polyclinic replied with an excuse that he didn’t know what it was, and recommended trying to wear the orthopedic insoles, since the young man had flat feet. However, the insoles did not help – the foot began to hurt even more.

– During Lyosha’s next visit, the doctor again said that he did not know what it was. And then the brother just walked around with pain, trying not to pay attention to it. In the summer he got married, endured pain at the wedding, trying not to show that he was in discomfort. Around this time, I found out about his bump. In September, the pain got worse. An MRI in November showed a benign tumor. By then, she was about the size of a walnut. In mid-January, the tumor was to be removed at the oncology center, – Alexey’s sister Yulia told 63.RU.

Alexey began to systematically prepare for the operation. In early December, the young man decided to have fluorography, since almost a year had passed since the last examination. And then events spun like a nightmare. Before Alexei had time to leave the office, a nurse rushed out to him with the question: “Are you sick?” “No,” Lyosha answered negatively, since at that moment he was seriously worried only about his leg. Although the first bells appeared in the summer. According to Yulia, Alexey, who is in love with football and has been playing it without interruption for almost 20 years, began to complain that it became difficult to play, he begins to choke from running. But then no one could have thought what these symptoms meant, and they did not attach much importance to them.

After fluorography, the young man, without really explaining anything, was sent for an X-ray. And after that, the doctor said that there were metastases in both lungs, the lesion was strong. At home, the family had a panic.

– At first, we did not know what to do at all, and did not want to believe in the diagnosis. We signed up for a CT scan of the lungs at one of the medical centers, and the examination showed that Lyosha has tuberculosis. We were glad it was not cancer. But the clinic did not give us hope, and after the consultation, the doctors said that it was not tuberculosis, but oncology. The same was confirmed in the TB dispensary after examination and in the oncology center, – continued the story of Yulia.

The next weeks, until the end of December 2020, Alexey spent at the oncology center.

“They took a biopsy at the hospital, and then he lay there for another two weeks. There were no results. They came in early January, when Lyosha was already at home. Biopsy confirmed cancer. My brother was diagnosed with soft tissue sarcoma of the foot with metastasis to both lungs. The cancer center said that he had two months left to live. They offered to try chemotherapy, but in a private conversation they noted that chemotherapy in Samara is very aggressive, and if possible, it would be better to take him abroad for treatment. An acquaintance was found who paid a large sum for treatment in Germany, – said Yulia.

“The foot is swollen to the size of a child’s head.”

However, Lesha did not get to Germany immediately. Departure had to wait about one and a half months. According to Yulia, the representatives of the clinic did not quite correctly draw up the documents required for Alexei to leave. The young man arrived in Germany, in the clinic in the city of Bochum, only at the beginning of March 2020. By that time, the tumor had grown so that, according to Lyosha’s relatives, the foot became the size of the head of an eight-month-old baby. Aleksey himself moved with difficulty, leaning on a cane and lightly stepping on the heel of his right foot.

German doctors came to the conclusion that there was no point in trying to save the foot, the question was already about the life of Alexei. As a result, the young man’s leg was amputated to the middle of the lower leg. However, Lyosha’s torment did not end there. For 10 days after the operation, he kept a temperature above 39. All these weeks and a half, Aleksey was delirious, and in Samara, his family, friends and his pregnant wife went crazy with anxiety (the couple should have a daughter in May).

– After 10 days of temperature, Lyosha had an MRI scan, it turned out that his gallbladder was very inflamed. We were afraid that metastases had begun in this organ as well, but the doctors reassured that the inflammation was not associated with the underlying disease. As a result, on March 30, my brother had his gallbladder removed. Now he has a temperature of 37.5 and is awaiting chemotherapy. And you can’t start it until the temperature drops to normal. We are all waiting now, ”sighed the interlocutor of 63.RU.

Soon, Yulia is flying to Alexei in Germany to take care of him during chemotherapy (those who are called by foreign clinics themselves for treatment or to take care of the sick can get into the country closed for tourists during the pandemic). For this procedure, he must be transferred from one hospital to another, possibly even to another city. So far, the relatives have not been informed of the exact information.

– Doctors do not give any predictions, saying that the case is difficult, but they will do their best. There is a person who helps Lyosha, he has already paid for a multimillion-dollar treatment for the first time. But I was told by German doctors that we need to open a collection in order to have additional funds. Available funds may not be sufficient. Only one operation was paid for, and Lyosha already had two, – noted Yulia.

She says that Aleksey himself believes in the best, is waiting for the end of treatment in order to be at home as soon as possible with his family and wife. He dreams of being close to his beloved when a daughter appears in their family. The couple have already come up with a name for the baby.

– Lyosha says that he wants Natasha’s borscht to go home, and says that there are only sandwiches in Germany, – Alexey’s sister says with a sad smile.

– When they paid attention to Lyosha, he played in CSK VVS, and invited him to Wings of the Soviets-2, then we were just recruiting a team and watching the guys all over the city. I have never had any complaints against him, as a rather modest person. As a footballer, he devoted himself completely to the game, he was always energetic, aimed at winning. There were no conflicts with him, – said the interlocutor of 63.RU.

Defenders on the field, friends in life

One of the first to learn about Alexei’s tumor was his friend Maxim Kharin.

– We played in the same team, when Alexei got a little bump, at first a small one. He told me about it, but did not attach any importance, he thought that an ordinary bruise would pass, – said Maxim.

Young people met while still quite children. Maxim was studying at the children’s football school at the Wings of the Soviets club when Alexei came there. The guys began to communicate. True, then they parted ways. For about six months in 2012, Alexei played in the backup squad of Krylia Sovetov. Later they met again already in the CSK VVS team.

– There we remembered each other. Both were protectors with him. At first, both were central, then I became extreme, but he remained central. But there was never any rivalry between us. All the time we had mutual assistance, we always tried to suggest something to each other, to cheer up, – said a friend of Alexei. 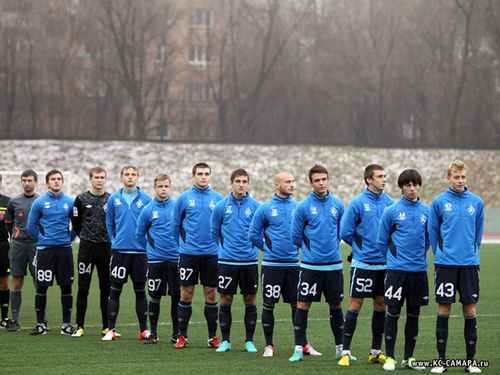 Lyosha played at the city level for “Mayak”, “Flight”, “Oilman”, at the regional level – for “Kinel”. In “Oilman” young people played together again. And so they became friends that Lyosha became the godfather of Maxim’s daughter.

– My wife and I decided right away that he would be the godmother of the daughter – reliable, kind, cheerful. Until Lyosha fell ill, he often came to visit, did not miss the birthdays of his goddaughter. Now we communicate by correspondence, and my daughter often asks how the godfather is doing, – said Maxim. And he also said: “We all wish him good health. He is the best godfather … “