We all complain about our lives – sometimes deservedly, sometimes because we give up. Sergey Zaikov, head of the Helping Hand Foundation, has been volunteering in faraway Africa for several years.

He talked about how Africans live, how to talk to people without knowing a foreign language, and also why you can be killed for good deeds. Would you be able to decide on such a trip? Next is a first-person story.

I started volunteering at the end of 2011. There was a desire to hold a charity fundraiser for the children of orphanages. I came to “Lenta”, I was allowed to carry out the action – this is how I touched this activity, began to engage in it and after a few years became the director of the fund.

We ended up in Africa back in January 2017. Several girls I know from Moscow are still working here, helping street children. We looked after them on Instagram, then decided to go and help too – so we were attracted. Now we come several times every year. 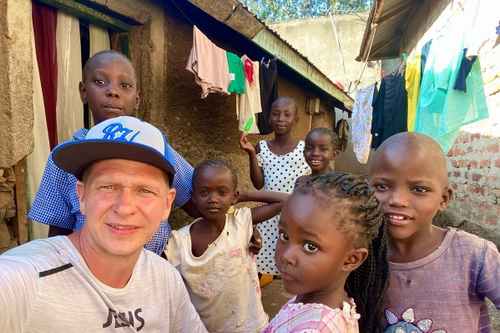 Most memorable day of your trip? We went to a distant village from the city. Such a scattered village – houses are far from each other. People live in clay houses without light, without water. Some only have solar panels. They live, of course, very poorly: they cook on the fire, no bed, nothing really. In five hours we walked nine kilometers with food kits, walked around, I think, seven houses. We were accompanied by local residents. It is also interesting this way: there were two men and three women with us. The women were with children, one was pregnant. And in the heat of +35 degrees, they walked absolutely normally: in the mountains, in the forests, in the fields with us. We were, of course, very tired, but we saw how families live. I remember it very much.

For example, to be an immaterial person – you can be joyful without anything. He stands in this leaky clothes, hungry. And he is happy, he smiles, he will never tell you: “I don’t have an iPhone, my life is bad”. We feed them mostly rice and gravy, and the kids have no questions about what is there. They eat with pleasure, eat with their hands. These emotions remain when you look at children who are happy, smiling, eating this rice. If you turn on the music, dances begin – they are in their blood. These dances are from a young age, children are so bending.

We don’t communicate much with children because we don’t know English. In principle, children more or less know this language. We communicate through an interpreter. And probably there is such a “language of love.” You don’t need to know the language you speak. Many children come up, just hug, they will take you by the hand, we can play football with the boys, we hold sports events. This brings them very close.

In 2017, we were in Uganda, in the north of the country in a distant village. Who went to help families, who kicked football with the boys. And then the local headman of the village came in a drunken state, started shouting at us that they had come here without permission. The locals tell us: “Just run! Now you can be killed here. Run faster from here! ” At first we did not understand – in the sense that they can kill? They say they understand it that way. And we have things there, humanitarian aid … They quickly threw everything into the car, ran away from there. On that two-day trip, we spent the night only in hotels. And they were looking for a hotel so that it would be closed, right on the iron bolts, and so that there would be a submachine gunner. It was a priority for us, because it is dangerous there. 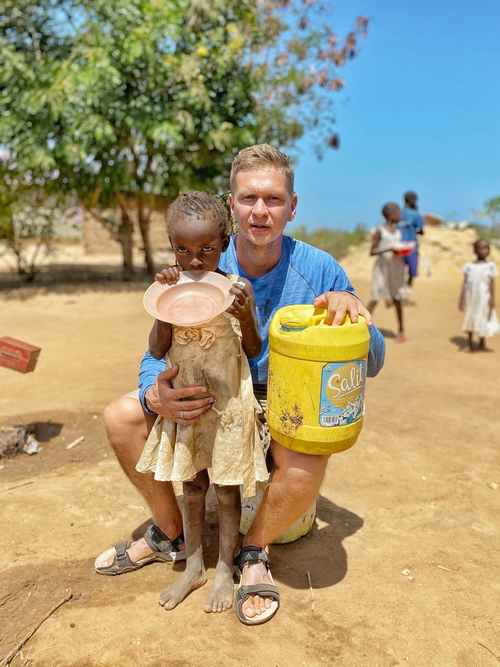 Volunteering is important because we live in a world where there are people in need. There are rich people, there are poor people, maybe there is a disabled child, maybe a grandmother or a grandfather. That is, there are a lot of problems in our world. Naturally, we, as people, must help each other. I believe that there is probably no problem that we cannot solve all together. If we unite, help, then there will be fewer problems, more good. In fact, in order to help people, you do not need to be rich; to help people, you need to be kind.

Earlier we published a kind author’s column of a Siberian who visited an uninhabited island littered with litter in the USSR. There he does not take a connection and polar bears roam.

Apartments have risen in price by 25% over the year. Will a housing crisis await us?