In the center of Novosibirsk, a scandalous construction was resumed. The conflict between the developer, local residents and the authorities has reached a new level: some are checked by the prosecutor’s office, others are fined for protest banners on the facade

The discontent of Novosibirsk residents with infill development has been ripening for many years, but in recent years it has begun to reach a new level. The most acute and, perhaps, indicative case is the conflict between the residents of the Chelyuskinskiy housing estate, the mayor’s office and the developer. Local residents have already achieved prosecutorial inspections, but while the legal process is dragging on, construction is underway. But people do not intend to give up.

Alexander Eltsov, a resident and the chairman of the HOA of one of the houses next to the construction site, spoke about how one initiative group is fighting the system. We publish his opinion.

Residents of the Chelyuskinsky housing estate achieved a new check on the increase in the area of ​​the site at 132 Krasnoyarskaya at the expense of municipal land (which, in fact, was presented to the developer), and, according to the prosecutor’s office, it became possible thanks to the fraudulent actions of the developer and officials at the Novosibirsk city hall. 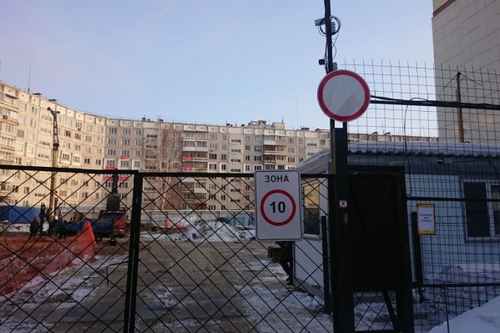 At the end of last year, the city prosecutor’s office filed a lawsuit against the mayor’s office on the illegality of changing the type of land use. According to the documents of the court, the city authorities, having allowed to build a residential building on the ground for storage facilities, violated their own standards. Places in existing schools and kindergartens are catastrophically small and clearly not enough for the population of the Chelyuskinsky massif. If the judge makes a positive decision and cancels the decision of the mayor’s office, the building permit will be automatically canceled (in January, the mayor’s office of Novosibirsk, however, argued the opposite. – Ed.). The first meeting is scheduled for March, despite attempts by both the authorities and the developer to delay this process.

At the beginning of February, at a meeting of the working group, which was created by the mayor’s office, they promised that a geo-forecast would be ready soon – an assessment of the impact of the construction site on the surrounding houses. Anatoly Pavlov, General Director of the SMSS Group of Companies, which includes the developer, the Yenisei company, promised that there would even be two such reports: one from SGUPS, the second from a reputable Moscow company.

And on February 9, a 1.5-page document “Assessment of the impact of excavation and construction of a new building on the surrounding development” appeared on the website of the Administration of the Central District, without signatures and seals, authored by BOA project. Where and how the residents of the building on Zheleznodorozhnaya 8/1 can get acquainted with the real geo-forecast is not clear. The developer ignores requests from residents for these materials. In private conversations, representatives of contracting organizations (for example, “TEZIS”, which carried out survey work) feared the impact of the construction of a new house on the structures of neighboring ones. For many residents of the house on Zheleznodorozhnaya, 8/1, after the start of construction, plaster began to fall from the cracks, and the cracks themselves began to grow.

At the same time, from mid-February, the construction site came to life: they began to actively dig a foundation pit. Probably, the developer is in a hurry to dig a hole for himself and plans to appeal in court that part of the house has already been built. The rush puts the builders at risk: they often work without helmets in the hazardous areas of the excavator and rig. In general, safety standards are violated regularly.

The developer is actively working: local residents believe in order to then appeal to equity holders who may suffer due to the conflict

Neither the developer nor the mayor’s office like the active protests of the residents of the houses adjacent to the construction site, of course. Banners on the facades of houses are trying to be recognized as illegal: on December 22, 2020, the MAYAK HOA even received a fine of 10,000 rubles for them (it is now being challenged in court). And on February 5, 2021, the Prosecutor’s Office of the Zheleznodorozhny District initiated an inspection at the MAYAK HOA at the request of a representative of SZ Yenisei LLC. One of the points of this check is those banners. On what basis the developer can instruct the prosecutor’s office, and that, in turn, carry out such checks, I personally do not understand.

But the apotheosis of the struggle of the Novosibirsk mayor’s office with residents who disagreed with the construction site was an attempt to impose an easement on the plots adjacent to the construction site – supposedly to legalize the passage of equipment. It turned out that the initiator was the chairman of the HOA at 6/2 Zheleznodorozhnaya and the deputy of the Novosibirsk City Council Anton Tyrtyshny. At the same time, the deputy did not even consult with any of the residents, who, by the way, are at his polling station. Having learned about such legal lawlessness, the tenants of the house on Zheleznodorozhnaya, 6 complained about their deputy to the head of the City Council commission on ethics, Dmitry Asantsev.

Local residents are convinced that working in such proximity to technology is a violation. They sent a complaint to Rostekhnadzor, but have not received a response yet

We are persistently trying to draw the attention of the authorities to these violations, but officials do not want to delve into the essence of the violations and take at least some action. Officials give answers, but they do not give answers to the questions posed. It turns out that no one is responsible for monitoring compliance with urban planning legislation in our country. Officials only formally rewrite the data of the permits received by the developer.

Maybe this is the reason for the existing chaos in the construction industry? Moreover, from these answers, some residents draw a conclusion about the possible affiliation of the developer “Yenisei” with representatives of regional ministries of the departments of the mayor’s office. One thing is clear: only a court can cancel a building permit.

Residents of Novosibirsk often encounter inaction on the part of the authorities. Last week, a townswoman told how she tried to overcome the system and clear snow from the Gusinobrodskoe highway. And in February, another resident of Novosibirsk described what the city authorities are doing to prevent a new park from appearing in the city.

Where do the biggest tomatoes grow in Russia?