Fontanka spoke with the participants in the rescue operation that unfolded a few days ago in the Murmansk region: there an avalanche descended on one of the tourist routes. Refrains – “confusion” and “no one could make a decision.”

The journalists found out why the governor of the Murmansk region prematurely called the schoolgirl Nastya from St. Petersburg dead. One rescue unit reached the tourist group, another kept in touch with it, and the resources of the third – trained in mountain evacuation – were distracted by the injured leg of the tourist.

At 6 pm on March 22, the dispatcher of the city of Monchegorsk received a call about children covered with snow in the largest mountain range of the Kola Peninsula – the Khibiny.

A municipal rescue service is located in Monchegorsk. It feeds her local budget. We have 13 employees and 3 snowmobiles at our disposal. The service is not responsible for the Khibiny. The call passed, since the Mannepakhk mountain, from which the avalanche descended, is adjacent to Monchegorsk.

Khibiny is the area of ​​responsibility of the Arctic Center of the Ministry of Emergencies. The Monchegorsk dispatcher reported an avalanche. They answered him: “Send your people.”

“We have no admission to mining,” the Monchegorsk interlocutor told Fontanka without a shadow of complaint. – Money is not pampered, there is no special technique. But we did our best. Equipped four snowmobiles – state and private, our employee. Seven people went to the mountains.

The residents of Monchegorsk overcame the lake that separated them from the Khibiny and got to the Imandra railway station, from where the children began their hike. They were ten kilometers away. But the municipality did not have a route along which the group went to the mountains. They saw only the end point, determined by the GPS coordinates of the alarm call, and drove blindly on the unbeaten path. Buried in an impassable area. Snowmobiles were replaced with snowshoes.

The avalanche on the slope of Mannepakhka found about 30 children from St. Petersburg, Fontanka found out. They made up two groups of the Skif tourist club. The first consisted of 13 schoolchildren and three club employees. Sergey Smirnov, Yuri Golovanov and Natalya Kalacheva are considered experienced hikers. They have been working at Skif for a long time.

“A snow canopy about a hundred meters long and about two and a half meters deep descended on the group,” Yuri Golovanov told Fontanka. – Four students fell asleep. Three were quickly dug up. Nastya could not be found.

Having felt the snow that had melted with their skis, the children and the instructors began to dig a trench. About two and a half hours later, at a depth of one and a half meters, Golovanov came across a girl.

“She was unconscious. The thread-like pulse of the smartphone screen brought up to the face fogged up, – recalls Yuri. – Sergei Smirnov and I were in the trench. On mobile communications – the center of crisis situations of the Ministry of Emergency Situations of the Murmansk region. We were told how to perform resuscitation. We kept Nastya on artificial lung ventilation with mouth-to-mouth breathing.

The pulse periodically disappeared, but the girl’s body clung to life.

The rest of the children were taken down the slope to the stream. They set up camp.

The first rescuers – municipalities from Monchegorsk – reached on foot at about three in the morning.

“They confirmed that Nastya is alive,” says Golovanov. – There was nothing to transport it, and we didn’t know if there was any evidence for transportation. There was no medical professional. We should have done it earlier.

On the evening of March 22, the Governor of the Murmansk Region, Andrei Chibis, announced the death of Nastya. He was echoed by the local Investigative Committee.

According to “Fontanka”, the head of the second group of “Skif” Yuri Zverlov reported to Chibis about the affairs on the slope of Mannepakhka on the evening of March 22, long before the arrival of the rescuers.

“It so happened that the authorities accepted and disseminated hasty information,” an employee of the Murmansk Emergencies Ministry admitted in a conversation with Fontanka. – Still, only doctors should record death.

Zverlov did not speak to Fontanka.

Nastya was reanimated. The premature reporting of her death angered her parents, and at night she drove the governor Chibis to Monchegorsk to lead the rescue operation.

Aviation was required to evacuate Nastya – or at least deliver doctors to the mountain. With her in the Murmansk region is sparse.

At night, a Mi-8 helicopter took off from Murmansk to Monchegorsk with the staff of the Disaster Medicine Center. It does not belong to the Ministry of Emergency Situations – the Vologda Aviation Enterprise provides medical services to the Murmansk region under the contract. The helicopter is on lease.

– The Mi-8 did not fly to the mountains. The disaster medicine center has its own leaders, its own flight regulations, ”the Monchegorsk rescuer told Fontanka. – Then the governor called the Aeroflot helicopter from the Murmansk airport. He flew up to the mountain, but because of the turbulence he returned. I could not sit down or let the doctors down. The operation involved the Monchegorsk fire department, GIMS, and Murmansk rescuers. There are many forces and means, but in the end no one could make any single decision.

Nastya fought for her life and waited 12 hours for doctors’ help, her mother said. According to Fontanka’s interlocutors, the wait lasted longer.

At night, two investigators and two doctors from the Monchegorsk hospital – a paramedic and a resuscitator – were sent to the mountain, accompanied by rescuers from the Arctic Center of the Emergencies Ministry. They walked six kilometers on foot on snowshoes. We moved slowly due to the lack of physical training. In the morning we got there. They tried to revive the girl and recorded her death.

The Arctic Center of the Ministry of Emergency Situations of the Murmansk region consists of three search and rescue units. Two are focused on water rescue and are stationed in Murmansk. The third is mountain-trained. It is located in the city of Kirovsk, in a not very presentable building, surrounded by snow-covered vehicles.

The Kirov Center has a branch in the center of the Khibiny – a control and rescue station on the Kuelporr mountain peak. According to social media, tourists visit this station as a tourist attraction.

A few days before the tragedy with Nastya, the Kirov Center conducted exercises to rescue people from the mountains. And on March 22, on the day of the avalanche from Mannepakhk, rescuers were diverted to the Partomchorr South Pass, where a tourist injured her leg.

Fontanka spoke with the staff of the Kirovsky Rescue Center. They believe that they did everything possible to get to the children at Mannepakhk’s: “There is nothing to blame us for.” 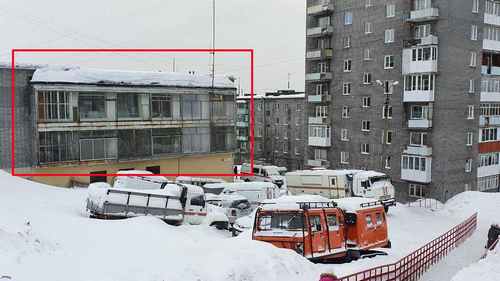 The Khibiny mountains are considered the most avalanche mountains in Russia. Several people die here every year. The avalanche hazard service in Kirovsk was created only in 2017, and avalanche bulletins began to appear on an ongoing basis in 2020.

Russia has closed flights to Turkey and Tanzania There are queues for fuel in Khabarovsk. Will there be a deficit in other regions?