In Novosibirsk, prices for food and meals have risen. Catering prices are showing opposite tendencies. Rosstat noted the rise in prices at catering enterprises.

The restaurateurs themselves admit that they are forced to increase prices for some dishes even more than the statistics noticed. The main reason is the rise in food prices and the rise in other costs. Stas Sokolov, observer of the NGS, looked at how the budgets of a modest dinner and a trip to a fashionable establishment changed over the year.

And I found that those who are ready to spend a couple of thousand rubles for dinner, expenses even dropped a little. But everyone else will have to tighten their belts.

According to Rosstat, the average price of a business lunch (statisticians call it “lunch in a cafe”) increased over the year from 299 rubles to 316 rubles, and a dinner in a restaurant with alcohol (how much alcohol is required, Rosstat does not specify) – from 3106 rubles to 3270 rubles. In both cases, we are talking about an increase of 5.3-5.8%. 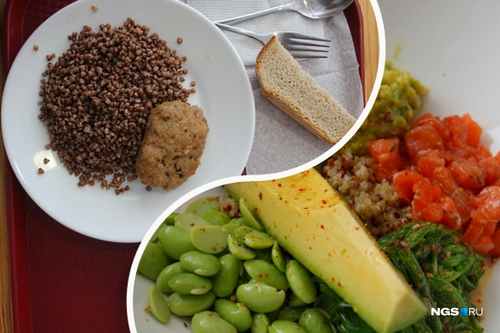 However, pricing in the restaurant business is more complex and flexible than in simple food production. The price of a dish is only partially determined by the cost of the products from which it is prepared. In some cases, the food cost (that is, the grocery cost) may not exceed 15–20%, because a visitor to a catering establishment pays for convenience, speed, or, conversely, for the atmosphere and the opportunity to feel like belonging to a certain circle.

In this sense, price increases are most accurately reflected by prices in chain canteens. On the one hand, the public there was initially not rich, who came to just eat, on the other hand, the companies that operate these canteens have the opportunity to purchase raw materials at favorable, wholesale prices.

In the institution of the largest chain of canteens “Sunny Day” (the old name is “Sunflowers”) on Krasniy Prospekt, for example, there is still a promise of a set lunch for 129 rubles at the entrance. This is already more than it was at the end of 2019 (then the minimum complex cost 119 rubles), but a surprise awaits the visitor inside. Now the complex costs 149 rubles.

To the credit of the owners of the “Sunny Day” dinner, which has risen in price, has retained both the size of the dishes and the relatively decent quality. Although the former queues are no longer here even at rush hour. Some of the usual clientele seem to have switched to dining from home in containers.

The main competitor of Sunny Day, the Vilka-Lozhka chain, is trying to keep prices down, as they say, at any cost. The minimum cost of the complex is still 119 rubles, but now it is coquettishly called “business lunch light”. “Lightness” lies in the fact that you have to choose between soup and salad, and hot, too, does not look very appetizing. Although they offer more expensive buckwheat as a side dish. To get a three-course meal, you will have to fork out another 20 rubles.

At the other end of the price pyramid, however, the situation is reversed. The Avocado Queen establishment, invented by the capital’s restaurateur Arkady Novikov (and opened in Novosibirsk by the Bochkari restaurant group), has become much more accessible over the year. So, fried avocado with crab and poached egg now costs 800 rubles instead of the previous 890, and Pavlov’s dessert has completely lost 22% in price and is sold for 350 rubles. Regular customers, however, complain that the portions have also become smaller. The crisis spares no one. 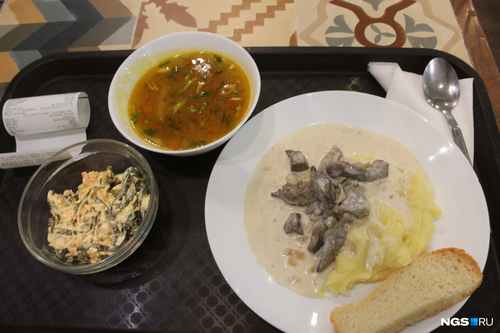 The restaurateurs themselves say that the real rise in food prices is even greater than the Rosstat has already managed to record. Andrei Korotyshev, co-owner of the Georgian restaurant Mishiko and the Italian trattoria La Trenta, said that chicken increased by 18% only in March, and in general, the price increase compared to January of this year was 6–8%.

– We slightly raised prices for some items in January, but this margin has already been eaten by the increase in purchase prices. Most likely, you will have to raise prices for something else, – Andrey Korotyshev admits.

The owner of Buon Appetito and Vash Lavash establishments Vakhinak Hovhannisyan also speaks of an increase in the cost of products in various positions from 5 to 50%, pointing out that not only food, but also disposable tableware is becoming more expensive (an average annual growth of 10-15% ), without which the work of fast food outlets is now impossible. Oganesyan also adds that restaurateurs have to bear additional costs due to the pandemic: gloves, antiseptic, masks – even for a small establishment, this means additional costs of 30-40 thousand rubles a month.

The head of the Kuzina chain, Evgenia Golovkova, notes that raw material prices have begun to grow rapidly since the fall of 2020. At the end of the year, this growth for some positions reached 30%.

“After all calculations and analysis of the dynamics of changes in commodity prices for 2021, we were forced to raise retail prices by an average of 10% in order to partially offset our losses in profitability and try to return at least to the level of early 2020,” says Golovkova.

However, as the owners of the establishments admit, the main question for them now is not whether visitors are ready to pay 10-15% more for their usual dishes, but whether people, in principle, will have money to go to restaurants. Rising prices and uncertainty about the future are forcing Novosibirsk residents to cut costs that can be avoided, and going to a restaurant looks like the most obvious victim.

In the meantime, restaurateurs are trying to learn how to operate at low prices. At the end of March, the One Price Coffee chain should start operating in the Novosibirsk Gallery shopping center with prices for many drinks only 60 rubles. How much time do we waste in traffic jams: stories of Novosibirsk residents