The latest issue of our weekly column “Oncolikbez” is dedicated to World Cancer Day, which is celebrated on 4 February. Medical observer of the NHS Maria Tishchenko talked with oncologist Grigory Abdullin about what is primarily of interest to people who have never come close to the topic of oncology.

We publish answers to 10 important and simple questions.

Grigory Abdullin is a doctor-oncologist-mammologist of the Novosibirsk Regional Oncological Dispensary.

– Why do people get cancer, what provokes it?

– Conditionally, the factors of the development of the disease can be divided into several types – physiological, chemical, biological, genetic.

Physiological – this is radiation, increased insolation (prolonged exposure to the sun can lead to skin cancer). 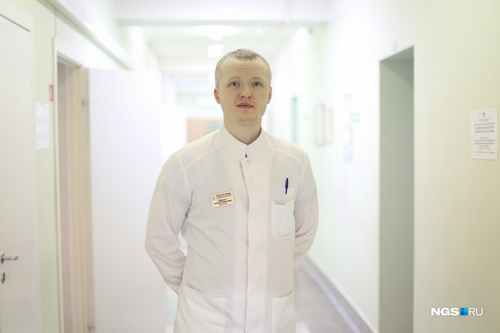 Chemicals are the well-known smoking, the consumption of various chemicals during the combustion of tobacco, alcohol, some drugs and other substances with a carcinogenic effect that people use, as well as radiation.

Biological – this is, for example, the human papillomavirus, especially oncogenic types 16 and 18 (how to protect yourself from them, read here), which in women leads to uterine cancer. Recently, more and more genetically determined malignant formations have been discovered. Physiological – here we are talking about the fact that with age, the risk of malignant tumors increases.

– What types of cancer are inherited?

– Today, several nosologies have been identified, according to which you can donate blood for analysis and determine if there is a genetic predisposition. For example, this can be done to determine the risk of cancer of the breast, ovaries, bowel.

According to modern statistics, up to 10% of breast cancer is hereditary, in ovarian cancer even more – about 20%. But, if someone from close relatives had cancer, this does not mean at all that the younger generation will get sick, and, unfortunately, on the contrary: if no one was sick, this does not mean that the person will not get sick either.

– Is it possible to identify common symptoms for all cancers?

– This is the problem: our task, oncologists, is to identify the disease at an early stage, then the likelihood of cure is very high. But just in the early stages, oncological diseases often do not make themselves felt. These are often accidental finds. For example, if in breast cancer a woman has a tumor of 1–2 centimeters, and her breasts are of the third or fourth size, then it is practically impossible to detect it herself, if there are no special signs.

Also in case of stomach cancer: discomfort is perceived as gastritis. People treat it for a very long time, they treat it, until stenosis already occurs and food is evacuated from the stomach. With lung cancer at a late stage, hemoptysis appears, but as long as the tumor is small, it does not bother the patient either.

Therefore, screening is needed in order to detect malignant tumors in the early stages.

– What types of screening tests should be done periodically, for example, starting at the age of 30–35?

– Screening does not depend on age, it is important that each person is examined and preferably annually. If we are talking about 30–35 years, then this is an examination and ultrasound of the mammary glands, ultrasound of the pelvis, examination by a gynecologist, ultrasound of the abdominal organs, X-ray of the lungs and FGDS. Of course, you need to take care of yourself, the appearance of some new moles, an increase in their size.

As a person grows up, men need to take prostate specific antigen (PSA): the older the man, the higher the likelihood of developing a prostate tumor. And after 40 years, mammography is added to women.

But it is not necessary to exclude an examination by an oncologist, because he gives us something that we will not see in the pictures, for example, discharge from the nipples, changes in the skin. Recently I had a patient whose education is not determined by ultrasound, she is interpreted simply as a lobule of the mammary gland, and a clinical examination showed signs of a malignant tumor. We did a biopsy and confirmed it. If the patient did not get to the appointment, perhaps she would have gone further and did not know about the diagnosis, and the disease progressed.

– How can a blood test be suspected of cancer, or are only tumor markers indicative here?

We can see indirect signs – for example, with a disease of the right half of the intestines of the ascending section, there is anemia – a decrease in the number of red blood cells and a decrease in the hemoglobin content per unit volume of blood. But there are many other nosologies in which anemia is also noted – iron deficiency and others.

If we talk about tumor markers, then we have already noted PSA, which can be used to determine the presence of a prostate tumor by donating blood from a vein. An increase in the CA-125 tumor marker raises a suspicion of ovarian malignant disease.

– What methods of treating malignant tumors are currently used?

Targeted therapy (from the word goal, target) is the effect of a drug, a monoclonal antibody, on tumor receptors in order to suppress its development. The task of immunotherapy, which has been actively introduced since 2013, is to stimulate one’s own immunity so that there is a hyperimmune response that kills the tumor. But immunotherapy has its own nuances: it can cause autoimmune changes – the effect on healthy tissues. So that people do not think that it can be used for everything, only for certain clinical cases. Everything needs to be done under the supervision of a specialist.

– For what else, besides brain tumors, is the Gamma Knife used, which allows removing tumors without surgery?

– “Gamma Knife” is a stereotaxic therapy that has become popular lately (read here how treatment is performed without surgery). At the moment, it is used for diseases of the brain and organs of vision, for example, with retinoblastoma (retinal tumor). Now, as far as I know, the new Gamma Knife devices have learned to work on the upper parts of the neck, for example, in the region of the larynx, the root of the tongue.

– Is it true that people with cancer often die not from the malignant tumor itself, but from complications or from chemotherapy?

– Now chemotherapists are highly qualified: when the risk for the patient is higher than the feasibility, no one will conduct chemotherapy. But on the whole, the treatment has reached such a level that we have a huge amount of accompanying therapy, which allows us to tolerate even the most complex and toxic chemotherapy. Only hair loss, which is then restored, until we can stop, but we treat nausea, vomiting, toxic syndrome.

And with complications it is really so: for example, in lung cancer, there is metastatic pleurisy – when fluid accumulates around the lung and begins to press. It becomes difficult for a person to breathe, and he will die from this, from the progression of the disease.

– How to prepare the patient and his relatives for such a diagnosis?

– Firstly, according to the laws of the Russian Federation at the moment from the point of view of deontology – the ethical side of communication between a doctor and a patient – the patient must know all the information about his disease. The doctor should not hide anything, even if some very serious disease is detected, for example, cancer in the fourth stage. The patient needs to know.

Oncologists are quite calm in these matters, so this calmness is transmitted to patients. If the doctor approaches the patient correctly, explains that he will be treated, and does not emphasize that the person is dying, then the correct attitude is transmitted to the person. This is already a definite share of success.

As for relatives, you definitely need to talk to them, but many do not make contact. I can say that even half do not come to the attending physician. I don’t know what it’s connected with. Maybe because we give a sufficient amount of information to the patient and he himself transfers it to loved ones.

But still there are those relatives who ask how to behave. The main thing is not to let the patient feel like a burden. Relatives should help in everything. This is constant transportation, visiting specialists. But many of our patients are independent. True, patients with more advanced disease require more care. Relatives should be prepared for this.

– Can cancer be cured?

– Sure. This is our task. But the earlier a tumor is detected, the higher the chance. For cured patients, the concept of five-year survival is very important. It is important for oncologists that the patient survives this timeline without relapse. For many cancers, this will be considered a cure (read the story of the brave Masha, who was diagnosed with cancer at the age of 21). But one way or another, an oncological patient remains under observation throughout his life, undergoes scheduled examinations.

In the first year after complex treatment, examinations and examinations are carried out every three months, for example, for breast cancer – ultrasound, X-ray. Then annually. In the foreground with such a disease is the cure, and then the aesthetic side – either the preservation of the mammary gland, or its reconstruction. Patients often ask questions on this topic.

The main thing is that there is no need to be afraid of an oncologist: it is not his fault that the tumor has formed, but the only one who can help. I had a young patient who was diagnosed with breast cancer at the age of 27. They conferred with their family, did not believe it, and went to the healer for treatment. After two or three months, the first stage turned into the second, when it is necessary to carry out more extensive treatment. Fortunately, there are fewer such stories now. If something appears, you should immediately consult a doctor. An outbreak of child suicides occurred in Russia in a week