Rospotrebnadzor has officially confirmed the emergence of new strains of coronavirus – British and South African. In many European countries, a lockdown has already been introduced, and new strains have begun to lead among new cases of coronavirus.

According to the head of Rospotrebnadzor Anna Popova, most cases of the import of new strains are in Turkey, where the number of infected continues to grow at a record.

Does this mean that we will have the same as in Turkey and Europe? The doctors told our colleagues from E1.RU whether the third wave of COVID-19 will come and what needs to be changed in testing and monitoring patients in connection with the arrival of new strains. As for Turkey, from Monday charter and part of passenger and cargo flights to Turkey will be banned.

Another possible option is that for tourists arriving from Turkey, a 14-day quarantine will be introduced. There will be no complete ban on all flights. Was it too late to catch up? And is it worth it to impose restrictions?

Are new strains of the virus more infectious?

“According to the research data that are now available, there is no evidence of a high contagiousness (infectivity) and high virulence of the British strain,” said Dmitry Kozlovskikh, head of the Sverdlovsk Rospotrebnadzor.

Are the symptoms different?

Doctors who have already seen patients with new strains answered the question of interest to everyone: is a mutated virus more dangerous?

“So far, doctors have little experience of observation, but the symptoms in patients do not differ in any way,” said a doctor familiar with the situation. – The fact that a person has contracted another strain can only be found out through research. 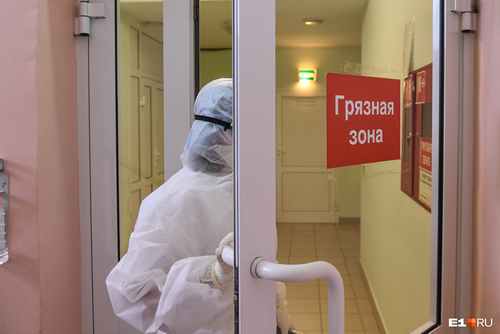 How to slow down their spread?

“It should be noted that the new strain was imported from Turkey,” said Alexander Solovyov, an expert in laboratory diagnostics. – And there is now a sharp increase in the incidence. For several days now, she has been breaking records, more than 40 thousand new cases every day. There have never been such indicators for the entire time of the pandemic. Istanbul has the highest incidence, more than 550 cases per 100 thousand population. In Germany, quarantine is introduced for citizens of countries where the incidence is more than 200 cases per 100 thousand.

Alexander Solovyov believes that when crossing borders, it is necessary to quarantine residents of countries that are in the “red” zone in terms of morbidity. And in Turkey now, according to the expert, three strains are actively spreading with the predominant distribution of the British.

“We also need to take into account how many flights to Turkey we had in recent weeks, and the rate of increase in direct flights is only increasing,” the doctor said.

An expert in laboratory diagnostics claims that in our country and region, the dynamics of the spread of coronavirus is similar to that in European countries at the beginning of the third wave. To slow down proliferation, you need to change your testing strategy and increase contact surveillance.

“These are the bells that make you think about your personal safety,” said Alexander Solovyov. – First of all, the incidence among schoolchildren will increase. The testing strategy needs to be drastically changed, testing in critical groups should be strengthened. Check all students with signs similar to the coronavirus. And also change the testing and monitoring of people who return from countries with high incidence rates.

The expert said that there is a single principle of protection against the import of infection. Now, upon returning from other countries, the townspeople must pass the test in the next three days. But, if a person becomes infected on an airplane or just before departure, the test is likely to be false negative.

– In an amicable way in relation to those who return, it is necessary to introduce quarantine measures, – said the expert. – And for those who want to get out of quarantine earlier, it is compulsory to pass the second test. It is necessary to increase testing of all cases associated with symptoms similar to the course of coronavirus, to intensify work with contacts, to do everything that was done during the rise in the incidence.

Why restrictions if new strains have already arrived?

– The point of all restrictions is to prevent high mortality. It is important to minimize the spread of the virus. The more and faster people fall ill, the more severely ill patients and the faster they are overloaded with work with covid patients in polyclinics, ambulances and hospitals. As a result, mortality from both covid and other causes increases due to the fact that it is impossible to provide other medical care, since the health care system is disrupted.

Does this mean that the third wave of COVID-19 is coming soon?

The epidemiologist said that in the near future the incidence will grow, there are all prerequisites for the development of the third wave. But still an effective way of protection is wearing masks and keeping a distance.

“The emergence of new strains in our country is quite an expected event, they are spreading around the world, despite the restrictive measures,” said the epidemiologist. – New strains will cause unpleasant epidemiological situations, local outbreaks, you just need to be prepared for this. The pandemic has not been canceled, but everyone can take care of themselves: wear a mask, keep a distance and transfer all trips abroad.

The epidemiologist suggested that in the near future molecular technologists will finalize the current test system. When it has captured all the strains, our doctors will return to routine monitoring. So far, samples are checked with separate test systems.

The precondition for the third wave is created by the fact that over time antibodies to coronavirus disappear in those who have been ill, immunity lasts from two months, presumably up to a year. Secondly, the virus mutates, and new strains provoke new outbreaks of disease. Third, the proportion of people who have not yet met the virus is large.

– What we see: people have already relaxed, but no covid, – said the epidemiologist Soloviev. – Doctors in hospitals, laboratories, scientific institutes have not even raised their heads this year. We are constantly thinking about how to make a vaccine resistant to new strains, how to transform test systems, and so on. And for the people, it’s as if it’s over.

The head of the Sverdlovsk Rospotrebnadzor Dmitry Kozlovskikh also spoke about the possibility of a third wave. The sanitary doctor attributes this to an increase in the flow of vacationers in the summer.

Was it worth it to introduce restrictions earlier?

The Russian virologist and epidemiologist, chief researcher at the Gamaleya Research Institute of Epidemiology and Microbiology Anatoly Altshtein believes that the decision of the headquarters to close Turkey’s potential for Russians is absolutely justified.

– All orders that limit the possible spread of the epidemic are useful. And they need to be supported. The proposal to close Turkey to Russian tourists is absolutely reasonable. Better late than never, says Anatoly Altstein.

The epidemiologist added that the Turkish strains are not very different from the Russian ones.

– In Turkey, no South African strain has been identified, which is the most unfavorable in terms of the effect of vaccines on it. Therefore, it is possible that the import of coronavirus strains from Turkey is not very scary for us. Since these are about the same strains as ours.

Is the vaccine effective?

– According to our data, Russian vaccines are effective against these strains. Vaccinated people are guaranteed not to get a severe course of the disease, even if they become infected. But preventive measures, of course, should be followed even by vaccinated people, – said the chief sanitary doctor of the region.

Alexander Solovyov also claims that, according to research, our vaccine protects patients from severe forms of the disease. In order for the pandemic to stop, a high herd immunity is required – 75–80%.

– Recent research data demonstrates the effectiveness of the vaccines used in relation to new strains. It is reduced, but at the same time, the level of protection after vaccination allows you to protect against serious illness and death. In Israel and the UK, where most of the older people are vaccinated, the impact of vaccines is already noticeable: morbidity, hospitalization and mortality have dropped significantly. Herd immunity after the previously transferred covid is still not enough. Previously, it was believed that to stop the epidemic, it is enough for 60% of people to develop immunity. With the advent of new strains, the bar has increased – you need 75-80%! This is only possible with vaccination.

Experts had predicted the third wave earlier, they assumed that it would begin in the second half of March.