After a high-profile road accident staged by blogger Edward Beale in the center of Moscow, the journalists of the YouTube channel “Redaction” asked the question: are urban extreme people really a great danger for ordinary citizens, or this danger is exaggerated.

The heroes of the new release by Alexey Pivovarov are extreme sportsmen, including roofers. Siberian Vadim Makhorov is one of them. He and his companion Vitaly Raskalov are announced in the issue as the authors of one of the most watched Roofer videos. In 2014, they climbed the Shanghai Tower, China’s tallest skyscraper.

– How can you regulate this “entertainment” – this adrenaline hype? And how justified are the accusations that when extreme people post their “exploits”, they propagandize their way of life among young people, ”the presenter asked at the beginning of the program. With each hero Pivovarov talked one on one.

– You were both a rufer and a digger.

– In general, I like the term urban exploration (industrial tourism and urban exploration) – in the sense that it is not only about roofs, but the whole city. It includes both dungeons and some abandoned things. At some point, dungeons became interesting to me, but that quickly passed. The roofs gave me the most impetus for development, – Makhorov explained.

– You told in some interview that when you climbed onto the roof of a 9-storey building as a child, you were very scared. So you had a fear of heights?

– I basically had it, yes. I believe that the fear of heights, if you climb on roofs, it should be. Because fear is what makes you adequate to the situation. He stops you at the right moment. If you do not have this fear, maybe you are already a psychopath or have been doing this for so long that you have already forgotten it. But with me – take, for example, the Shanghai Tower – when I stood in front of this huge arrow, I thought: “What the hell am I doing this at all?” But then I think: “Well, of course, I have to climb.” You overpower yourself, start doing – and then everything is fine.

– In principle, my vision of Roofing and Vitaly (Raskalov. – Ed.) – it coincided. It consisted in the fact that in roofing it is not the most important thing to get on something. It is important that something else remains after us.

– Let’s explain the technology. You didn’t climb the outer wall. Have you entered the building? – Pivovarov asked Raskalov.

– It depends on which building and which place. If the building is ready, there is already a security guard. Then it is best to enter from the back stairs. If the skyscraper is still under construction, the best option is to change into a worker. But this method doesn’t work in China. Because we have a European appearance. They will immediately ask you what you are doing here. Therefore, for example, when we climbed the Shanghai Tower, we climbed on the Chinese New Year, when 90% of the security on the entire construction site leaves for relatives, – the rufer explained that he and Makhorov came to the country as tourists.

– I know that after that they took away the whole change of guards.

– Are you not ashamed of the people who suffered because of your vidos?

– I try not to think about it. Apparently, they did their job poorly.

Makhorov remembered the only time they were detained by the police.

– When we were in America, we had just a case that the police caught us on the roof. Moreover, they have no special locks, there is a sign “Do not enter”. But we are Russian guys. Written – but nothing is closed. The police came, they played with us at the good and bad policeman, and we played at the naive tourists. There were two more girls with us – local ruffers. It was in Chicago. They almost begged the police in tears: “They’re just tourists, we just showed them the city, let’s go without fines.” It all ended with the fact that we were told: “That’s it, guys, don’t repeat it anymore.” And we said, “Good.” And they left.

In America I was caught once. And if we were arrested, it would be a lawyer – 10 thousand dollars, correctional labor, or you will be held in custody. They consider it a serious crime to enter anywhere, ” Raskalov added, adding that one of the roofers is now in an American prison. He doesn’t have $ 500,000 to bail. 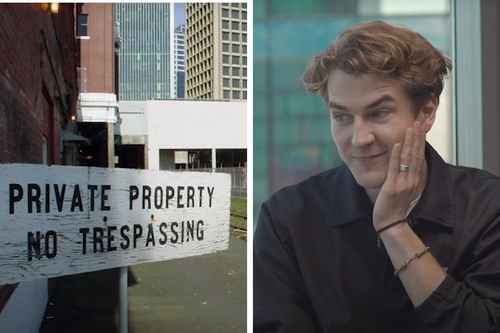 The roofers also said what brings them income.

– I didn’t know what monetization of videos up to 50 million views is. Then some newspaper from Novosibirsk wrote that we earned more than $ 100 thousand on views, but we didn’t. Now some money is dripping, but at some point YouTube’s rules changed and 18+ content is no longer monetized, you don’t make much money there. But I didn’t have a goal of making money on YouTube, as well as on roofing. All of this was done because we were looking for adventure and we wanted to take cool pictures. I had a three-year contract with OPPO (a Chinese company that manufactures electronics), they paid Vadim and me 50 thousand dollars a year for what I only shot on their phones, says Vitaly Raskalov.

– There is an opinion that the roofers were not particularly touched until you were engaged in politics, – asked the presenter.

– Yes, when Roofer Mustang painted a star on a skyscraper on Kotelnicheskaya embankment in 2014 in the colors of the Ukrainian flag and left. At that time, there were four basers (engaged in base jumping. – Ed.), They ended up in one place at the same time. They were tier below. They jumped – they were caught by the police, tossed them cans of paint and held them until the Mustang returned. He didn’t come back. They spent 1.5 years under house arrest. Although they have nothing to do with it.

Makhorov answered negatively to the question whether fines can become an obstacle for extreme sportsmen.

– Do you think that the fines will stop? It seems to me not. In Moscow, fines for traffic violations are constantly being raised, but, in my opinion, this does not work very well.

At the end of the interview, when asked why he eventually abandoned roofing, the Siberian replied: “Where to climb? We have already covered everything, we have flown around everything. Everything has its time, you need to have time to do everything on time. “

Now Vadim Makhorov is actively involved in photography. You may have seen his work at NGS. In December, he filmed the freezing Novosibirsk from a height. Makhorov recently spent a week touring Chukotka with the team. The photographer brought back many beautiful pictures from the trip.

In February, another roofer from Novosibirsk climbed another skyscraper in St. Petersburg.