The word “psychosomatics” itself is widely known today, but few people understand how it actually works. Some do not believe in it at all, others blame everything on it and believe that all diseases can be cured by “working through the emotions.”

Today in the weekly column “What hurts you?” together with a doctor and psychologists, we figure out what psychosomatic pathology really is and why go to a psychotherapist with bronchial asthma.

What is psychosomatics and where does it come from?

The existence of so-called psychosomatic pathologies is recognized not only by psychologists, but also by doctors of various profiles. Experts’ data on how widespread this phenomenon is differ – some say that every third patient comes with psychosomatics, others – every tenth.

“If we turn to statistics, then about a third of all patients seeking medical help suffer from various emotional problems,” says medical psychologist Ekaterina Tumasova. – Back in the middle of the last century, it was scientifically proven that there are a number of diseases caused by psychological trauma and anxiety. These are, for example, bronchial asthma, hyperthyroidism or gastric ulcer. Today this list is even wider: migraines, obesity, myocardial infarction and many others.

According to the psychologist, in children in the first place among the psychosomatic reactions are abdominal pain, nausea and vomiting, which are not associated with food intake and are the result of emotional experiences and worries.

– At the appointment with a gastroenterologist, such patients often complain of a feeling of a lump in the throat when swallowing or abdominal pains that are not associated with food, but can arise or worsen against the background of various psycho-traumatic factors, says Doctor of Medical Sciences, Professor Olga Teplyakov. If such a patient visits a pulmonologist, then his main complaints will be shortness of breath, a feeling of lack of air, although there are no objective prerequisites for this. By the way, in the first months of the COVID-19 pandemic, there was a distinct increase in panic disorders: a lot of people felt breathing problems. In turn, a rheumatologist or vertebrologist in patients with psychosomatic pathology will have complaints of pain throughout the body, and a similar patient will come to a cardiologist with persistent chest pains, 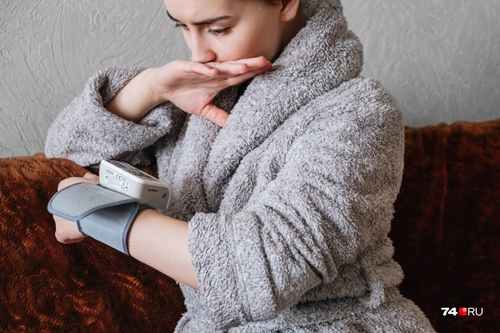 Very often, the psychosomatic component enhances the manifestations of a really existing disease: for example, each patient will feel pain at the same stage of osteoarthritis in his own way. In addition, psychological stress can provoke an exacerbation of the disease, for example, lead to a hypertensive crisis or an attack of bronchial asthma. These are all examples of the contribution of the psychosomatic component to the development of the disease.

– All people are different: about every eighth person is anxious. Such people tend to listen to any new symptom. At the same time, constant internal tension greatly enhances the perception of any sensation, explains Teplyakova. – Constant anxiety forces them to go to doctors again and again, to perform various examinations, since only this removes their internal tension for a short time. There is another category of patients with psychological disorders – one who “benefits” from their illness. So, some people cannot adapt to the requirements that society places on them, including the family. Therefore, sometimes doctors observe patients’ withdrawal into illness in order to protect themselves from social responsibilities that are excessive for this person. At the reception, such a patient presents a lot of various complaints, which, according to his feelings, speak of an illness and do not allow him to fully fulfill his professional and household duties. For example, caring for a small child, preparing food, enduring a full day.

Clinical psychologist Anna Tkach says that there are many diseases that trigger stress. Sometimes it is intense stress – loss, divorce, but there can also be chronic stress that builds up over time.

– What it is? This is what we have endured for years. Let’s say you don’t like work, conflict in the team, – she gives an example. – At some point, the body says: “That’s it, I can’t take it anymore,” and frequent sick leave begins. Usually they say in this case that immunity is reduced.

Who treats psychosomatics and how?

Only a doctor can understand that the pathology is psychosomatic, so the first thing to do is go either to a therapist or to a narrow specialist, depending on what is sick. The doctor determines the degree of disturbance on the part of the body and prescribes treatment, if necessary.

“A psychosomatic illness does not develop immediately into a disease, but begins with the appearance of so-called functional disorders,” explains Ekaterina Tumasova. – Based on the results of the examination, the doctor may not find organic causes of nausea, shortness of breath or headaches, and the person continues to suffer, although “there’s nothing to hurt here.” The condition becomes chronic and progressive.

Sometimes the patient may need to see a psychiatrist, because a number of painful symptoms may actually hide severe depression. This type of depression has its name – “masked depression”, and drug therapy is necessary to improve the physical condition.

A colleague of Ekaterina Tumasova, clinical psychologist Anna Tkach, also notes that a combination of psychotherapy and medications may often be needed.

– I will not make diagnoses, but I can describe a typical portrait of a hypertensive person: these are people who are tense, very responsible, solve some problems all the time, cannot show negative emotions, try to control everything, – says Anna Tkach. – But this does not mean that you realize that you are such a controller and the problem will be solved, it will be possible to cancel medications.

She emphasizes that basic drug therapy is required, but psychotherapy can help alleviate the problem a little. Doctor of Medical Sciences Olga Teplyakova notes that doctors are ready to maintain professional cooperation with a psychotherapist, but in practice there are real obstacles. On the one hand, too many patients need psychotherapeutic help, and the staff of psychotherapists is not so large, on the other hand, patients are often extremely alarmed by the prefix “psycho” in the specialization of a given doctor.

Psychological problems and personality traits of patients can be not only the cause of the disease, but also significantly interfere with its treatment. Olga Teplyakova says that in a number of situations, patients try to manipulate the doctor so that the latter confirms the severity of their illness and thereby shields them from the duties imposed by society, or ensures their further stay in the “comfort zone”. For example, doctors recommend a patient to eliminate risk factors – to reduce his weight.

And the patient actively objects that he cannot do this, because “the body requires snacks,” and the pain does not allow physical activity. It is extremely difficult for a doctor to work with patients who are comfortable feeling sick and who lack the motivation to recover.

In addition to psychosomatics, there are other non-obvious causes of illness. What do you know about this? Situation with a complaint to the president about low salaries, opinion on the scandal with scientists