Seven years ago, Anatoly Lokt was elected mayor of Novosibirsk. Then many did not expect his victory in the 2014 elections, because he represented the Communist Party of the Russian Federation, and the main rival in the election race was Vladimir Znatkov from United Russia.

Perhaps that is why thousands of voters hoped that with the new head of the city life in Novosibirsk would become more comfortable.

We read the comments under the news on the 2014 election results. We will tell you how people reacted to the appointment of Anatoly Lokot. We don’t know about you, but we want to go back in time in order to catch this feeling again for at least a couple of minutes – a sincere hope that one day it will become comfortable and pleasant to live in Novosibirsk.

– Probably the best news lately! I am very happy and have very high hopes for the new mayor! Good luck, you now have great hope to return the city to a human appearance and to resolve social issues, the communists have always done everything solely for the good of ordinary people, I hope you will continue this glorious tradition, – wrote seven years ago a citizen of Novosibirsk under the nickname pioneer. 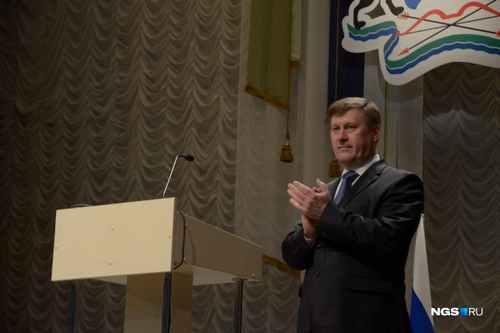 – Fathers, well, at least the mayor is now handsome, with an open friendly face, very nice! – rejoiced someone under the nickname Joy.

– Many, like me, voted not for Lokot, but against the existing government in the person of Znatkov, – Konstantin N. honestly admitted.

– Relaxed and. O. Mayor before the elections, hoped for administrative resources. But how was he going to win in a city choking in a column of dust ?! Moreover, even in the Central District I do not see any gestures for cleaning the roads covered with sand. I voted for Lokot, there is little hope for a miracle, but it’s better than outright hopelessness, – explained the Voter.

– Voter, this is definitely noticed: I am going to the polling station – dusty and everywhere portraits of Znatkov, it will definitely not be worse! – answered the Voter a citizen of Novosibirsk under the nickname Proboy.

– It was not communism that won, but common sense won! – shortly but succinctly noticed a man with the nickname 12345.

– Anatoly Evgenievich, congratulations from the bottom of my heart! Make, please, from this dirty city “Pearl” of Siberia. And we will help as much as we can, – asked the Opponent.

– Congratulations to those who sincerely voted for Lokot. Those who voted “against” will be given time and reasons to be disappointed. Five years is not a short time, – wrote Levoberezhnik.

– I had no doubts about Elbow’s victory. In recent days, I talked with relatives, acquaintances and neighbors and I don’t remember who would like to vote for Znatkov, everyone said: “We need changes, new people” and called Lokot. With the victory! – the electorate was sincerely happy.

– I voted for Lokot as the only candidate capable of bypassing the representative of the current government. Let the Kremlin think about the “loss of trust” among the townspeople of the Gorodetsky and Tolokonsky teams. It certainly can’t be worse, I’m not talking about emotions, I’ve been in many cities of Russia, worse only in Achinsk, – wrote Asket.

– I voted not for Lokot, but if he is a person who does not speak, but does, then let him rule, because it does not matter which party, but it is important that the person does not talk talk, but does things. Make roads, Mr. Lokot, develop our city to the maximum, – honestly confessed and asked Liilia.

– We were very pleased with the results! We really wanted Elbow to win! – the Siberian woman under the nickname Laurabrunette echoed all the admiring commentators.

– Now we have no metro, no squares, no high-speed tram! But seriously, did the authorities really think that, walking along dirty paths, driving along roads with holes 60 cm deep, getting stuck in snowdrifts in winter on central streets, and in summer, when we drown after a rainstorm on the same streets, we would go and vote for her ?! You won’t get enough of the metro alone, – said the reader to assa.nsk.

– Why do people write that they are unexpected ?! In my opinion, very much even a waitress! So much so that I went to vote, my parents, who usually supported the EP, went to vote for Lokot. Well, they really did it already! How long can point shopping centers be sculpted throughout the city? How long do you not understand what kind of asphalt will lie on the peripheral streets? Why is there still no pair of their own mining tunneling shields in the metro building in the 1.5 million population? How is it that under the old regime only projects were realized instead of important and necessary improvements ?! – Paratruper wondered.

– I voted for Lokot quite deliberately, as earlier in the elections to the State Duma. Anatoly Evgenievich, don’t let me down. We have given you the authority to implement your program. Now it’s up to you to bring it to life. I sincerely congratulate you on your victory! – Dzerzhinets rejoiced.

– Of all the candidates, this is the only professional! Politically! – rejoiced the person under the speaking nickname hurray.

“Finally, some movement will begin in our swamp,” hoped a certain Vovan.

– Maybe now they will repair the stairs on the Rechnoy Vokzal metro station for the passage to suburban trains, – the Ladder hoped.

– Hooray! Today I was driving to work in a good mood after reading the news about the new mayor! I put my hopes on the mayor that now it will not melt and itself will not dry out, – wrote Antonio54.

– Congratulations to the winner, we hope to fulfill all the promises made in the election campaign and worthy of serving the people! Let us hope for the best! – commented and hoped the reader * fox *.

– Anatoly Evgenievich, we sincerely congratulate you on your victory! You deserve it! Now justify our trust in you! Residents of the Zayeltsovsky district, wrote Rapira.

– I saw the results of the voting this morning, and even the mood improved. Really made sure it works. I would like to believe that the new mayor will transform the city. Anatoly Evgenievich, please, make Novosibirsk really the capital of Siberia – tmtd really wanted to.

– Congratulations! Good luck to the new mayor of the city. We have a lot of good roads, smaller dot buildings, a longer metro and a 4th bridge, which we need more. I hope I expressed 75% of the wishes of my fellow countrymen, – wrote the user Sergey.

In February of this year, Anatoly Lokot reported to the deputies about his work. He explained at the session of the City Council why there are traffic jams in the city, what the authorities are going to do with garbage and spontaneous trade.