The work is devoted to the architecture of the city in the 1930-1950s. According to Ivan Nevzgodin, most of the archival materials (projects, photographs and biographies) of architects are published in it for the first time. Modern photographs for the publication were made by graphic designer Anatoly Gritsyuk.

– Archival materials help to understand how interesting and high-quality the architecture of Novosibirsk was in this difficult period for the country, what talented architects worked in our city. Many urban ensembles created at that time have come down to us with changes that do not allow us to correctly assess their quality. Design materials and photographs from the 1950s make it clear that we have a lot to be proud of and what to preserve. The book returns to the city the almost forgotten names of remarkable architects, often with a difficult fate. I will mention only one name of Olga Alexandrovna Stahl. This heroic woman from a noble family, working in Novosibirsk since 1942, actually saved the city from urban planning mistakes that were so easy to make in these tragic years, – the author of the book Ivan Nevzgodin told the NGS journalist.

Ivan Nevzgodin said that he has been studying the history of Novosibirsk architecture for 25 years. Prior to this book, the focus of his research was the 1920s – 1930s – the “era of the avant-garde.”

– After the publication of my book on constructivism in 2013, the Association “Guild of Siberian Designers” took the initiative to prepare a publication on the post-war architecture of the city. This interesting period turned out to be little explored, almost nothing was known about many prominent architects. I am grateful to fate that I managed to find a lot of new things in archives and private collections, – said Nevzgodin.

Ivan Nevzgodin is Doctor of Architecture in the UNESCO Department of Heritage and Values ​​at the Faculty of Architecture, Delft Technical University in Delft, the Netherlands. In 1998 he graduated with honors from the NSACA. 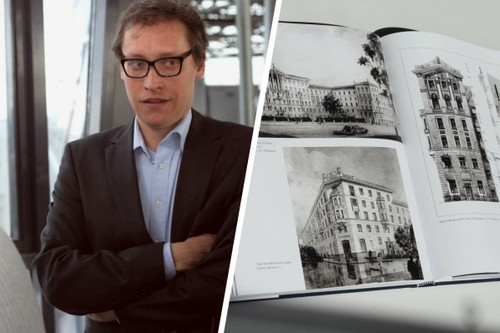 Tatiana Taichenacheva became the organizer and curator of the book printing in Novosibirsk.

– The book is dedicated to the pre-war and post-war period. This is the period when the transition from the architecture of constructivism to Stalinist or Soviet neoclassicism was completed. It was a turn to the classics, tradition, to folk ornaments and motives, – explained Tatiana Taichenacheva.

She said that this architectural style in Novosibirsk includes the Opera and Ballet Theater with its interior design: ceiling paintings, sculptures over the upper tiers and chandeliers. In addition, this is the House of Culture named after Maxim Gorky and the House of Culture “Energy”. The book has 400 pages, Tatiana sells copies for 2,500 rubles.

An interesting archival photograph from the book – elephants on Lenin Square.

– Anatoly Gritsyuk suggested a photograph of the wonderful photographer Gorbunov with elephants. Probably, these are the elephants and camels of the famous Vladimir Grigorievich Durov, but the history of the circus is not my specialty. We so wanted to troll Muscovites, who still really think that wild bears roam our streets. But seriously, this photo perfectly illustrates one of the themes of the book – the architectural comprehension of the scale of urban space. Novosibirsk inherited its megalomania not only from the “era of constructivism”, but also from the masters of French neoclassicism of the Enlightenment. Portals several floors high, the majestic ensembles of residential complexes along Stanislavsky on the left bank are designed not for ordinary people, but for the Soviet giant superman, – said the author of the book.

Ivan Nevzgodin emphasized that in the Novosibirsk architecture of that time he was amazed by the “theatricality of town-planning decisions.” A good example of this is the Vokzalnaya Magistral, the front buildings of which were designed for the arrival of the country’s top leadership.

– This is a representative architecture for quick perception of important guests from the car. It is noteworthy for this period that there were three schools of Soviet neoclassicism in Novosibirsk: Moscow, Leningrad and the local – Siberian. The difference between pre-war and post-war neoclassicism is interesting. The perception of many ensembles suffered when the sculpture that “held” their scale was removed. An example of this is the space in front of the building of the club. AA Zhdanova (now – Palace of Culture “Energia”) on Krasny Prospekt, 171/4, which lost its harmony and completeness when the sculptural group was removed in front of the club, – said Ivan Nevzgodin. 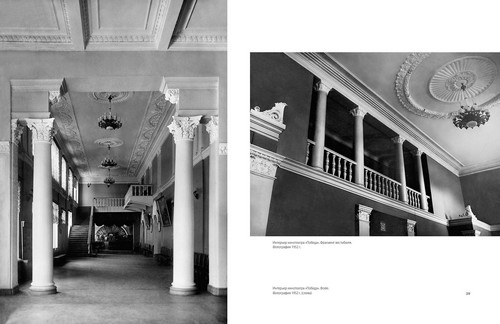 Ivan Nevzgodin’s previous book was devoted to constructivism. Novosibirsk is one of the few cities in Russia where there are more than a hundred constructivist objects. These are both residential buildings and public buildings. Sberbank and 2GIS have opened a free school for adults