Vladimir Putin today met with the participants of the All-Russian action of mutual assistance “We are Together”. The meeting was held in a mixed format – some volunteers were present in the hall, others were broadcast via video link. 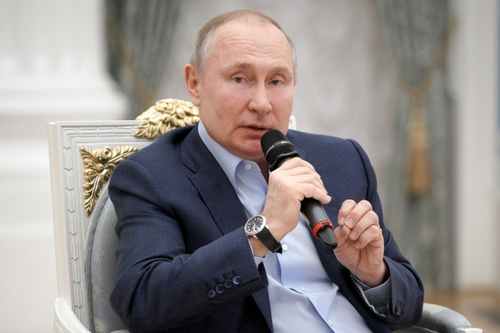 Volunteers told the president about their work, including during the pandemic. He , in turn, said that volunteers need to play a more active role in the political life of the country.

– The volunteer movement includes people of different views and beliefs, therefore, when they get into political structures, they will be carriers of different approaches to solving certain problems facing a country or region, – TASS quotes Putin. – It is necessary to give people of different views and different convictions the opportunity to be in power in order to find the most acceptable solutions in the course of an open, honest, but not destructive struggle of opinions so that the country moves forward.

The topic of volunteers in politics during the meeting was raised by the deputy of the Tomsk Duma, a volunteer of the action “We are together” Vladimir Samokish. He stated that there should be more active volunteers in all government bodies. According to Samokish, the indifference and active position of the volunteers will allow them to be useful and effective in the government. The President supported the deputy’s proposal.

Vladimir Putin today held a meeting with the leaders of parliamentary factions, at which the external and internal development of the country was discussed.

The President noted that the situation with unemployment in Russia is improving – real indicators turned out to be better than forecasts: now, according to official data, 2.5 million people remain unemployed in the country, which is 300 thousand less than in December 2020.

The meeting discussed the issue of providing food to low-income Russians. In particular, LDPR leader Vladimir Zhirinovsky proposed introducing food certificates for the poor in the country. In response, Putin promised to think over this initiative – just like over the proposal of Sergei Mironov from “Fair Russia” to pay with maternity capital for housing repairs. 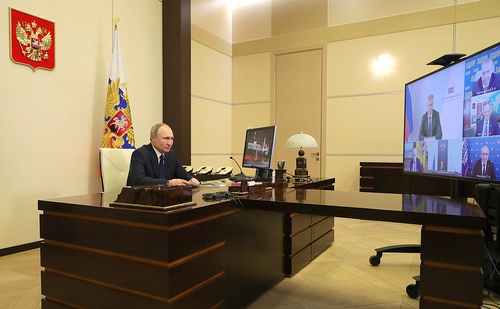 Speaking about the September elections to the State Duma, the head of state stressed that they should be held on a competitive basis – this is important both for parliamentary factions and for forces not represented in the State Duma. The President also noted the approaches of the factions in protecting the country’s sovereignty. Russia, according to Putin, will not allow external interference in the elections and attacks on sovereignty.

– We are obliged to protect this choice of the people from any attempts of external interference. We cannot and will not allow any blows to the sovereignty of Russia, by the right of our people to be the master in their land, – TASS quotes Putin.

Earlier in the Kremlin it was reported that the president would separately say about the elections to the State Duma in his message to the Federal Assembly. However, the date of the appeal has not yet been determined.