From now on, the temporary procedure for extending the so-called Putin benefit is no longer in effect. It was introduced almost a year ago due to the spread of the coronavirus: payments that expired from April 1 of last year to March 1 of this year were automatically extended without a statement and confirmation of family income.

From now on, the benefit will need to be manually renewed.

The payment, popularly called Putin’s allowance, is awarded to families in which the monthly income is below two living wages. The amount of the allowance is the child’s subsistence minimum – the national average in 2021 is 11,423 rubles, but the amount differs depending on the region where the family lives.

The payment is based on the first and second child up to three years of age. The allowance for the first child is paid from the federal budget, for the second – from the funds of the maternity capital.

To receive a payment, once a year you need to write an application and confirm that the family’s income does not exceed two living wages. If this is not done, then the payment is stopped. Since the beginning of the pandemic, the application could not have been written – the benefit was automatically extended for a year. Now everything will work again according to the old scheme, that is, according to the application.

You can submit it through the MFC or directly to the department that will assign the benefit. If you apply for the first child, you need to contact social protection, for the second – to the Pension Fund at your place of residence.

Russian President Vladimir Putin signed a decree on awarding Russian citizens with state awards – seven residents of the Novosibirsk region were included in the list at once.

The Order of Honor “a great contribution to the development of science and many years of conscientious work” was awarded to Sergei Goncharov – professor, doctor of physical and mathematical sciences, director of the Sobolev Institute of Mathematics of the SB RAS.

In addition, the honorary title “Honored Transport Worker of the Russian Federation” was awarded to the chief engineer of the municipal unitary enterprise “Maslyanskavtotrans” Alexander Abrashkin. And the medal of the Order of Merit to the Fatherland, II degree, was awarded to Natalia Chernenko, Head of the Information Technology Management Process Departments of the Service Management of the Novosibirsk Information and Computing Center of the Main Computing Center, a branch of Russian Railways.

In early March, Putin conferred the honorary title of a volleyball coach from the Novosibirsk region.

Putin and Mishustin have published their earnings. Who has more money?

The Kremlin’s website has published information about the income of the President of the Russian Federation. According to these data, in 2020 Vladimir Putin earned 9,994,692 rubles, and he owns an apartment (77 square meters), a garage, three cars (domestic) and a car trailer.

The government of the Russian Federation also published information on the income and property of members of the Cabinet of Ministers for 2020. According to the document, Prime Minister Mikhail Mishustin earned 19,853,516 rubles (and 53 kopecks) last year, his wife earned 63,892,260 rubles (and 55 kopecks), and his minor son – nothing. The head of government’s apartment is larger than the presidential one – 141.6 square meters, but only his wife, a Ford Kuga, has a car. 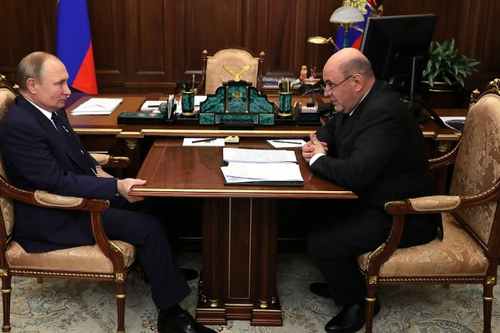 Among the ministers, Denis Manturov, the Minister of Industry and Trade, boasted the highest income – 740 million rubles. Your application has been approved: how scammers can get a loan for you

Rescuers found the wreckage of the missing An-26 near Khabarovsk

A neurologist has taught doctors around the world to treat headaches