Congolese microbiologist Jean-Jacques Muembe-Tamphum, who first discovered the Ebola virus in 1976, warned that a deadly new disease could emerge in the Democratic Republic of Congo (DRC). Reported by CNN.

It has already been called “Disease X”, it was diagnosed in a woman from the Democratic Republic of Congo. Tests show no Ebola virus or other known diseases while showing symptoms of hemorrhagic fever

According to him, one of the patients from the town of Ingende in the west of the country had signs of hemorrhagic fever. The woman was tested and sent for research at the National Institute for Biomedicine Research in Kinshasa. They did not show the presence of Ebola in the patient and traces of any other diseases known to medicine.

Muembe-Tamfum suggests that a woman may be patient zero for a new, previously undetected pathogen, which he called “Disease X”. The African scientist estimates that the new disease can be as contagious as COVID-19, and its mortality can be 50% -90% of the deaths from the Ebola virus (on average, half of the patients die from the fever caused by this virus).

Now the woman, who was diagnosed with an unknown pathogen, is isolated, she is allowed to communicate with relatives only through a plastic window. The patient’s identity is kept secret so as not to expose her and her loved ones to danger from local residents who are afraid of contracting the Ebola virus.

The developer of the Russian vaccine is ready to start trials of its combination with the drug Astrazeneca in Ukraine. Prior to this, the Kharkiv pharmaceutical company “Biolek” submitted an application for registration of “Sputnik V” in the country 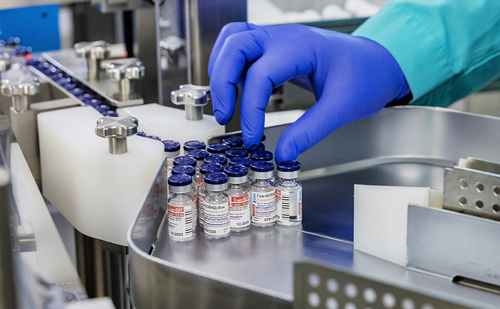 The Russian Direct Investment Fund (RDIF) is ready to begin joint clinical trials of a combination of the Sputnik V vaccine and a drug by the Anglo-Swedish company Astrazeneca in Ukraine. This was stated by the head of the fund, Kirill Dmitriev, on the air of the Russia 1 TV channel.

“We are ready to fully transfer our technologies for production in Ukraine. We are also ready to even begin clinical trials in Ukraine of the joint vaccine AstraZeneca and Sputnik V, ”said Dmitriev.

He noted that the RDIF adheres to the position that vaccines should remain outside the political field.

In early December, the developers of Sputnik V – RDIF and the National Research Center for Epidemiology and Microbiology named after N.F. Gamalei – discussed with the chairman of the political council of the Ukrainian party “Opposition Platform – For Life” Viktor Medvedchuk the possibility of producing a Russian vaccine in Ukraine.

Situation with a complaint to the president about low salaries, opinion on the scandal with scientists