The woman spent this money on lawsuits, in which she proved that the bank’s approval of the additional issue (re-issue) of Angioline shares caused her serious damage: the shareholder’s share decreased from 25% to 9%.

In December 2020, Lebedeva seized her share back, and now she has gone through all the courts to recover costs from the Siberian branch of the Central Bank. The final decision was made by the Seventh Arbitration Court of Appeal in Tomsk. A copy of the decision is at the disposal of the NGS editorial office.

– Throughout the entire judicial period, starting from the first instance, I told the Siberian branch of the Central Bank that if they refuse to appeal the decision, then I will not bill them. And they refused me every time, sometimes in a rude manner: like, we’ll see who wins. This is an important point for me. And they reached the Supreme Court … They were not only active, they were persistent and persistent in defending the interests of my opponents, – said Natalya Lebedeva.

Lebedeva clarified to the NGS correspondent that the amount of her expenses related to court cases was much higher than 170 thousand rubles and amounted to more than a million rubles.

– I came to Novosibirsk several times, stayed at a hotel, lawyers cost a lot. But we have such a judicial system: they think that one session is 15 thousand rubles. It is clear that for 15 thousand rubles not a single lawyer, and even more so two, like mine, will not go to the meeting. And one more thing: during the process, my team of lawyers changed and part of the transportation costs was lost, ” Lebedeva explained. 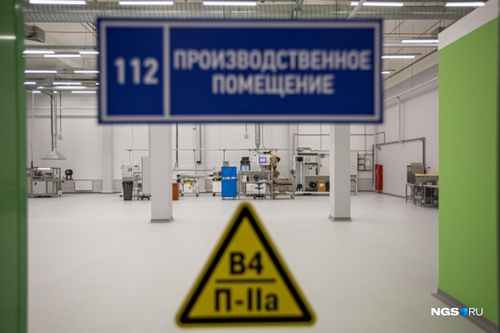 The NGS sent a request to the Central Bank on the situation.

In the near future, another court decision is to be made – to challenge the sale of Angioline to a Chinese company, which has already managed to issue another additional issue of shares for 200 million rubles on December 17, 2020, which again reduces Lebedeva’s share in the company.

“I didn’t even know about this meeting of shareholders… I hope that we will challenge the sale of the Kudryashov and Frantsuzovs [Angioline” to the Chinese], and the whole Chinese deal will go away, ”Lebedeva emphasized.

The Novosibirsk company Angioline appeared in 2007. She is a major Russian developer and manufacturer of coronary stents and other medical devices for cardiology. In January 2018, the government of the Novosibirsk region announced that Angioline’s products occupy 17% of the Russian market, and the company plans to expand production by constructing a new building on the territory of the Biotechnopark in Koltsovo. At the Technoprom-2018 exhibition, Angioline was proudly demonstrated to Vladimir Putin. In 2018, experts estimated the value of the company at 4 to 6 billion rubles. In 2019, the company’s profit amounted to 900 million rubles.

In October 2019, NGS spoke about the courts where Lebedeva fought to stop the liquidation of the company and return her stake, which was reduced almost three times as a result of the actions of two other shareholders.

At the end of June, the Tyumen Cassation Court put an end to the case on the restoration of a 25% stake in Natalia Lebedeva, which, as a result of the additional issue, decreased almost three times. The court declared the additional issue illegal and restored Lebedeva’s share in the joint-stock company to its previous size. In March 2018, NGS told the story of the creation of the Angioline company.