This couple in Yaroslavl is photographed everywhere: on buses, on the street, in shops. A luxurious cat walks, sitting on my grandmother’s shoulders. “Well done!” – write, touching, in social networks. But it turned out that a cat is a kitty. Eight years old, their name is Altynka. And the hostess is 84-year-old pensioner Tamara Lipovskaya. And our colleagues from 76.RU found them!

Baba Tomu and Altynka are photographed all over the city

Tamara Sergeevna has already realized that she has become a social media star.

“Everyone on the street is now approaching me and saying:“ Oh, we saw you on the Internet, ”they ask me to tell about the cat how I trained her,” says 84-year-old Tamara Sergeevna, or Toma, as the neighbor’s grandmother is called.

Altynka sat on the grandmother’s neck in every sense. He just refuses to walk with his own feet. Viet from Toma’s grandmother of the rope – either walks on his shoulders, or on a cart. 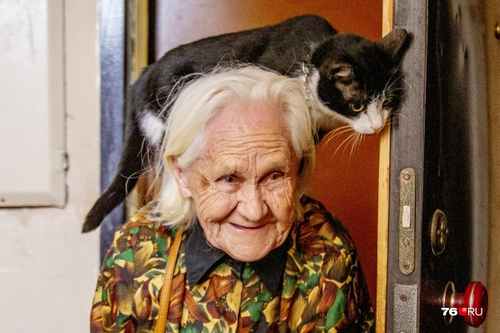 Altynka doesn’t really like to walk with her paws

– She’s already used to rolling on a cart. We go to the store, she jumped there – and goes. Not at all afraid, – as proof, the old woman rolled the cart with Altynka up the stairs. The cat didn’t even budge.

Tom and Altynka live together. The pensioner has children and grandchildren, but they rarely come. Baba Toma is not offended, she understands – work. But he misses. The loneliness of the grandmother brightens up Altynka and her neighbors, who come to visit her.

When only memories remain, at least one friend is needed

So they do everything together with the cat – they go to the store, to the market, walk and even go to the dacha.

“She’s not an animal, she’s my friend. Every morning I say to her: “Altysha, good morning”, and she comes up and kisses me on the nose. I raised her from the palm of my hand. At a neighbor’s dacha, a cat gave birth, all the kittens were big, she was one small. So I took her. I then had two more animals: Penny and Kopeyka, and she called her Altynka. I had to give up the dog just recently, I can’t take care of it, I’ve become old. And she trained Altysha from three months. We went to the station together, when she was still a kitten, we went to the dacha. Now, when she enters the train, she immediately runs to the window – she looks so that we do not miss the stop. She is smart, stands on her paws and watches. He knows when to go out, – says Toma.

Well, if you don’t put it on your shoulders, then carry it on a trolley!

Tamara Sergeevna learned how to train animals when she was a dog handler. She has many awards and medals for participation in exhibitions. Despite the fact that before her wards were dogs, cats also obey. Altynka knows how to lie down on command, sit, give a paw, squeeze a fist and climb onto the mistress’s neck. The latter, of course, does it with special pleasure.

The cat prefers to ride the owner

Baba Toma herself has an interesting, but difficult fate. Childhood fell on the war years. Tom spent five years in a concentration camp. He doesn’t like to talk about it. When asked if he remembers what happened there, Toma looks in such a way that his heart contracts:

– You won’t forget about this, even if you want to.

After the war, Tom was returned to the territory of the USSR, where she grew up, went to work, got married and had children. Then she divorced and remarried. One thing remained unchanged – love for animals.

– The dogs always obeyed me from half a glance. I just had to shout, but they are already here. I went to exhibitions and competitions. Loved this business. I had a dog who could count to a hundred. You tell her “Eleven”, she will bark 11 times. She knew how to divide numbers, if you say to her: “Divide ten by five,” she will bark twice, ”says Tom’s grandmother.

This is what Tamara Sergeevna looked like in her youth

Together with the cat, Tom’s grandmother goes to the store and for walks, looks after the dacha. The neighbors were surprised when they saw a brisk pensioner mowing grass with a benzo-mower on the site. Only the grandmother is upset that the dacha will have to be sold – neither the son, nor the daughter, nor the grandchildren need the house. Toma, along with Altynka, of course, also loves to watch TV. But serials are of little interest to her. She loves news and politics.

– I’m afraid now if the war starts. I’m not afraid for myself, but for the young. I’m going to die soon, but I’ll never wish the young people to go through the hell that we experienced, ”sighs Tamara Sergeevna. 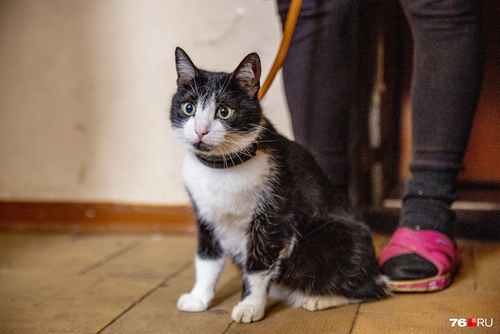 And from a sigh, Altynka buries itself on the cheek of Baba Toma.

“This is my friend”

Free breakfasts from Putin: why children are poisoned en masse in Russian schools The alleged killer of the NSTU student left a farewell note. He planned everything in advance