Epileptic seizures prevent a person from living a calm life: people fall, get injured and because of this risk their lives. For patients with a certain type of epilepsy, there is surgery to completely get rid of the disease.

Today, the chief neurosurgeon of the Russian Federation, Vladimir Krylov, flew to Novosibirsk to perform such an operation, and also to see how Novosibirsk doctors do it. According to Krylov, after this intervention, the quality of life of patients improves, especially the lives of women change: some even change their husbands.

Medical observer of the NGS Maria Tishchenko visited such an operation and found out from specialists to whom it was indicated.

To whom such operations are shown

Anastasia Guzeeva, an epileptologist at the Federal Center for Neurosurgery, said that in recent years such operations have been actively developing in the country, but they are suitable only for those patients who have only one focus in the brain that provokes epileptic seizures, and which can be removed without further neurological deficit for the patient so that he can live a normal life. 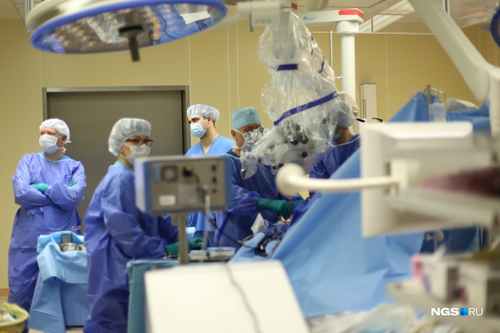 The operation is performed for those who do not benefit from epilepsy medications or have side effects. After surgery, the seizures stop. The effectiveness of such interventions is 60–70 percent. After the operation, the patient is monitored by doctors for some time.

Before the operation, specialists assess the general somatic status of the patient, find out whether he will be able to undergo the operation in general. There are no additional restrictions or contraindications.

In order to determine how many lesions a patient has, it is necessary to do an MRI of the brain according to a special epileptological protocol. The next stage of diagnostics is recording an encephalogram (EEG monitoring) during the day with the obligatory fixation of seizures.

The patient who was operated on today is 30 years old, of whom she has been ill for 18 years – the first attack was at the age of 12, and then they became more frequent.

– All this time, she did not have a clear epileptogenic focus, she just received drugs that did not have the desired effect, the seizures continued. When she came to us, we also did not reveal any structural damage on the MRI – such epilepsy is considered unspecified. And we continued diagnostics. EEG monitoring showed activity in the left temporal region, but then we did not yet understand which area should be removed in order for the seizures to stop. Therefore, we carried out another diagnostic step – electrodes were installed on the cerebral cortex to record the activity. So it turned out to determine the focus that we are removing, – explains Anastasia Guzeeva.

How these operations change lives

The chief neurosurgeon of the Russian Federation, Vladimir Krylov, notes that among all epileptic seizures, pharmaceutical-resistant forms (which do not respond to drug treatment) account for 30%. Operations are carried out in 10-20% of them – this is 4-5 thousand operations per year in Russia. This is a lot, but Krylov wants to completely solve this problem.

He flew to Novosibirsk to perform an operation on this 30-year-old patient and to see another patient how Novosibirsk doctors do such operations. Then he wants to replicate the joint experience further across the country. 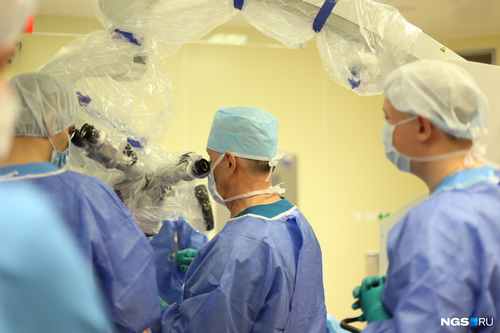 In Russia, such operations are performed in federal centers, for example, in Novosibirsk, St. Petersburg, Moscow. Novosibirsk is one of the flagships. Such operations require good diagnostics and preparation, equipment for the operation and the experience of neurosurgeons.

– Such operations in the Russian Federation need to be done from 4-5 thousand and more. The centers that deal with this problem do 25-40 such operations a year, and in Novosibirsk – 70. This indicates a very high level of surgical care for patients. In Russia, since last year, there has been a pilot project to organize care for patients with drug-resistant forms of epilepsy. In fact, this is a complex social problem, because, firstly, young patients, and secondly, the attacks that they have, do not allow them to graduate from school, get a higher education. It is very difficult for them to build a family life. Therefore, we evaluate such operations as a kind of social project that improves the quality of life of patients, – says Vladimir Krylov.

In addition, he adds, many parents are opposed to their children interacting with children who suffer from epileptic seizures. Such a social phenomenon needs to be corrected. Pharmaceutical-resistant epilepsy surgery is one of the radical methods of treatment that allows you to return to society.

He believes that today’s surgery will allow the patient to change the quality of her life too. She removed the internal parts of the temporal lobe and the hippocampus itself, which is considered the main epileptogenic focus.

– Epilepsy surgery is generally very beneficial, especially for women: it changes their character, appearance. A woman begins to live a different, socially active life, she has a reassessment of values: she begins to visit salons, to engage in self-education, she sees that a person who shares her fate turns out to be completely wrong – changes a partner, finds another husband, gives birth, starts a family , – says the chief neurosurgeon.

Vladimir Krylov recalls that many famous people suffered from epilepsy, among them Julius Caesar, Napoleon, Dostoevsky, Van Gogh. He explains that in operating rooms, art is often discussed, particularly literature and music. For example, Mozart’s music has an exceptional effect on the cognitive functions of the brain. Music is also played in the operating room, there is a tape recorder for this, but during the main stages, Vladimir Krylov is sure, there should be silence.