This story took place in Chelyabinsk, but it is absolutely typical for the whole country. Last spring, Dmitry moved to another city and rented out his two-room apartment.

The tenant, as expected, paid for the first two months of residence, regularly dropped the meter readings and got in touch. But in the summer he disappeared, he didn’t transfer the money, he turned off the phone, it didn’t work out to visit him either – someone changed the locks. As a result, it turned out that the apartment now belongs not to Dmitry, but to the woman who bought the property from the “owner”.

The police told the man that there were several such deceived. Our colleagues from 74.RU figured out how all this could happen and whether it is possible to insure against such schemes later.

Dmitry bought his apartment in 2012 at the stage of building a house, received the keys in 2013, then registered the ownership and received the necessary documents. Recently, he lives and works in Tyumen, so he asked his parents to find tenants in an empty apartment.

– Mother rented an apartment to a young man. Then he did not arouse any suspicions, he communicated normally, said that he was working nearby, at a construction site in the Legion (construction company. – Ed. ), He was close to getting from here, he signed a contract, showed his passport, ”explains Dmitry …

Since the summer, the tenant has stopped paying rent and answering calls.

– We left notes at the door to understand who is now in the apartment, asked to get in touch, – said the young man. – As a result, the woman called back and said that now she owns the apartment. She bought it for 2.4 million, she was not embarrassed that it was below market value, she made the deal with the seller at the MFC, they were accompanied by a realtor. I could not even imagine this, I thought, only in the cinema it happens. 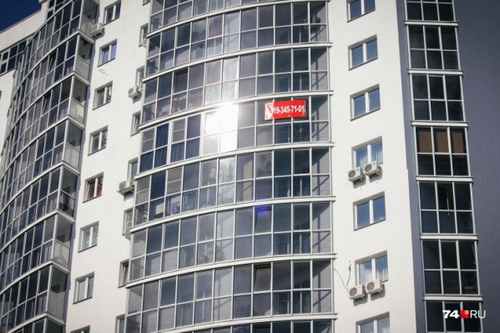 A real estate agency helped the new owner to complete the deal, and even there they did not notice the catch.

– Our client was the fraudster himself, – remembered the deputy director of Dan-Invest Alena Smirnova. – But he did not arouse suspicion: he had a passport in his hands, he forged it, as it turned out later. But neither we nor Rosreestr noticed this, because it was done well, besides, there were all the documents for the apartment. We checked: the passport was not lost, not canceled, not torn, the series and the number matched. We are now working with the investigation ourselves, in our interests, so that the police figure out how the frauds were committed. We do not even have experience how to act in such situations, we did not know what this could be. After this incident, training was specially conducted on how to recognize by the appearance of a passport whether it is real or not. We no longer want to rely on Rosreestr registrars.

The police told Dmitry that there are already several such cases in the city: the swindler rented apartments, forged the passports of the owners (while gluing his photographs into the documents) and sold them under the guise of the owner to unsuspecting people. While I was renting an apartment, I took potential buyers to it. I chose those who are ready to deposit the entire amount at once, otherwise, when applying for a mortgage loan at a bank, deception could be revealed. A criminal case is under investigation now, two victims are recognized – Dmitry and the woman who bought the apartment. The housing has now been seized – the new owner cannot sell it to anyone else until the investigation is over.

What if someone sold your apartment?

In the described situation, the first thing to do is to take two steps: write a statement to the police about the committed fraud and go to court with a statement declaring the transaction invalid. After the submission of the statement of claim, an examination of the signature will probably be appointed. It will also be necessary to request documents from Rosreestr, interview the registrar, establish who exactly was present at the transaction. Perhaps there is a video recording of the receipt of documents. In a positive scenario, it will be established that the transaction was not made by the owner, after which it will be invalidated.

– According to the recognition of the contract as invalid, there have been such cases in practice when the apartments were returned, – commented the lawyer Pavel Bruskov. – In the court, a handwriting examination is appointed to find out who signed the contract – the owner himself or another person. The owner hands over signature samples – puts a lot of signatures, about forty – fifty. The expert scans them and makes a conclusion. On the basis of this examination, a decision is made in court, this is enough to cancel the entry in Rosreestr.

What if you bought an apartment from a scammer?

When appealing the transaction, the new owners can demand the recovery of money from the swindler, if it has already been established who he is. Often fraudsters agree to pay damages in order to mitigate the court sentence, but you may face the fact that there is nothing to recover from the defendant. Then it will be extremely difficult for the new owners to return the money. Bailiffs will be in charge of enforcement, but this, of course, can take years.

How to rent out an apartment to decent people?

Lawyers believe that it is not so easy to insure against unscrupulous tenants when renting out housing. Before letting you in, it does not hurt to make inquiries about a potential tenant. 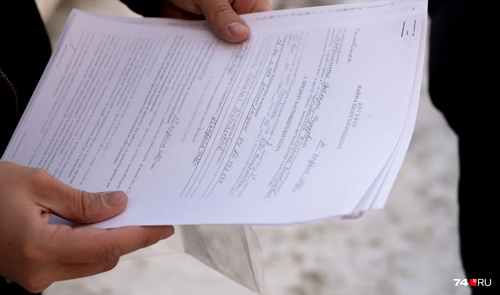 “The landlords had to check the phone, the person’s social networks, to make sure they weren’t fake,” says lawyer Anatoly Malyshev. – They, of course, can be quickly created, but so that someone bothers, buys a profile that has been running for 5 years, and begins to replace the content, this is rare. If the page has recently been created, then this is a reason to be wary. And it is better to demand notarized documents, as the likelihood of fraud is much lower.

How not to rent an apartment from scammers?

And such stories often happen: the “ideal apartment” shown in the ad is in fact killed. Or you rent an apartment, conclude a contract, give the money, move in, and after a while the real owners of the property come.

In order not to become a victim of scammers, you need to remember a few rules:

– The owner presents a certificate of ownership of a state-standard apartment without records of any encumbrances, but two or three years ago. During this time, a lot could have happened to the apartment: alienation, leasing in another long-term lease, a pledge in a bank, and so on, explains lawyer Andrei Konyshev.

It is better to order in advance an extract from the USRN, which will display the current information about the apartment. This can be done on the website “State Service”. If it is clear from the extract that an arrest, encumbrance has been established in relation to the apartment, or it is in some kind of dispute, do not remove it.

It will be useful to check the owner himself for the presence of debts with bailiffs. This can be done through the form on the website. If a person has a lot of debts, bailiffs can come to his living quarters for an inventory, arrest and seizure of property. The things in the apartment will be considered the property of the debtor-owner until you prove through the court that they are yours.