The Ministry of Health commented on the problems with insulin in Novosibirsk. Some Novosibirsk residents said that insulin not only has to be obtained, but also to stand in line for it.

The regional Ministry of Health responded to a journalist’s request about complaints from Novosibirsk residents that they had not received insulin for more than a month, and that some were given dosages less than prescribed.

The department explained the problems with insulin by inconsistency in the actions of employees of institutions – as usual, for the Ministry of Health these are “isolated cases.”

Where exactly the failure occurred

Since different departments explained the lack of insulin to Novosibirsk residents in different ways, shifting responsibility from themselves, the journalist of the NSA asked the Ministry of Health exactly where the failure occurred, due to which the residents of the region from December 2020 to the end of January 2021 were left without a vital drug. The patients themselves were told in polyclinics that the drug was not in stock at Novosiboblfarm. They argued that everything was sent to polyclinics and it was necessary to deal with them, and the Ministry of Health also redirected everyone to polyclinics.

Recall that earlier Novosibirsk residents told the NGS that they could not get an answer to the appeal from the Ministry of Health or even get through there, so some of them began to turn to the prosecutor’s office. After the publication of the article, Novosiboblfarm asked the journalist for data on patients who encountered problems, and helped many of them, and the Ministry of Health refused to comment on the “anonymous complaints” without asking for contacts of those who applied.

Despite the fact that the Ministry of Health assures that individual appeals are promptly considered, and a four-month supply of insulin has been formed in the region, Novosibirsk residents still continue to talk about problems that can be divided into several categories.

The first – after public discussions, insulin was issued in January and allegedly are not going to be issued for December; second – one drug is replaced with another, although it may not suit the patient and it is better to carry out such a replacement in a hospital; third – give out less than indicated in the appointment; the fourth – they do not give out at all or give out less than the prescribed test strips.

According to Novosibirsk residents who face these problems, polyclinics refuse to issue documentary evidence that their drug is not available or that they have not received insulin in December. And in the answers of the Ministry of Health, many people are told that, allegedly, in fact, they receive everything in the right amount.

– Insulin was given out according to January’s prescriptions in an incomplete amount. Instead of five pens, there are only four and there are only 50 test strips instead of 250. For December, the recipe is still under approval: it is not clear with whom they are coordinating. The superintendent says that they will not be given out at all – they say, they managed somehow in December. Some ridiculous formal reply came from the Ministry of Health, they say, it was provided in January. Silence from the prosecutor’s office for now, – says Nina Katentseva, who receives insulin for her child at polyclinic No. 18.

Elena Grebenshchikova lives in Barabinsk and belongs to the Central Regional Hospital. In December and January 18, she was not given the prescribed Levemir; the deputy chief physician, she said, said that the drug was not in stock. Elena had to buy it herself at the pharmacy. She was offered to replace it with a cheaper drug, which, according to Elena, works differently.

“As a result, I received insulin on January 28, but they did not give it back in December, saying that there would not be enough for others for January,” says Elena Grebenshchikova.

Elena Goreva, whose granddaughter receives insulin at polyclinic No. 13, notices that they are “thrown like a ball”:

– The doctor does not write a prescription, he says, an order from above: whoever receives a December prescription should not write out for January. And the ministry says that we have received everything in full.

Elena Zamyatina tried to get insulin for her dad at polyclinic No. 24. After the article he was given, but only another drug:

– Firstly, it is possible to select insulin only in a hospital setting, and not so, simply, in a polyclinic – these are difficult drugs. Secondly, in papa’s case, the replacement can be very fraught with consequences. In addition to diabetes, he had a very difficult operation to remove the pancreas, stage 4 cancer. That is, he completely lacks an organ that produces insulin. And in the recommendations of the operating clinic, just such an insulin was selected for us. They also gave me test strips from another meter, not the one we need. The needles were given to children, they bend, they are not suitable for an adult.

The Ministry of Health, in response to a request from a journalist from the National Geological Service, assured that the dosage of drugs was not underestimated:

– In points of preferential distribution, drugs are dispensed to patients on prescription in strict accordance with the dosages and quantities prescribed by the doctor. In the absence of the amount of the prescribed preferential drug required for the patient on the balances in the medical organization, the short-received amount of this drug is dispensed at the next delivery. Changing the dosage of the drug is not allowed.

That is, according to this logic, insulin for December was required to be issued to everyone in January.

And regarding the test strips, the Ministry of Health stated that the standard of medical care for adults with type 1 diabetes does not imply the mandatory provision of test strips to patients for an individual glucometer:

What’s next for insulin purchases?

In January-February 2021, insulin will not be purchased, the Ministry of Health told the NGS journalist, since Novosiboblfarm carried out a purchase for the supply of these drugs for 2021 at the end of 2020. State contracts were concluded for 178 million rubles:

– This volume of drugs, according to calculated data, is sufficient to provide patients in the Novosibirsk region for the period from January to May 2021.

That is, for five months, although earlier the Ministry of Health announced four.

Novosiboblfarm told the NGS journalist that they are now organizing purchases in the volumes necessary for patients until the end of 2021.

How many diabetics are there in the Novosibirsk region

According to the Ministry of Health, as of January 1, 2021, 694 children with diabetes, 263 adolescents. The number of patients with type 1 diabetes in the Novosibirsk region is 4685 people, insulin dependence in this category of patients is 100%. 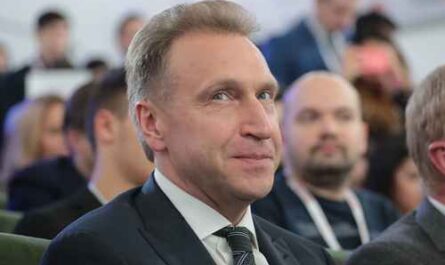