This terrible last day of winter 2021, 13-year-old Nastya (name has been changed) will never forget. In the evening, after training in equestrian sports, no one came for the girl. For a long time she tried to get through to her mother, but she did not answer the phone.

Cellular grandmothers and grandfather did not answer either. I called my father, who went on a business trip. He also tried to call home, but to no avail. I called my neighbor. He asked me to go and check what was happening at home.

The first thing that a neighbor saw when he entered a neighboring house was a dead six-year-old boy. I immediately dialed the police number …

Kudma is a village within the boundaries of Nizhny Novgorod. The plot of the Malakhov family is located on the very outskirts, a 10-15 minute walk from the school. There are several houses that are considered rich by the locals.

The residents of Kudmin told the NN.RU correspondent that they did not know the family well. According to them, the Malakhov family is new here, they live for about five years, and they don’t go to local shops to shop. They know that their daughter is studying at the village school, but they have never personally communicated with any of the members of this family. 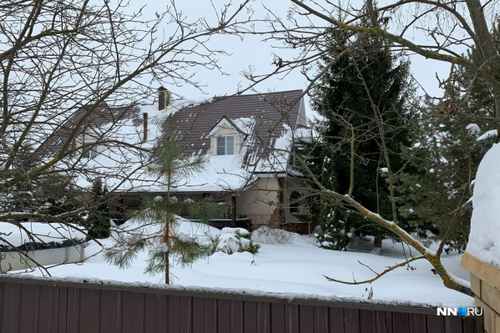 The Malakhovs can be called representatives of the Russian middle class. The head of the family is the director of a fairly large agricultural plant for breeding pigs, his wife Elena ran the flower salon. They have two children – an eldest daughter and a six-year-old son.

Elena’s parents, Anatoly and Natalya Korolev, lived with the Malakhovs. The man, despite his pension, still worked as the head of the Nizhny Novgorod communications directorate of the Gorky railway.

In the cottage – defenseless grandmother, mother and her six-year-old child

For a long time, 26-year-old citizen of Uzbekistan Sharofiddin helped Malakhov with the construction of the house. He had a work permit in Russia and was an auxiliary worker – he helped rebuild the house, and later took up other household work. The man was registered in the neighboring village of Druzhny. His permitted period of stay in Russia ended in July.

– And this guy worked for them on a personal plot, helped to grow flowers. They generally had many workers, he is one of them, – acquaintances of the Malakhov family told reporters.

In the second half of the day, according to the investigation, there was a quarrel between him and Anatoly Korolev. According to media reports – due to disagreements about the payment for the work. As the investigation will later establish, in the garage, a worker attacked Korolev with a knife. Then he went into the house.

According to the UK, the suspect first strangled his grandmother, then raped and killed Elena Malakhova, then strangled a six-year-old child who just celebrated his birthday last week. According to the stories of friends of the family, they noted it well – the animators were invited, there were a lot of gifts. It never occurred to anyone that in a week his life could end so abruptly. So harsh and so cruel.

And Sharofiddin calmly took the money and went on the run. The police put him on the wanted list.

Car with someone else’s license plate 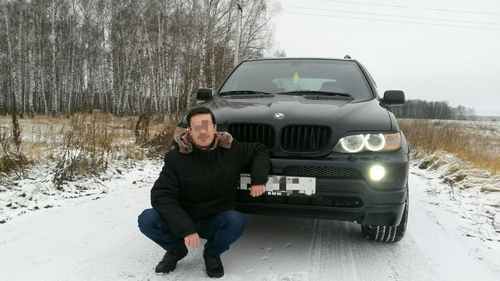 Behind the wheel, according to the telegram channel “OPER Leaked”, was 52-year-old Mikhail, who was convicted many times: for theft, causing grievous bodily harm, kidnapping and murder. There was also 29-year-old migrant Armen and murder suspect Sharofiddin in the cabin.

By morning, the men were taken to Nizhny Novgorod. The court has not yet assigned them a preventive measure.

“There is simply no research on the crime of migrants”

After the first reports of the murder appeared in the media, many commentators drew attention to the killer’s ethnicity and the fact that he could be a labor migrant. Officially, investigators do not disclose the names, citizenship, or nationality of the suspect.

During the coronavirus restrictions, many migrants found themselves unemployed and unable to get home – according to some estimates, this could cause a surge in violence among migrants due to the fact that they were left without money, without work, and were often simply forced to starve.

Power structures and government media try to mention the criminal’s nationality as rarely as possible – so as not to cause xenophobia in society. Because of this, ordinary citizens may get the impression that the real statistics are being hushed up.

Yuri Krupnov, Chairman of the Supervisory Board of the Institute of Demography, Migration and Regional Development, told NN.RU that there is simply no objective research on crime among migrants in Russia:

– All official statistics, to put it mildly, are very crafty: they can be counted up or down. To put it simply, there is simply no serious research on this topic. Depending on ideological attitudes, some select figures that migrants are more likely to commit crimes, others – that migrants are less likely to commit crimes. This is an absolutely ideologized area. But over the past five years, due to the economic situation (sanctions against in Russia due to the annexation of the Crimea and the depreciation of oil. – Editor’s note), the number of labor migrants has decreased by 15–20%.

According to Krupnov, many migrants still face difficulties because of this, since not all countries have yet opened their borders. No special social solutions for migrants who have been stuck in another country for almost a year have not been created in Russia. This means that they had to look for money, work and housing themselves.

– About 80% of labor migrants in our country are not officially registered. They do not have patents and registrations in a specific place of residence. The living conditions of these people are much worse than those of the indigenous population. Guest workers often live in rented housing in a crowded environment, and this undoubtedly affects the law abiding. The low standard of living pushes people to commit illegal actions more often than it would be under good conditions. Probably, this explains the wide criminal stratum in ethnic communities.

According to him, many of the newcomers feel like strangers in the society of the indigenous people, become isolated, and, as a result, never fully assimilate. As a result, indifference and alienation grow. And the fact that a person is in the position of a servant, in one way or another, humiliates his dignity, and this position can push him to a crime.

– Migrants are not isolated people, but organized communities (ethnodiasporas) with many levels: from the top – lawyers, businessmen, media personalities, to the bottom – criminals, including organized ones. These are people from a different culture, with a different background and completely different from our connections and relationships with each other. In particular, most often they are influenced only by their own, ethnodiasporal power, but not municipal and not state. It’s just a reality to be understood. A labor migrant does not in itself have greater criminality. It’s just that he is in an alien and incomprehensible situation for him, which seems to be quite accessible for illegal actions, ” said Krupnov.

Throughout the night, the UK conducted investigative actions in the house where the massacre took place. Now investigators continue to interrogate the suspect. If the investigators find enough evidence, then Sharofaddin faces charges under articles of rape and murder of two or more people. The man will have to answer according to Russian laws.

We will continue to monitor the investigation into this case. The old village was turned into a cemetery, and people were kicked out into the street