In Russia, more than 800 thousand people have already been vaccinated against coronavirus, said the head of the Ministry of Health Mikhail Murashko. In total, over 1.5 million doses of the vaccine have been delivered to the Russian regions.

“More than 1.5 million doses of the vaccine have already been distributed to the regions of the Russian Federation, and vaccination is going on very actively … taking into account all the data on the vaccinated, more than 800 thousand people have already received the vaccine,” the minister said. He noted that people at risk over 60 years old also receive the vaccine.

Since the beginning of December, when the coronavirus vaccination was started, over 800 thousand Russians have already received the vaccine.

Earlier, Moscow Mayor Sergei Sobyanin reported that more than 50 thousand people received the vaccine in the capital alone, over 100 thousand Muscovites signed up for vaccination.

Mass vaccination in Russia started in early December. From January 1, Russians who have been vaccinated can receive a special certificate (passport of the vaccinated). It can be issued in your personal account on the public services portal.

The health status of actress Alisa Freundlich, who was hospitalized with the coronavirus last week, remains stable. This was reported to TASS in the clinical hospital №122 named. L.G. Sokolov in St. Petersburg.

“The condition was unchanged, the night passed calmly,” the hospital said. Earlier, doctors talked about the consistently serious condition of the actress. 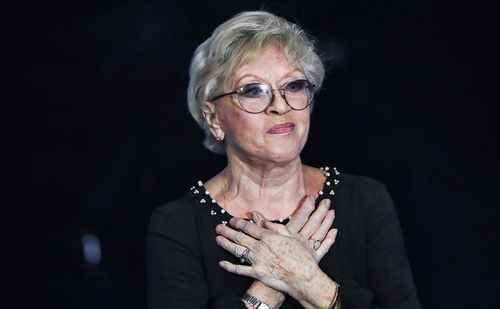 People’s Artist of the USSR Alisa Freundlich was hospitalized with coronavirus on December 25. This became known three days later. The representative of the clinic said that before the hospital, the actress was treated at home for a week.

In early December, the actress turned 86 years old. Since 1983, Freundlich has been one of the leading actresses at the Tovstonogov Bolshoi Drama Theater (BDT). Among her most famous film works are roles in the films Office Romance, Cruel Romance, Stalker and D’Artagnan and the Three Musketeers.

Free breakfasts from Putin: why children are poisoned en masse in Russian schools