In Novosibirsk, the construction company of the former deputy of the Legislative Assembly Oleg Miroshnikov received a bankruptcy lawsuit from a resident of the city, Nadezhda Sukharina, who did not receive her apartment on time.

According to the arbitration card index, the amount of claims against the Argo Firm is 480.5 thousand rubles.

Oleg Miroshnikov told the NGS that this was not the first lawsuit from Nadezhda Sukharina, but earlier the court had rejected her. As explained by the director of legal affairs of the company “Argo” Irina Nesterenko, we are talking about a penalty for violating the deadlines for the delivery of housing:

– These 480 thousand – this is a levied penalty for the delay in the transfer of the property under the contract of equity participation in the construction. She has no right to file for bankruptcy under bankruptcy law. Her lawyer filed an application for bringing the founders of the legal entity to subsidiary liability. It is designated in the system by the letter B, since in any case such applications are considered in the bankruptcy petition. There are various legal ways to collect debts, Nadezhda Sukharina has a writ of execution in the bailiffs department, and has already been partially recovered from this amount. The money that is deposited to the settlement account of “Argo” is collected by the bailiffs and distributed among the creditors, – said Nadezhda Sukharina. 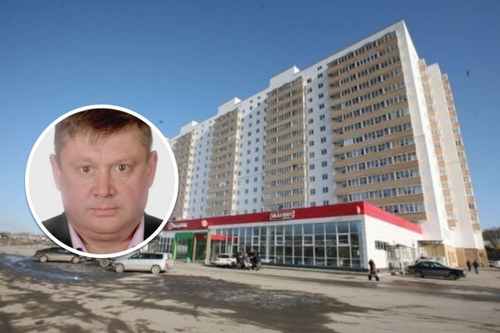 In the electronic file of the arbitration court, bankruptcy cases are marked with the letter B.

Argo Firm is registered in Novosibirsk. The general director and owner of 50% of the company is the ex-deputy of the Legislative Assembly of the region from the “United Russia” Oleg Miroshnikov. He quit the party last year. According to Kontur.Fokus, another half of the company belongs to the Chinese firm Hebei Xinjian Construction Corporation. For the year, the revenue of the company “Argo” amounted to 21 million, net profit – 2 million. He is engaged in construction.

In Novosibirsk, Argo built the House on Ostrovsky, the Olympic Glory microdistrict, where residents were picketing because of the water quality, and the LEXX shopping center.

In the summer, a bankruptcy lawsuit was filed by Stroymontazh LLC, a contractor for the construction of a new LDS in Novosibirsk. Day in icy water: Novosibirsk walruses swim in memory of a military hero