On Stanislavsky Square, the trolleybus collided with the Solaris. Under the heading “Where are you driving?” obs are fishing accidents involving passenger cars and trolley when driving on the ring – one of the most problematic situations for the Novosibirsk drivers.

Who is right, who should skip, why do you have to go to the ram if you are right. And at the same time we will raise the question of whether Novosibirsk needs trolleybuses – clumsy, old, scary, half-empty.

Stanislavsky Square, a dark Hyundai Solaris is located on the loop, the driver needs to leave it in the direction of Marx Square along Titov. The position of the car is the left lane. Here the car starts to accelerate, but a trolleybus is moving across it, which needs further along the street. Stanislavsky, on the outside of the ring.

Obviously, this is route 24 – Railway station Stanislavsky – Uchitelskaya. “Solaris” tries to slip through, but the trolleybus hits it without slowing down, watch the video. 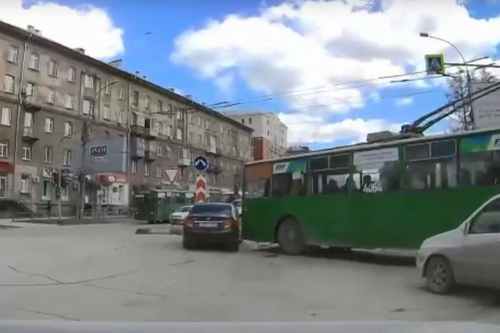 It seems that although the driver of the trolleybus saw the car (nothing blocked his view), he didn’t slow down on principle and blasted it “for prevention”. But he could have slowed down, not led to an accident. Under the law, the trolleybus driver will obviously be right, since the Solaris driver violated the rules for leaving this intersection.

Clause 8.5 of the SDA. Before turning right, left or making a U-turn, the driver must take the appropriate end position on the carriageway in advance.

In our article on how to properly drive on the rings according to the new rules, we, in particular, told that in the absence of markings and signs of movement along the lanes, an exit from the right lane is permissible. It’s like turning right from the extreme right position. And only if there are markings and signs, you can drive off in accordance with them. Here on Stanislavsky we see no markings or signs.

Thus, in this situation, the analysis in the traffic police will most likely place the blame on the driver of the car. Although this kind of trolleybus ride also raises questions. According to the law, the driver on the road must first of all avoid an accident to the very end, and not prove his case and not “educate”. 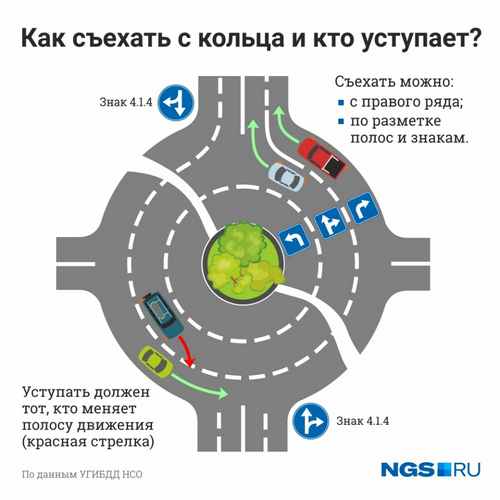 Clause 10.1 of the SDA. If a traffic hazard arises, which the driver is able to detect, he must take possible measures to reduce the speed until the vehicle stops.

And then the question arises, does the city need trolleybuses at all? Such are the horned, clumsy, retarding streams. And even more so, such old, terrible, miserable, even from the times of the USSR. They carry a lot of people, who knows? And no matter how you look, they all go half empty. Moscow has given up on trolleybuses, although they have money for electric buses. And we don’t even have money to upgrade trolleybuses, will we wait until this equipment, which has exhausted all its resources, breaks down and crushes someone? Why do we despise women survivors of rapists?