In Novosibirsk today, February 12, the Aquamir water park again opened its doors to guests. On February 11, the Arbitration Court of the Novosibirsk Region put an end to the dispute between tenants. The Moscow company Belaya Sfera-Construction began to work instead of Global.

What else has changed in the water park, how to get the money back for old tickets, what caused the scandal and what kind of company will now manage the entertainment complex? The NGS correspondent was among the first visitors – we are publishing a photo report.

Have the rules for visiting the water park changed?

The water park began its work today at 10:00. At that time, there were only a couple of cars in the parking lot, and there were no visitors yet. The entrance to the building has not changed, as well as its sign. It is clean inside, the guards are greeted, asked to put on a mask and give a hand to check the temperature.

The hall looks the same as before. But visitors are asked to put on masks. Security guards control the temperature

The rules of the water park have not changed in any way. You go to the cloakroom, sign a document that you are familiar with the rules, buy a ticket and go to the locker room and showers.

The issue of tickets is still the most important issue for guests. Those bought from the previous tenant don’t work.

– The price for visiting the water park will remain the same as all discounts. In the future, it is planned to develop special offers and promotions. Tickets that were bought in advance are invalid because they were purchased from the previous tenant, ”said Denis Surkov, chief administrator of the Aquamir water park. – If visitors from other cities come with already purchased tickets or season tickets, then such situations will be considered on an individual basis, and we will meet visitors as much as possible.

He also assured that the company renewed the contract with all employees and no redundancies were made. The NGS correspondent managed to talk with several employees of the water park without the presence of their leaders. All of them were laconic and briefly said that they were happy with everything and no one was planning to quit en masse due to a change in tenant.

“Made the climate softer”

In December last year, repairs began in the water park, which are already at the final stage. It is invisible to visitors.

– The reconstruction of the ventilation system is underway. The work is almost complete. All systems are already operating in design mode. This made the climate softer and more pleasant for guests, – said Alexey Nazarov, head of the water park’s operation service.

Also, planned work was carried out on the dome.

Why did the tenant of the water park change?

In August 2019, Aquamir was declared bankrupt, and its debts were put up for auction. Almost a month before this, the property of the water park had been leased to Global. A year later, the bankruptcy administrator of the water park decided to terminate the contract with the tenant company Global and signed a contract with the Moscow company Belaya Sfera Construction.

On the morning of January 25, 2021, Aquamir employees reported that police officers and “unknown men of a sporty appearance” had come to the water park. The staff were not allowed to work, and then the water park was closed to visitors. We followed the development of the situation online. It turned out that the scandal happened precisely because of the change of tenant. Since that day, the water park has been closed.

Yesterday the Arbitration Court of the Novosibirsk Region recognized the termination of the contract with Global as legal, and the new company has already started working today.

What kind of company has become the new tenant of the water park?

According to Kontur.Fokus, Belaya Sfera-Construction LLC is a Moscow-based company that was registered in 2011. In 2019, she earned 85.6 million rubles. Net profit amounted to 22 million rubles. The main direction of the company is the construction of residential and non-residential premises, as well as their maintenance.

General Director and Chief Founder – Dmitry Nikolaevich Ivlev. He also runs another Moscow company, DALEKS, which is engaged in trade, including drugs.

Earlier, Kirill Mikhailov, the owner of the Sochi Dolphinarium, was named among the founders of Belaya Sfera Construction, who was at the center of the whale prison scandal. The record of his participation in this company has also now been deleted.

How to get money back for previously purchased tickets to the water park?

What happened to the place where the teenager drowned in 2020?

In the water park, the place where the teenager drowned last year has changed. It’s called Slow River Strait. But visitors call him “Jacuzzi” more often. Here the water is boiling powerfully and the current is very strong, so the popular name is fully justified. The reconstruction was carried out by the previous tenant.

Now the “Straits of the Slow River” water attraction looks completely different. A long lattice was installed here, on which it is categorically impossible to sit, let alone dive. Now there is a lifeguard post at this place. The grating at the bottom along the wall has been preserved. It cannot be removed, since water is supplied through it for the flow of the river. 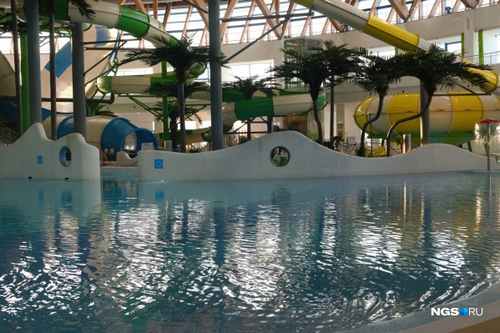 They put a warning right on the lattice – it is strictly forbidden to sit on it, and even more so to dive here. The rescuer is now continuously located approximately 1.5 meters from the danger area

The tragedy with the teenager in the water park is very reluctant to remember. The new tenant rightly notes that this case is not connected with him, and the head of the rescuers is dissatisfied with the one whom the investigation blames for what happened – the senior inspector.

– The criminal case has been completed, but there is no final decision yet. Our employee was accused. We, of course, will dispute this, because all that was needed on our part was to provide all the necessary first aid, as it should be. The victim left us for intensive care, the heart was started. The accused employee has complied with all his job descriptions. He did not violate them, – Dmitry Kirsanov, director of Aquasef, is convinced (ensures the safety of visitors to the water park in the wet zone). The water park now employs 88 instructors in two shifts.

At the beginning of this week, it became known that a huge private park worth 200 million was being prepared for opening near Novosibirsk. It will have unusual locations, many art objects and a beach area. It is being built by Andrey Alekseev, the founder of the Vilka-Lozhka chain, next to his other project, Village of the World. It was planned to open the park in the summer of 2020, but the pandemic prevented, and they began to look for those who will work here only now. Where the new private park is located, what will be there and why it is called an experiment – in the material of the NGS.