At the beginning of February, in Khabarovsk, there were problems with the supply of fuel, which led to a shortage of fuel and queues at gas stations. Ten years ago, there was already a fuel crisis in Russia, which also began in the east of the country.

Will the situation repeat itself now?

What happened in Khabarovsk

Disruptions in gasoline supplies began in the second half of January, which a week later led to the formation of impressive queues at the filling stations and the introduction of a rationing regime for the sale of fuel.

The reason for the disruption in supplies was the shutdown of the Khabarovsk Khudainatov refinery, one of the two large refineries in the region. According to RBC, the reason was the breakdown of the catalytic reforming unit. Now the plant has been launched and is restoring production capacity, but so far it produces only AI-92 gasoline. The fuel shortage is compensated by supplies from Rosrezerv warehouses and factories in Siberia.

Will there be a shortage of fuel in other regions?

– No, the problem is local and cannot spread to the whole of Russia – there is no fire. It is associated with the shutdown of one of the two large refineries, as well as the specifics of the region. Plus – carelessness on the ground, because normal fuel reserves have not been created. The situation should stabilize, great efforts have been made up to manual control – this is not good and does not solve all the difficulties, but the current deficit will be repaid. 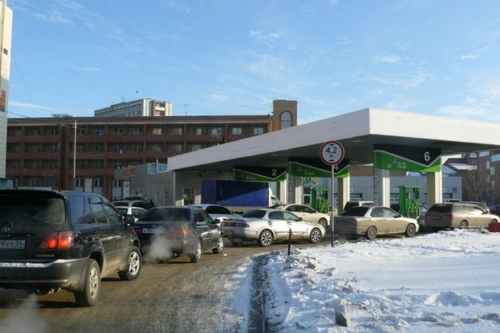 The market mechanism is broken

At the same time, the expert considers the Khabarovsk situation to be a manifestation of more fundamental problems of the industry.

– The entire fuel infrastructure and oil refining are doomed to slow and steady degradation, which is associated with the imbalance of wholesale and retail, – explains Pavel Bazhenov. – Wholesale prices are regulated by market mechanisms, retail prices are limited by the inflation corridor. That is, there is no market mechanism – it is broken. At the same time, consumers are doomed to a sure increase in prices without hope for a decrease, and this has been the case since 2009. And for producers and sellers of fuel, the marginality is falling, which makes it inexpedient to invest in the development of the industry.

Prices will remain in the corridor

Residents of Khabarovsk and neighboring regions report a rise in prices. Will this not shake the situation all over Russia?

– No, – says the specialist. – It’s just that there is no strict dominance of large oil companies in Khabarovsk, and retail reacts there more sharply. In the rest of the regions, major oil companies are limited by the government’s insistent recommendation to keep prices on steles within inflation.

In January 2021, gas station prices increased again, but within the aforementioned inflationary corridor. At the same time, the excise tax has increased, which is now 13.3 thousand rubles per ton against 12.8 thousand rubles (for 5th class gasoline).

In terms of the retail price of gasoline, the excise tax is almost 10 rubles per liter, and the latest indexation added 30–40 kopecks to the price of a liter. This puts even more pressure on retail, which cannot “recoup” these margins due to a proportional increase in prices.

“In addition, the export duty has decreased and the tax disparity between exports and supplies to the domestic market has increased,” says Pavel Bazhenov. – And the so-called damper is, in principle, a very strange mechanism: all last year it fulfilled the form of a tax on oil companies. When everything is good in the market, it works in a plus, and when it is bad, it even more burdens the company.

The restriction on retail gasoline prices was introduced in Russia in the spring of 2018 after an emergency situation when, due to an imbalance in export supplies, a fuel shortage arose and the cost of gasoline jumped by 3.5–4 rubles per month. The government first entered into a voluntary agreement with the companies, which a year later became a recommendation, the implementation of which is mandatory for large oil companies. This put them in a difficult position, as did the independent filling stations. The market has not collapsed since then, but in the absence of concrete steps, problems accumulate.

– Take the Far East: back in April, a draft government decree on subsidizing the supply of fuel to the region by rail appeared. But since June it has been stuck in the stage of assessing the regulatory impact, – explains Pavel Bazhenov. – This bill is an operational and systemic measure that would make the Far East more “passable” for fuel from Omsk and would greatly improve the situation.

The fuel market was also in a fever last year, when the world oil price fell and even turned negative (that’s what that means). In April, problems arose due to a drop in demand for fuel – then a self-isolation regime was introduced in Russia. Fuel shortages have happened before, for example, in the fall of 2014.

Column-opinion about the pros in the Novosibirsk winter, mud and slush