In Novosibirsk, they want to introduce a new conservation status for forests. Under the protection of the region, the deputies, although gradually take all the preserved forests, giving them the status of forest parks

On February 25, regional deputies will consider amendments to the law “On Specially Protected Natural Areas of the Novosibirsk Region”. Among them there is a concept that is new for the region – a forest park.

The deputies want to give this status, in particular, to the forest in Nizhnyaya Yeltsovka in order to protect it from development – the city council deputy Viktor Strelnikov told the NGS last week.

Liza Pichugina found out what territories can become forest parks and why public activists are not sure that this will protect them.

Dispute over the camp

One of the questions to the mayor of Novosibirsk at the session of the City Council last week was the question of the possible development of forest zones – in particular, the deputy from the 47th district Viktor Strelnikov wanted to ask the mayor about this.

– I have a problem area – a forest between the microdistrict “Sh” and Nizhnyaya Yeltsovka, – said the deputy after the session to the journalist of the NGS. – This is the former pioneer camp “Young Medic”: in fact it is not there, the department of forest relations of the city of Novosibirsk measured the density of trees, and by all indicators this is an ordinary pine forest, a city forest.

On a Google map, there are photographs of the last surviving camp buildings surrounded by forest, dated 2018. It is located to the left of the road between the Nizhnyaya Yeltsovka residential area and the territory of the Novosibirsk Higher Military Command School

Today the territory of the former pioneer camp is two plots with a total area of ​​6.8 hectares, intended for high-rise buildings. They are located in the center of the forest. Part of this forest, according to the document, is a protected natural area, part – belongs to the zone of urban forests. According to Viktor Strelnikov, the procedure according to which the territory was allocated for building has signs of a fraudulent scheme, and it lasted 11 years.

– In 2014, the procedure was completed, and the site was transferred to a residential area in the city’s land use rules, – said the deputy. – Any development in the middle of a pine forest would inevitably lead to the construction of additional infrastructure, gradually the forest will begin to degrade, and the development will spread like a cancerous tumor.

In 2020, after many pickets and protests of local residents, it was decided to return the territory to the recreation area. But, according to the deputy, in January 2021, the developer who owns the territory submitted a request to the mayor’s office to cut 2 thousand trees. However, the authorities refused him.

According to the extract of the USRN, both sites allocated from the forest, since March 2020, belong to the Novosibirsk businessman Nikolai Pozdnyakov. He, in particular, is the founder of the construction company “D54”. The fact that the developer intends to cut down trees in the forest, wrote the edition “Navigator”. But the company told the NGS journalist that they had not sent any requests to the administration of the Sovetsky district, which issues such permits, and demanded a refutation from the publication. Other comments on the prospects of using the land of the former “Young Medic” in “D54” refused.

Conflicts over construction in areas where pines and other trees have been growing for centuries are not uncommon in Novosibirsk. One of the latest cases is an attempt to rezone two sites in Zaeltsovsky Bor for high-rise construction (which, however, failed). According to Viktor Strelnikov, in order to exclude this, amendments were prepared to the regional law “On Specially Protected Natural Areas” (SPNA). In particular, they propose to introduce a new status for the territory – a forest park.

“After the status is assigned, there will be a legal opportunity to withdraw a plot of the actual urban forest from private property and prohibit any capital construction in a pine forest,” Viktor Strelnikov explained the initiative.

According to the deputy of the Legislative Assembly Alexei Andreev, today within the city and around it there are a number of territories that should be taken under such protection. The first in this list, he named Zaeltsovsky Bor, then – forest areas in the Shlyuz area, in Akademgorodok, in the Pervomaisky District.

– The bill is intended to prohibit the construction of apartment buildings in woodlands, because it is the construction of apartment buildings that violates the original environment, the natural landscape, – says the deputy of the Legislative Assembly. – “Young Medic”, for example, is a rare pine forest, because it needs a certain soil, as a rule, with sand, we have so little. And given the current ecological situation, it is necessary to protect these forests as much as possible.

He explained that the initiators of giving such a status to a particular territory can be not only the authorities, but also the residents themselves, if they collect 1.5 thousand signatures. The decision, however, is likely to be taken by the regional Ministry of Natural Resources and Environment, although it is still difficult for the deputy to determine the law enforcement of the amendments to the law.

Whose land and whose responsibility

After the deputies spoke about the upcoming amendments, Novosibirsk public figures wrote to them with a request not to accept them in their current form. One of the initiators of this appeal, Aleksey Nosov, believes that the problem and conflict is not only in the development of forests, but also in the areas of responsibility.

According to public figures, any laws “for the benefit of residents” should be discussed primarily with residents, but the amendments do not indicate that giving the status of a forest park, for example, will go through some public discussion.

– We are for specially protected natural areas, there should be as many of them as possible, because forests need to be protected from building up. But, firstly, the interests of all parties should be taken into account as much as possible, and secondly, it is necessary to ask the opinion of local residents, – says Aleksey Nosov.

Public activists consider the amendments crude: the possibility of public discussion of the special protected status is not spelled out, the drop in municipal revenues and the cost of maintaining the forest parks themselves are not taken into account

There are other controversial points. The social activist cites the example of Karakansky Bor, where local residents fear the introduction of fees for visiting its territory and a ban on the collection of wild plants – berries and mushrooms. When asked what these fears are based on, Alexei Nosov noted that the law does not imply additional budgetary expenditures for the maintenance of forest parks, while it is still necessary to support them with some funds: we need some kind of directorate, cadastral and other works. Alexey Andreev, in a conversation with an NGS journalist, objected: the amendments do not propose to restrict access to the territory of forest parks – the restrictions will only relate to the use of land. 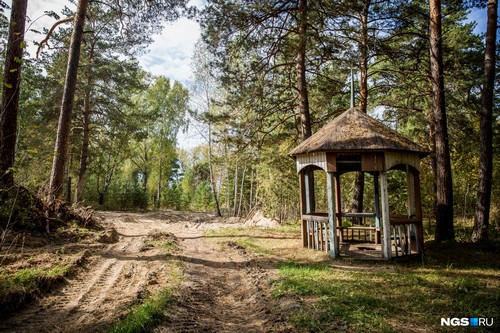 To this, however, public figures also have questions. In particular, they assume that the new status will automatically remove forest parks from the area of ​​responsibility of the municipality and their fate will subsequently be decided by regional structures without the participation of urban ones.

– We now have a very lame, incomprehensibly working, but relatively democratic procedure, in which, for example, when changing the zoning of a municipal territory, public hearings or public discussions are required. If it is a protected area, then the decision on development will be made either by the director of this reserve alone, or formalized by an appropriate government decree – without public hearings, – fears Alexei Nosov.

– If we look at how decisions are now made in our municipality, then we just need to worry about how the municipality relates to urban forests. Many have not even been cadastral registered, and only now work has begun to establish new boundaries for urban forests. Even with the existing general plan, a lot of urban forests fall under the construction of apartment buildings. I don’t want to discuss the statement of public figures, I just look at the facts, ”retorted Alexei Andreev.

Finally, as the initiator of the appeal to the deputies noted, the bill would deprive the city not only of power over urban forests and forest parks, but also of part of its income. On the territory of Zayeltsovsky Bor alone, there are about 1.5 thousand facilities that pay rent – these are skating rinks, sports facilities, boat bases. In addition, the begun cadastre costs tens of millions of rubles, which have already been allocated from the city budget, but have not been taken into account at all in the regional budget.

– And now, if this is a regional territory, the municipality has incurred expenses – who will compensate them? It is hard to reproach me for my love for our mayor’s office, but there is a question of justice. And most importantly – where to get this money now? – emphasizes Alexey Nosov.

The city budget, of course, is not a problem for the region. But everything else should be taken into account in the bill, he said.