This tragedy in Kemerovo will not be forgotten for a long time, although it happened a year ago. Then, in January 2020, a 23-year-old Kemerovo woman Vera Pekhteleva was killed by her former boyfriend.

And this monstrous case received a resonance after it became known that the girl could have been saved, but the guards did not even think to come forward to save the unfortunate fifth-year student of the T.F.Gorbachev Kuzbass State Technical University. As it turns out, the neighbors heard screams from the apartment and tried to help – they called 112 service seven times, but no one came. The torture continued.

After that, the police officers, who were on duty at that time, but did not rush to fulfill their duties, were accused of negligence: the Kuzbass investigative committee confirmed that the investigation of the criminal case against two police officers who did not respond to the call was completed. Our colleagues from NGS42.RU talk about everything that is known at the moment.

“We would have to call the police, here some kind of massacre is taking place among the neighbors.”

The murder took place a year ago, on January 14, 2020. As told in the Kuzbass Ministry of Internal Affairs, several messages from neighbors were received at about 04:55 to number 112. 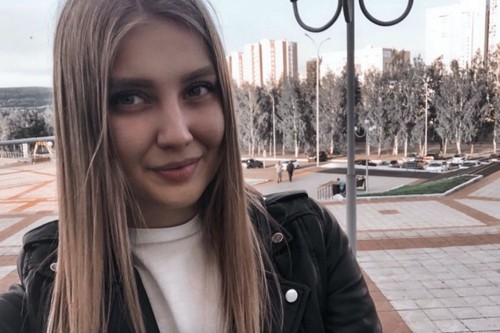 But there is no exact information about what happened outside the apartment door. According to Alena Popova, co-founder of the TyNeOdna women’s mutual assistance network, on the day of the murder, 23-year-old Vera Pekhteleva stopped by her ex-boyfriend Vladislav Kanyus for things. But he had other plans: a couple of hours before that, he had told his brother that he would kill the girl. The monster inflicted more than 50 blows on Vera and eventually strangled him with a wire from an iron. Vera tried several times to escape from the apartment, but the executioner pulled her away. The neighbors heard women’s screams and called 112 several times. But in the end they broke down the door themselves. By this time, the girl was already dead. And what about the police? There is not even an official confirmation of how many strikes were delivered.

Human rights activist Alyona Popova published on her Facebook page a transcript of several telephone calls to 112 from residents of the house. She wrote that the recording of telephone conversations was provided to her by the sister of the murdered 23-year-old woman from Kemerovo. We publish the text of the calls.

W: “Hello, hello. We ought to call the police, here some kind of massacre is taking place at the neighbors. The girl screams hysterically. The door from there does not open either. Everyone who can is already hammering in there. “

Operator: “The call was handed over to the police officers.”

M: “Girl, can you hear her screaming outside the door?”

Operator: “What should I do?”

Operator: “The police will come. No need to swear! “

W: “We called the service an hour and a half ago. So no one arrived, they opened the door on their own, the girl is already dead. What are our next steps? “

Operator: “Stay on the line, I will switch you to the police, I will appoint ambulances,” Alena Popova quotes the text of the conversation.

The human rights activist wrote that the neighbors made at least 7 calls to 112.

Former student boyfriend Vera was accused of murder. On February 24, at 11:00, a hearing on this case was to take place in the Leninsky District Court of Kemerovo. However, judging by the court file, which the NGS42.RU correspondent got acquainted with, it was postponed. The reason was not specified.

The card file says that the defendant is charged under Part 1 of Art. 105 of the Criminal Code of the Russian Federation (murder). And the consideration of this case has been postponed for the 7th time: the first time due to the defendant’s failure to appear due to illness, and then due to the absence of witnesses in court. The next meeting is to be held on March 2. However, the case materials themselves will not be published until the verdict is announced.

However, in numerous posts on social networks it is said that the relatives of the murdered woman are trying to get the case to be re-qualified and considered under Part 2 of Art. 105 of the Criminal Code of the Russian Federation (murder with extreme cruelty).

“And the police never came”

Relatives wrote in the Kuzbass Incident public: “Russia must know its heroes: these are senior operational duty officers, Major Mikhail Balashov and Captain Dmitry Taritsyn, who spat at the ceiling while the nightmare witnesses called them.”

And then the relatives say: “It’s scary, just scary to read the testimony of witnesses – neighbors, crowded at the door of the apartment, from where heartbreaking screams were heard. Vera tried to open the iron door, but the tormentor pulled her away and beat, beat, beat … “But when will they come?” – people were indignant, dialing 112 again and again. And the police never came … “. And when he appeared, the gallant major was most worried about what would happen to him for this, and not about the murdered student.

The Russians have created a petition demanding more severe punishment for the murderer, it says: “The murderer is now being judged not under the article“ murder committed with extreme cruelty ”with a punishment of up to 20 years in prison, but under the lighter part of article 105 of the Criminal Code of the Russian Federation. Despite the petitions, the case was never re-qualified. They wrote in the accusation that he only hit the victim a few times and strangled him, and he tortured her for hours. “

In addition, relatives, judging by the posts of human rights defenders in social networks, are afraid that the police officers who did not respond to the call in time will not receive due punishment.

As told in the Ministry of Internal Affairs of Kuzbass, in respect of the police officers carried out an official check. Also, their leaders were brought to strict disciplinary responsibility.

The regional investigative committee added that the 41-year-old shift supervisor of the duty unit and the 40-year-old senior operational duty officer of the Leninsky police department were charged under Article 293 of the Criminal Code of the Russian Federation (Negligence). According to the investigation, in January 2020, they received a signal that there was a fight in one of the apartments in a high-rise building in the Leninsky District. The police recorded the message, but did not send a team to verify this information. As a result of the negligent actions of the police, the guy was not stopped in time, and the 23-year-old woman from Kemerovo died.

During the investigation, the police did not admit their guilt and did not cooperate with the investigation. The criminal case against them was sent to the court. The consideration of the case should begin on February 26.

Many famous people have spoken about this monstrous tragedy. Singer Valeria believes that such crimes occur due to the fact that there is no law on domestic violence in Russia, and the state “stands and waits for the next corpse to be taken”. Stand-up comedian Ilya Sobolev condemned the police who did not come to the call, calling this situation “a terrible disgrace.”

Oksana Pushkina, deputy of the State Duma, deputy chairman of the committee on family, women and children, told us about the monstrous murder, as well as why Russia has not yet adopted a law against family sadists.

– The result of the criminal inaction of the servants of the law was the aborted life of the girl. There is no justification for this. This means that the inevitability and severity of punishment for the guardians of the law must be commensurate with the crime they committed.

The draft law “On the Prevention of Domestic Violence”, which we are developing, provides for a procedure for police officers. But if they do not continue to come to the call, then not a single law will save the victim.

There is, of course, no excuse for the murderer. I do not understand the reason for the re-qualification of this crime. I hope that the court will give an objective assessment of all the evidence presented and will deliver a fair verdict.

– Oksana Viktorovna, how often do such crimes occur in Russia?

– The calculations of human rights defenders have recently exceeded the official statistics of the Ministry of Internal Affairs by 20 times. And this is not due to the fact that victims of violence do not turn to the police, because they do not believe in the protection of the state. The problem is that the Ministry of Internal Affairs has not yet bothered to create a normal methodology for victims and victims. Despite the fact that human rights activists have been asking to create it for many years, it is still not clear whether they do not want to create it, or do not want to show it. So also just brutally inactive! Law enforcement officials believe that about 300 women die at the hands of tyrants in the country every year.

– What is the most common cause of family murders?

– The most common reasons for the murder of women are divorce or breakup, division of property and persecution of a woman after separation.

– Can it be stopped?

– If our country had a law “On the prevention of domestic violence”, this tragedy would not have happened. The girl could live if there was a reaction to the first call asking for help. The responsibility for the horrors of bullying inflicted on the girl by the murderer lies with the state. It could not prevent what happened. But with the existing law it would have been possible to avoid this fatal mistake.

– Why then it hasn’t been accepted until now?

– There are more and more such tragic stories. And this is very scary. We have already understood who our enemies are, who finances the endless information attacks and threats against us. The work on the bill revealed very dangerous tendencies in Russian society. The adoption of the law against domestic violence will mark the beginning of moral recovery and social progress in Russia. The same people write negative things. But I see that their fuse is disappearing, apparently, the budget is not the same.

After all, we work for the idea, and they work for the money, so when they pay less, the number of comments decreases. And among them there are simply “lost” – people who were deceived or intimidated. And they are intimidated like this: “After the adoption of the law, they will take your child away from you” or: “If you don’t buy your wife a fur coat, you will be convicted of economic violence”. A person who really believed in this game would really want to go with a pitchfork to Oksana Pushkina. Only the law on the prevention of domestic violence does not provide anything of the kind, it is not about that at all. It is about the saved lives of wives, daughters, sisters and mothers! Isn’t that enough ?!