The doctor spoke about the new strains of COVID in Russian regions. The world is abuzz that soon new strains of cor onavirus will overwhelm us with increased incidence and new restrictions.

The EU countries, one after another, are introducing lockdown and other severe restrictions, new strains have been found in more than ten countries.

And what about the Russian regions? Has the modified coronavirus made it to us? We talked about this with the doctor of laboratory diagnostics Alexander Solovyov.

Alexander Solovyov – doctor, healthcare organizer, leading expert of the National Medical Association for the development of expert activities in the field of laboratory diagnostics “MedLabExpert”, head of laboratory projects at MMC MEDMA. He worked as a top manager in the largest commercial laboratories in the country – “Invitro”, “Helix”, “Citylab”. 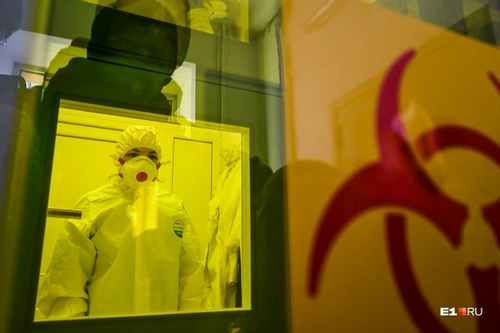 The specialist is sure that the new strains that scared the whole world have already reached us. We publish the observations of the Ural expert, with whom our colleagues from E1 talked.

How new strains are identified

The expert said that the new strain can be identified in two ways. Either by carrying out genomic sequencing (determination of the genomic composition of the virus. – Ed.), Or using a less expensive test that allows you to identify a specific mutation by PCR.

“Sequencing allows you to“ read ”the entire genome of the virus and identify all mutations, including even new ones,” says Alexander Soloviev. This is a laborious, time-consuming and costly process that requires special equipment. – In Russia, for a faster procedure, a test was developed to identify a specific mutation, which is present in the Brazilian strain, and in the British, and in the South African. Using this test system, you can not only track the appearance of these strains, but also monitor the dynamics of their spread.

Unfortunately, we have no information about such monitoring in our region. Other countries are actively increasing the number of tests that allow for the detection of mutant strains, checking some of the positive samples. Denmark is the leader, where 70% of positive samples are subsequently subjected to genomic sequencing. To date, over 100,000 genome studies have been performed in Denmark.

According to the doctor, the Russian test system was registered in February. It is not used in commercial laboratories because it is not of commercial interest – the test is not in demand among the population. The specialist has not heard of the use of such a test in government laboratories in our region.

“Given the fact that we do not conduct monitoring, there is nothing to say about detectability,” said the expert in laboratory diagnostics. – The introduction of such a test will be an additional financial burden; there is no clinical sense in identifying mutant strains. The purpose of using such a test is only epidemiological. This means that there should be separate funding, but until the source is determined, no one will buy the test system. Ideally, such research should be done centrally. Laboratories performing routine PCR diagnostics for a new coronavirus infection should send a portion of the positive samples to a specialized laboratory.

The doctor said that at the moment more than five new strains with similar mutations have been registered in the world. They are registered in different parts of the world independently of each other.

How do they even appear

“Once in the human body, the virus copies its own RNA many times during the multiplication process, and sometimes copying errors occur that change individual genes encoding viral proteins,” explained Alexander Solovyov. – This is how mutations appear. The rate of their appearance does not change – new mutations appear approximately twice a month. Most of these mutations are “silent”, they do not affect the properties of the virus. But sometimes mutations that are beneficial for the virus appear, allowing it to adapt.

In an ordinary person, the body gets rid of the virus in a few weeks, and mutations do not have time to gain a foothold, many of them do not have time to form. It is extremely unlikely that a virus with a new mutation will be passed on to other people.

However, in a person with a weakened immune system in the presence of certain diseases, the virus can persist for months. Under the influence of the drugs taken in case of insufficient immune response, the virus continuously reproduces and accumulates many mutations. This is how new strains of the virus appear, numbering several dozen mutations.

What strains are there now

– Now attention is focused on three new strains – British, South African and Brazilian, the spread of which is associated with a sharp deterioration in the epidemiological situation since the beginning of December in South Africa, Brazil and the UK. In the last month, almost every week it has been reported on the identification of new mutant strains in different countries with a similar set of mutations – in Finland, Japan, and the USA. Virologists call this process of changing the virus convergent evolution.

The altered characteristics of the virus are alarming – mutant strains are up to 70% more infectious, penetrate cells faster, lead to higher hospitalizations, and increase the severity of illness and mortality by 64%. Accordingly, health care has new problems.

Our country is not isolated from other countries, despite the fact that we have travel restrictions. There are countries that have actually isolated themselves, for example, New Zealand, even the same China, where they have introduced very strict requirements for those who arrive in the country. Our country does not exercise strict infection control at the entrance with mandatory isolation, double testing.

Our tourists travel to countries where new strains are already widespread, for example, to Turkey. Now in this country, the daily incidence is much higher than was recorded during the entire period of the pandemic. The distribution of all three variants of the strain has been registered in Turkey. We go there to rest and come back with new strains. In addition to Turkey, one can separately highlight Tanzania, which is popular with tourists, where there is no system to control the spread of coronavirus at all. Communication opens with new countries in which the epidemiological situation is very unfavorable (Latvia).

A large proportion of cases in Europe are now occupied by the British strain. It appeared in Britain at the end of September, but flights were stopped much later, the spread of the virus has already occurred in most countries. Therefore, it is only a matter of time before the presence of these strains becomes significant for the epidemiological process in our region and country. But the fact that it has already been brought to us is unambiguous.

– First of all, it will be possible to record a change in the epidemiological situation. Consider how this happened in other countries. All countries that are now affected by the new strain have recorded an initial decline in overall incidence since the second wave. Now we have a similar situation. But suddenly, when the improvement process stabilized, growth began after a few weeks.

In a number of countries, this ended in a sharp increase. For example, in the UK, Ireland, Israel, Brazil. Now this is happening in the Czech Republic, Poland, Estonia, Peru. A separate feature is a significant increase in morbidity among children in the group of younger and middle age, which was not observed in the first and second waves. The number of outbreaks in children’s groups is increasing. Another feature is the re-illness of those who have previously had covid. New outbreaks in healthcare facilities.

Everywhere the process goes on about the same, and the rate of change in the epidemiological situation depends on what complex of measures is implemented to prevent the worsening of this situation. 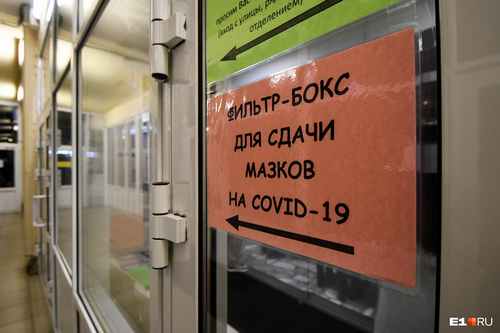 In countries that respond more quickly, the epidemic has softened with the emergence of new strains. For example, in Denmark, where the British strain is dominant, the situation is dramatically better than in the Czech Republic or Great Britain. Finland, acting ahead of the curve, introduced a lockdown on March 8, literally just feeling the change in the epidemiological situation.

Countries that react with a delay (Great Britain, Ireland, Portugal, Czech Republic, Poland, Estonia) are experiencing a strong deterioration in the epidemiological situation and a complication of the health situation.

Why restrictions if new strains will come anyway?

– The point of all restrictions is to prevent high mortality. It is important to minimize the spread of the virus. The more and faster people get sick, the more seriously ill patients, and the faster they are overloaded with work with covid patients in polyclinics, ambulances and hospitals. As a result, mortality from both covid and other causes increases due to the fact that it is impossible to provide other medical care, since the health care system is disrupted.

And how will it be in Russian regions

– We now have all the conditions for the rapid spread of new strains. Most of the factors that could hinder the spread are now missing. With the abolition of most measures, the interaction between people has changed dramatically. We have a free mode of communication. Many people forget about masks and social distance. We have not implemented the methods of modern epidemiological surveillance, as in other countries – we do not control wastewater for the presence of a virus in them, we do not widely use genomic sequencing.

In addition to this, the general testing program has been greatly reduced, we practically do not use rapid antigenic tests, and critical groups, which include schoolchildren and representatives of some specialties, are not tested.

We stopped tracking and testing contact people with ARVI symptoms, concentrating only on severe cases that end up in the hospital, all other cases often fall out of epidemiological control. And against this background, there was an almost complete removal of measures.

Does the Russian vaccine against new strains work?

Herd immunity after previous covid is still insufficient. Previously, it was believed that to stop the epidemic, it is enough for 60% of people to develop immunity. With the advent of new strains, the bar has increased – you need 75-80%! This is only possible with vaccination. Recent research data demonstrate the effectiveness of the vaccines used in relation to new strains. It is reduced, but at the same time, the level of protection after vaccination allows you to protect against serious illness and death.
In Israel and the UK, where most of the older people are vaccinated, the effect of vaccines is already noticeable – morbidity, hospitalization and mortality have significantly decreased. Why are you unlikely to find a normal girl on Tinder? An experiment of a man in active search