On March 18, it became known that the commission chaired by the Deputy Prime Minister of Russia Marat Khusnullin approved 12 investment projects in the Novosibirsk region. According to this indicator, our region entered the top three.

At a press conference at TASS, the Minister of Economic Development of the Novosibirsk Region, Lev Reshetnikov, told which large factories will open this year, how the PepsiCo and Nestle projects are progressing, and how the region intends to build schools, sports complexes and an oncology center in the format of public-private partnership.

What projects will be completed in 2021

In 2020, the Novosibirsk Region managed to maintain the growth of investments. According to the Minister of Economic Development of the NSO Lev Reshetnikov, it amounted to 1.4% – and this is a good result in times of crisis.

– We had a task to maintain the level of 2019 – about 250 billion rubles. At the end of 2020, we attracted almost 264 billion – most of all in vehicles, machinery and equipment (35.4 billion rubles), – said the Minister of Economic Development.

Among the largest projects in 2021, he named the already built logistics postal center “Post of Russia” in Tolmachevo for 7.5 billion rubles, which was attended by Prime Minister Mikhail Mishustin, as well as a giant grocery distribution center for 8.6 billion (we showed , what is inside). 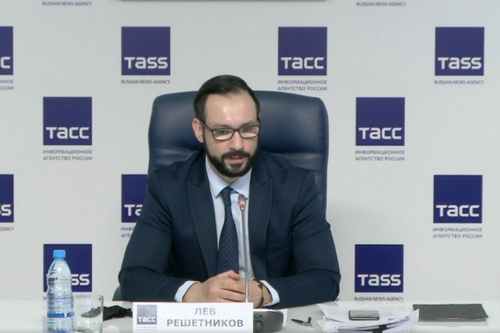 This year, the Novosibirsk Region plans to launch the first stage of a cheese-making plant in the village of Payvino, Maslyaninsky District, which is being built by the Siberian Academy of Dairy Sciences (part of EkoNiva-APK Holding). The volume of investments is 20 billion rubles. The main types of products that the plant will produce are hard, semi-hard cheeses, butter, milk and cream. As Lev Reshetnikov said earlier, production will reach its design capacity of 420 thousand tons of milk per year in 2022, and in 2024 it will begin to export cheeses and dairy products to China.

The Ulybino duck factory is to launch the next stage of production for 4.4 billion rubles.

– That year was the first stage. Another one this year. We have only four stages. We already see our Novosibirsk duck on the shelves of some stores, and this is very pleasing, – added Lev Reshetnikov.

Also this year in the industrial and logistics park the company for the production of electrical equipment IEK will launch a project for 1.5 billion. A molecular imaging center for 1.1 billion rubles (a PET center for cancer patients) will start operating near the city hospital No. 25 in the Kalininsky district.

In addition, the region is expected to open a logistics complex of the OZON company for 1 billion rubles and the third stage of the production of Mars animal feed for 0.8 billion rubles.

“We plan to invest more than 44 billion rubles in these projects alone, more than 3000 jobs, more than 14.4 billion in tax payments,” said Lev Reshetnikov.

According to him, the infrastructure for the territories of advanced social and economic development in Linevo and Gorny is not being built as quickly as expected. The government expected to invest 90 million rubles and 430 million were expected from the federal budget, but so far federal money is in question.

The government of the Novosibirsk region plans to develop a number of public-private projects. Among them, Lev Reshetnikov named 6 schools, an oncology center, Akademgorodok 2.0 facilities, a martial arts center, campuses (NSU and interuniversity), a polyclinic at Ob’GES, a snowboard center on Nemirovich-Danchenko Street, 4 ice arenas, 8 complexes and landfills for solid municipal waste and 10 sports complexes.

According to the Minister of Economic Development, the design of the first polyclinics is already underway, they are waiting for the projects to be released after the state examination, so that construction can begin. In addition, the government is preparing to enter a pilot project for the construction of schools within the framework of PPP – now they are negotiating with the investor. The new program assumes 65% of investments from the federal budget and 35% from the regional.

– We are working on an oncology center. There is an idea to build a cluster around the PET center on the territory of the 25th medical unit, the minister added.

How are big factories doing?

PepsiCo, according to Lev Reshetnikov, plans to commission two production lines of the plant for the production of salty snacks in the 4th quarter of 2021. Novosibirsk agricultural producers have already grown the first chip potatoes for PepsiCo, which produces Lay’s. Investments in the new plant will amount to RUB 13.7 billion.

In the Novosibirsk Region, the first for Siberia investment project of the Nestlé company has started – the construction of a factory for the production of pet food “Nestlé Purina PetCare” in the Iskitimsky district.

– A roadmap has been signed for Nestlé – we plan to commission it in the 2nd quarter of 2025. 10.6 billion investments. Our task is to bring the infrastructure down. At the same time, Nestlé begins construction of facilities, ”said Lev Reshetnikov.

Carbon nanotube manufacturer OCSiAl was provided with a production site in Akademgorodok. The deadline for obtaining a building permit is the 2nd quarter of 2022, investments in the project will amount to 641 million rubles. OCSiAl owns the world’s only scalable technology for industrial synthesis of graphene nanotubes. The author of the unique technology is the Russian physicist, academician of the Russian Academy of Sciences Mikhail Predtechensky. In March 2019, OCSiAl’s market capitalization exceeded $ 1 billion.

A free economic zone may appear in Akademgorodok

A free economic zone can be created in Smart City (part of the Akademgorodok 2.0 development project).

“These are not such large factories as in the industrial and logistics park, but compact complexes, by analogy with Oksial, where research and development work is underway and small production batches are produced,” the minister explained.

He said that 2–3 months ago they had a meeting with about 60 residents of the Academpark, 23 companies showed interest in participating in Smart City, which sent in questionnaires. Of these, 7 projects were selected that are ready to go to construction.

– Now I will go to a meeting with them in order to understand how ready they really are. We are thinking of covering Smart City with a new format of a special economic zone. These are small projects in terms of investments, but they are large projects in terms of revenue, productivity, their importance to the economy, and impact on new industries. These are innovative projects that surpass many industries in terms of margins, – commented Lev Reshetnikov.

An experienced Novosibirsk businessman decided to get rich on an invention for 1.5 rubles Dirty Novosibirsk drifts were turned into a print for fashionable jackets