Only the lazy one did not discuss the past winter – it was cold, snowy, real. Thirty-degree frosts laid siege to Siberia, and snowfalls covered the south of Russia. Already in January, the temperature record was recorded in Moscow, albeit with a plus sign: on January 25, the capital officially became the warmest in the last 140 years, +3.8 degrees Celsius.

Who would have thought that in February surprises would continue: Moscow and its neighbors began to freeze, abnormal frosts hit the Krasnodar Territory – on February 25, it was colder in the Kuban than in Siberia. The Urals were swept by blizzards: due to the elements, roads were blocked, people got stuck on highways, electricity was intermittently working in dozens of settlements.

In March, as at a click, the weather was released: according to Roshydromet, in most regions, spring began with warmth. But the questions remained: what happened to the winter? Will it always be so now? What will the weather be like next? We asked forecasters and climatologists about this.

“We are out of the habit of cold winters, and this is not surprising”

Roshydromet confirms that the Russians – from the western borders to Yakutia – really survived an abnormally cold winter. The temperature was 4-6 degrees below normal, and February was to blame for this.

– Over the past nine years, from 2012 to 2020, all February was warm or very warm, and finally the average temperature of the last month of winter turned out to be below normal, and noticeably. Especially in the eastern regions of the Asian part of the country. After 2011, nothing like this happened, – says the scientific director of Roshydromet Roman Vilfand. – February pulled the winter to a negative anomaly. Not such a great intensity of deviations, but still by 2-4 degrees winter was below the norm from the western borders of our country to Yakutia.

But what is surprising for the average person is the norm for a climatologist. Changes in the thermometer in winter fit into the normal course of temperature, says climatologist, member of the Russian Geographical Society Nina Zaitseva.

– People have simply forgotten what a human winter is. The past winter was one of the coldest in the last one and a half to two decades. There is an average temperature, there is a range of changes, just in the average annual range of changes these changes are placed, – explains Nina Zaitseva. – We did not have real weather anomalies this season. 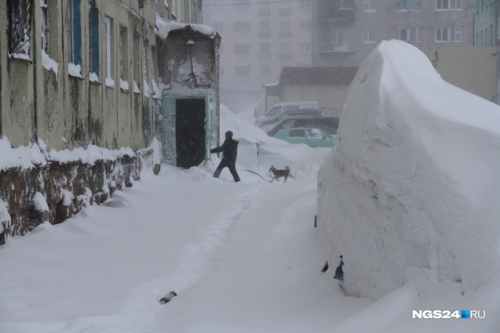 Her colleague, climatologist Andrei Kiselev, agrees with Zaitseva’s opinion. He explains: if we talk about abnormal winters, then it is necessary to remember not this one, but the last one.

– In the winter of 2019–2020, if you remember, the temperatures were very high, there was practically no snow. Almost every day, reports were transmitted from different regions – the temperature record was broken, – says Kiselev. – If you count on science, about once every 20 years there is an anomaly that goes beyond the normal range, and the winter of 2019-2020. can be called like that. The current one is much closer to the temperature norm. It’s just that over the past 10 years we have lost the habit of cold winters, which, in general, is not surprising: climate change is taking place – the global temperature rises, the precipitation regime changes, the circulation is rearranged – the air flows in the atmosphere, which determine the short-term weather. There are frequent changes from cold to warm and vice versa.

Forecasters do not undertake to make forecasts for more than 7-10 days – the weather is too unpredictable. However, Roshydromet warns: March in Russia will alternate with warm and cold. And this is not the best news for weather addicts, children and the elderly.

“Throughout the country, the month is expected to be heterogeneous, with frequent alternations of warm and cold episodes, with frequent alternations of dry periods and periods of precipitation in different forms,” says Roman Vilfand. – In the Asian territory, precipitation will be mainly in the form of snow, in the European territory in all three phases … The temperature background is predicted mainly around the norm.

Excess precipitation is predicted in the South Urals and the Volga region, as well as in the south of Western Siberia – in the Omsk, Novosibirsk regions and Altai Territory, Transbaikalia, Buryatia. In the rest of Siberia, there will be a deficit of precipitation.

The spring will finally settle by the end of March – at the same time forecasters will be able to forecast the rest of the season. It is not worth hoping that a hot summer will come after a cold winter, as a popular omen teaches this.

– Based on what winter was like, it is impossible to draw conclusions about the future summer. Many different factors are laid in meteorological and climatic models, besides, we live in such latitudes where it is possible to make a forecast for no more than 14 days, – says climatologist Andrey Kiselev. – This is due to the specifics of the atmosphere and the climate system in general; the quality of this long-term forecast will decline every day.

– Imagine how sad it would be for meteorologists, how predictable the forecasts would be! – notes Roman Vilfand. – Therefore, I am glad that the omens are not justified.

How will the weather change in the future?

Despite the fact that climatologists are increasingly talking about an increase in global temperature, there will be no rapid changes. And, most likely, we will not catch a significant change in the weather. Although you can already be surprised at some data. For example, the fact that in Russia the average temperature is growing two and a half times faster than the rest of the world.

– We are in the belt where the land area is larger than the ocean area. The ocean takes part of the incoming energy from the Sun in the warm season and returns it to the atmosphere with the onset of cold weather. Land has almost no such ability. Therefore, the situation on the planet as a whole is milder compared to us, – says Andrey Kiselyov. – On average over the globe in each of the last decades, the temperature has grown by 0.17-0.18 degrees. In Russia – by 0.47 degrees.

To think that global warming will only be beneficial, and that exotic plants will begin to bloom in the conventional Yakutsk, is the deepest and, unfortunately, popular misconception.

– Very often there is such a misconception that warming always leads to warming. But it can also lead to a cold snap, – says ecologist Sergei Kostarev. – Temperature changes upset the balance. What is this balance? We get much more energy from the Sun than we need. And this extra energy has always been bound in the form of a hydrocarbon. Plants took it on themselves and put it in the ground in the form of oil, gas, and other hydrocarbon compounds. And over the past 130 years, from the end of the 19th century, industry has begun to extract and burn all this. Accordingly, excess carbon that has been accumulating for centuries ends up in the air. This gas cannot be poisoned, but it affects the state of the atmosphere around the Earth and affects climate change. These are not instant changes. We may not notice them for decades.

Sergey Kostarev is a Russian scientist, ecologist, professor of the Department of Public Relations of the Omsk State University of Railways, Doctor of Philosophy.

– This process will continue. By the end of the century, according to very accurate estimates, the rise in the water level in the world’s oceans will be 70–90 cm, Kiselev notes. – This threatens, first of all, the island states – part of the coastal territories will go under water. St. Petersburg is in our risk zone, but we shouldn’t panic – a system of dams has been built, the city will not go under water.