There are many people in Novosibirsk who are famous all over the country today. The NHS has prepared a series of publications about stars who may have been your neighbors or studied with you in parallel classes, and now you see them on blue screens.

This Sunday we will show rare footage of what the singer Pelageya looked like before fame and a high-profile marriage with a famous hockey player – a simple girl in sweatpants and with an open smile was already a rising star.

The prodigy from the left bank

Singer Pelageya was born and raised in Novosibirsk. In the registry office, the child was recorded as Polina, despite the fact that the parents wanted to name their daughter Pelageya. The baby and her mother, Svetlana Khanova, lived in a house on Shirokaya Street, so the singer comes from the Trolley housing estate. Pelageya joked about this on one of the programs “Voice. Children “on Channel One:

“I’ve never met any trolleybuses or trolls there,” she said.

Nothing is known about the star’s own father, except for the name and surname. Khanova is the surname of her stepfather and the first creative pseudonym. If you believe the biographies on Pelageya’s fan sites in Novosibirsk, a future star could be suspected of a girl from infancy – she repeated the phrases of lullabies that Svetlana sang to her at night. At the age of three, the young talent learned to read, and after another six months the girl was typing the first stories of her own composition on a typewriter.

An 8-year-old Siberian woman entered a special school at the Novosibirsk Conservatory without exams and a year later met the leader of the Kalinov Most group Dmitry Revyakin. “The best performer of a folk song in Russia in 1996” and will receive the first serious fee – 1000 dollars.

When Pelageya was 10 years old, her family moved to Moscow, but the singer still often comes to Novosibirsk. This is evidenced by photographs from trips to Siberia, posted on the official website of the singer.

– Fields is peeling potatoes, – this is how the following photo is signed on the official website of Pelageya.

– Pauline always has the opportunity to fix irregular Moscow driving lessons, – each photo from the old archives on the singer’s official website has a funny caption.

Now Pelageya is an Honored Artist of the Russian Federation, the singer is really known and loved throughout Russia. Also, the Siberian is a coach-mentor of the show “Voice” and “Voice. Children ”on Channel One. In 2016, she first entered the Forbes rating, taking 46th place in the list of the 50 richest celebrities in Russia, then Pelageya earned 900 thousand dollars in a year.

Let’s go back to our days and take a look at the recent photos of the singer. Due to weight jumps (Pelageya tends to be overweight), the Siberian woman is credited with a number of plastic surgeries. The media wrote that after giving birth, she not only lost 20 kilograms, but also underwent mammoplasty, facelift and neck lift, and installed veneers.

We have the opportunity to compare photos long before the transformation, the same trip to Altai.

It is difficult to say whether Pelagia really had plastic surgery or whether everything was decided by the usual self-care and weight loss.

In 2010, the singer married the director of Comedy Woman Dmitry Efimovich and changed her last name. In 2012, she divorced him and returned the name of Khanov. The ex-husband of a celebrity told the NHS about the reasons for the divorce and a new life.

Before the second marriage, the image of Pelageya in the media was extremely positive. But in April 2016, the singer began an affair with the famous hockey player Ivan Telegin, who at that time was married and had recently become a father. When everyone congratulated Telegin on the replenishment, he was in a hurry in the evenings to meet with the singer. Later, the hockey player divorced and married Khanova.

This is how the Siberian woman commented on the speculation that she had taken the hockey player away from the family.

– A clear conscience is said to be the best pillow. So that you understand, dear friends, I have a clear conscience, and I sleep well. And everything else that they say is not worth believing. I would not be able to live in peace if what they write were true, if I took someone away. This is just another period in my life that made me stronger, ”she explained in the documentary“ Pelageya. Happiness loves silence. “ 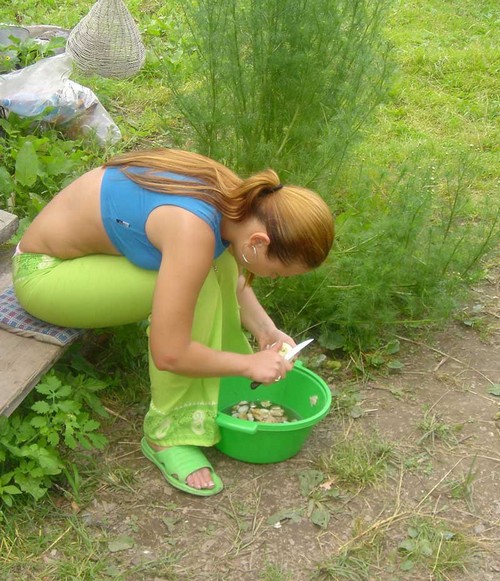 The couple signed everything in the same 2016 without lavish celebrations. In January 2017, their daughter Taisiya was born. And at the end of 2019, information about the divorce thundered in the media.

– I do not regret at all about three years of family life. But that was where our story ended. I want to believe that we will be able to maintain respect for each other and the desire to be good parents for Tasi. Despite the fact that any divorce is an unpleasant process, we remain loyal and hope that we can resolve all issues intelligently, with dignity and as expected. I believe that people will understand me and will not condemn me, – according to Pelageya’s official Instagram account.

Uniformed blonde charmed everyone at the beauty pageant