The closer Easter is, the more everyone who celebrates it worries about the prices of chicken eggs. This year, a strong rise in the price of eggs began to be noticed long before the holiday, which will take place only on May 2.

And a dozen eggs, meanwhile, back in March, according to Rosstat, cost 81 rubles – 20 rubles more than a year earlier. This is the national average, and in some regions the prices are even higher – in Novosibirsk stores they can ask for more than a hundred rubles for a dozen. We studied the statistics and talked with experts to figure out what is happening and whether prices will continue to rise.

Easter really influences egg prices. According to the former director of the poultry farm Sergey Derendyaev, eggs are a seasonal product, and the peak prices are on Easter and New Years. In the summer, the consumption of eggs drops – accordingly, the price goes down. Last year, according to the Federal State Statistics Service, that was exactly what happened: in April a dozen cost 66 rubles, in June – 58.

In addition to the season, the cost of eggs depends on a variety of prices for resources and consumables that are required to produce them.

– The first moment is the breeding eggs from which the laying hens hatch. Breeding eggs are mostly bought abroad, explains Derendyaev. – The second point is utilities. Egg production is a rather energy-intensive process, the equipment consumes a lot of electricity. Sorting lines are mostly imported, because we still do not know how to make such good ones, so here the cost of components can also depend on the exchange rate. The cost of fuels and lubricants directly affects the cost of eggs, because the product needs to be transported.

Finally, a significant part of the production costs goes to the purchase of feed.

“We produce feed ourselves, we buy almost nothing [abroad],” says economist Vasily Uzun. – Compound feed is made from grain using soybean meal and so on. That is, the main components are produced here, we do not import them. There is an import of biological additives, which occupy a small share in compound feed, but their role is very important, because they stimulate rapid growth.

Vasily Uzun – Doctor of Economics, Chief Researcher at the Center for Agri-Food Policy of the IPEI RANEPA.

Grain prices on world markets began to rise since August last year. Then experts explained this by the fact that market participants are afraid of dry weather and crop failure in Russia and the United States next year. Vasily Uzun says that the Russian market followed the world market.

“Now there is no grain deficit, but this is how the exchange reacts,” says economist Georgy Ostapkovich. – Wheat will bounce back when people fine-tune their response to a pandemic attack. Now there is a lot of uncertainty: no one knows how, what, what to invest in. Therefore, just in case, everything rises in price. 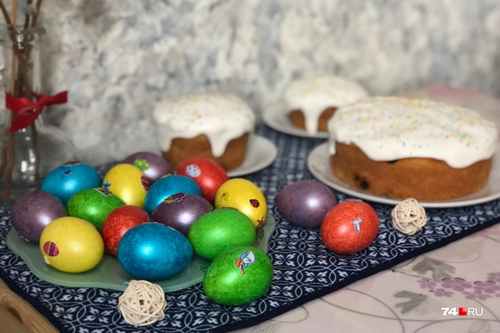 Due to the rise in grain prices, not only eggs, but also chicken have risen in price – according to the Federal State Statistics Service, last March a kilogram cost 140 rubles, this year – already 165.

“The facts of growth in the price of chicken products are due to the fact that this year it has become difficult to feed chickens, the price of compound feed has increased,” said Elya Khalili, commercial director of the Zhiznmart chain of stores, to the E1.RU portal. “Plus, this year’s winter in Russia was frosty, unlike in previous years, and more money began to be spent on heating chicken coops. On average, the increase in chicken prices over the past two months was about 15–20%.

Ostapkovich notes that prices are rising not only for chicken products, but also for other products. But to a lesser extent, therefore, they are not so noticeable.

“This will continue until the end of the year, until producers and consumers find an equilibrium between supply and demand, these fluctuations in food inflation will be quite noticeable,” Ostapkovich said. – General food inflation will probably be within 6%, and maybe 7%. But surely some products will fly out in 15-20%. The yield and the ruble exchange rate matter.

In the meantime, he predicts an even greater increase in prices for eggs – before Easter, they may rise in price by another 20%. But there is still hope that the seasonality will work and in May they will really decline.

Last year, other products rose the most – sugar and sunflower oil. In the end, the government developed a set of measures to reduce food prices, including agreements with market participants to stabilize prices for sugar and sunflower oil. According to the law, the government can “freeze” prices for some other products, but economists believe that continuing to regulate prices for a long time in the current environment is ineffective. How does Leroy Merlin work? And what salaries do they receive there?