Amazing things  said in his interview,  Deputy Head of the Federal Antimonopoly Service of the Russian Federation, Andrei Tsyganov. It turns out that food prices are rising – this is good. And you doubted? 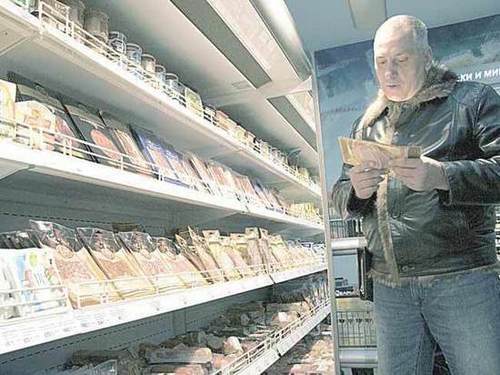 Until today, I considered Andrei Tsyganov to be a very competent person in my field. Now my opinion has changed

Nobody doubts, Tsyganov believes… First, the consumer should understand that if prices are low all the time, there will be no increase in production. The manufacturer must make a profit so that he has enough funds to maintain and develop his farm. Secondly, price adjustments, when they first go down and then bounce upwards, are normal for a market economy. But if prices are kept at the same level, then for FAS it is a reason to suspect a cartel agreement.

As an example, Tsyganov cited the situation with the prices of poultry and eggs. According to him, the rise in prices for these products (according to Rosstat, eggs in 2018 rose by almost 26%, meat and poultry – by 10%) was caused by the active development of this sector in the middle of the last decade. As a result, over the past and the year before last, prices for eggs and poultry have declined. But then it was time for the business to give back the loans that he took for development, hence the rise in prices. To which we, according to the official, must now rejoice.

Indeed, there is logic in the reasoning of Andrei Tsyganov. Only a purely bureaucratic, and from the point of view of an ordinary person, alas, flawed. Its damage is that it puts the manufacturer at the head of his reasoning, and, accordingly, advocates for his interests. But the main one in the “buy-sell” chain is still another figure – the consumer. It is for him, in fact, that production is created, products are manufactured for him, and it is he who, in the end, buying the above-mentioned eggs and poultry meat, pays for everything. Yes, all production and sales expenses, all loans and debts of other participants of the process are in his check.

And the consumer is not obliged to enter their position at all. Everything is exactly the opposite: it is the producers and sellers who must enter its position. Or, in other words, take into account the purchasing power of those for whom they produce their products. And the purchasing power of the average Russian consumer has been falling continuously for the last five years. That is how much time, according to Rosstat, real disposable income of the population decreases.

Therefore, the average Russian consumer may be ready to make fun of the development of some chicken production, but own poverty interferes. And in loans, by the way, tens of millions of our compatriots also have to climb – to make more or less expensive purchases. It’s not even about cars, but often banal coffee makers, which many have to buy with borrowed money amid falling incomes. And then pay off debts. And in these conditions, justifying the increase in food prices means simply spitting in the face of everyone who buys them.

But the fact that the official of the antitrust authority, the one who first and foremost should protect the consumer and is empowered to at least deal with the insane price winding that built in Russia. Apparently, in the struggle of this FAS suffers a sensitive defeat. Therefore, it disguises its impotence by PR: since we cannot get producers to reduce prices, we will turn our defeat into a victory, and we will explain to consumers how great it is that food prices are rising.

We note that Andrei Tsyganov is a very experienced official. Almost half of its 58-year-old life is connected with the antimonopoly service. The author of these lines had to interview him a couple of times, as well as repeatedly listen to his speeches from various high tribunes. Opinion and my, and many of my colleagues – this is not the worst example of an official: until today I considered him a person very competent in his field. Now my opinion has changed. And I think I’m not alone. Most likely, Tsyganov, after his statements about the benefits of high food prices, will be on a par with odious provincial officials who uttered the catchphrases about “macarobs” and that “the state did not ask for children to give birth.”

And finally, about cartel collusion. I was always sure that their goal was to raise prices exclusively in order to force a poor consumer to go for it, who has nowhere to go. But if, in the formulation of the deputy head of the Federal Antimonopoly Service, the producers go to these conspiracies in order to “keep prices at the same level,” I have both hands for such “cartels.” It seems that in our realities only they are able to somehow slow down the growth of consumer prices. One cannot hope for the FAS team…

The Kremlin under siege

Poroshenko denies possibility of default in Ukraine in 2019