Despite the downward trend in real incomes of the population, both nominal and real wages of Russians in 2018 increased. This information is contained in a report published by the Central Bank.

Real wages of Russians increased by 4.6%. Such data on the basis of 2018 results in the Central Bank of the Russian Federation.

At the same time, in the statistics of the Central Bank excluded the effect of a one-time increase in salaries of state employees on the eve of last year’s presidential elections – these measures were taken as part of the implementation of the May decrees.

As experts noted, the overall growth rate of real wages (6.8%) turned out to be very close to the forecasts of the Bank of Russia (7-8%).

At the same time, the nominal wages of Russians, without taking into account inflation, increased by 9.9%, added in the Rosstat.

We will remind, earlier it was reported about the decrease in real incomes of residents of Russia for five years in a row.

VTsIOM found out what the Russians will spend money on: fly to Egypt

Survey participants told sociologists about the costs planned for 2019

Most Russians want to make repairs and pay for travel. The results of the survey were published in the All-Russian Public Opinion Research Center.

Every tenth Russian intends to buy a car or an apartment this year. Such data on January 31 leads VTsIOM with reference to the results of a survey of the population. Sociologists note that in 2018, 9% and 6% of Russian citizens made similar purchases, respectively. 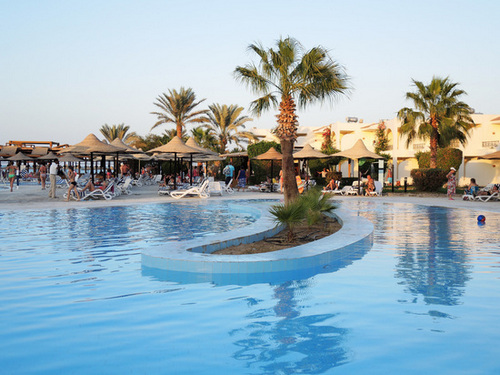 The most popular acquisition is a mobile phone, and the number of buyers is growing from year to year: if in 2013, 14% bought it, then in 2018, 28% of Russians already bought it.

On the second place in the ranking of purchases at the end of last year – household appliances: refrigerator, washing machine, dishwasher, gas or electric stove (19%). Another 19% of respondents reported spending money on repairs and buying furniture.

There is a slight increase in the acquisition of tours (from 9% to 14%) and computers (from 6% to 10%). The rest of the significant differences in consumer behavior experts did not reveal.

As for the plans for the 2019th, they have not changed much compared to last year. The exception is travel expenses. Trips are planned by 22% of Russians, while in early 2018 15% of respondents talked about this.

Most often, the estimated spending this year is associated with repairs (26%). Another 15% are going to buy household appliances. Every tenth plans to pay tuition (12%), buy a car (10%), an apartment / house (10%). The number of the least sought-after purchases included multimedia equipment, a garage, video and camera, stocks and bonds.

In the very first month of 2019, Russians began to spend more money in catering establishments, gas stations and supermarkets. At the same time, expenditures on alcohol products, on the contrary, decreased.

Expenses of residents of Russia on food and gasoline increased. About this February 1, with reference to the data “Taxcom” report “Izvestia”.

Thus, the average check of motorists at gas stations in January of 2019 increased by 8% compared with the same period last year. However, the fuel itself has risen in price less significantly. Experts explain the situation by a change in the value-added tax rate and increased demand.

Over the same period, the average purchase amount in supermarkets has also increased significantly – by 11%. At 9% more Russians began to spend in catering establishments. Experts connect such dynamics, first of all, with inflation.

At the same time, the average check for alcohol, by contrast, declined – by 2%, analysts say.

Experts have calculated how much Europeans pay for one liter of the 95th. And they found out who can afford to buy more than 3 thousand liters per salary. 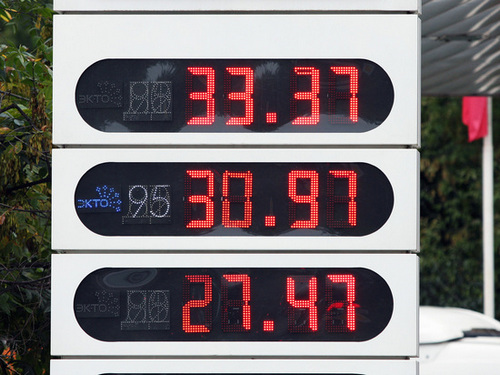 The average cost of gasoline in Kazakhstan is lower than in Russia. This was reported on February 4 by RIA Novosti with reference to the results of the study.

In terms of rubles, the price of a liter of 95th gasoline in Kazakhstan is 30.9 rubles. Whereas in Russia in mid-January 2019 it cost 45 rubles.

At the same time, it was in these two countries that fuel turned out to be the cheapest in Europe. In third place is Belarus, where a liter of fuel costs 46.9 rubles to motorists, and in fourth place is Ukraine (72.1 rubles).

The most expensive gasoline in terms of Russian currency is sold in the Netherlands – 117.7 rubles per liter. This is followed by Norway, Denmark, Italy and Greece – more than 112 rubles.

However, due to relatively low wages, Russia ranks only 20th in Europe in liters of gasoline, which you can afford for an average salary. Luxembourg is leading, where the average resident can buy more than 3 thousand liters of gasoline. At the bottom of the ranking is a country with low wages and expensive gasoline – Ukraine (247 liters of fuel, which is 3.3 times less than in Russia).

Earlier  it was reported  that the average bill at Russian gas stations in January 2019 increased by 8% compared with the same period last year.