This air regiment of the Lipetsk center of combat use in our VKS is on a special account. It contains the best flight instructors. They are trusted by the most difficult combat missions. So it was in the Great Patriotic War when aces of the regiment shot down 800 Luftwaffe planes. So it was in August 2008 under the domination of Georgia to peace. This is happening today in Syria, where almost all the pilots of the regiment have been on a business trip, and some have not done it once. The correspondent of “MK” saw training air battles in the Lipetsk sky, in which aces are born. 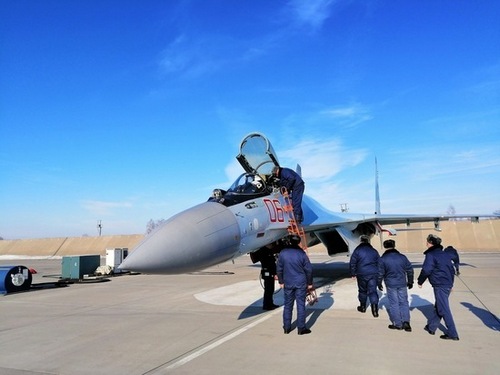 The commander of the aviation regiment for military-political work, military pilot of the 1st class, lieutenant colonel Alexei Kurakin does not hide his pride when he talks about the center’s specialists. This is, in fact, the aviation elite. And the best combat pilots here are not lured away from other garrisons. No, raised themselves. The tradition was laid by the legendary military pilot Alexander Kharchevsky, who for a long time headed the Lipetsk Center.

– Another fifteen years ago, Alexander Nikolaevich chose ten capable young lieutenants and said: we will prepare regimental commanders of them. He convinced the commander in chief and provided a raid, which in those years was a problem. And today, one of that first recruit is in command of a regiment in Belbek, in the Crimea, another in Lipetsk is a regiment commander, two are department heads in the Lipetsk center, and three are regiment commanders, said Kurakin. – That is, the experiment was a success. And this program went further.

Today, in Lipetsk, a new batch of graduates of the flight school is being intensively prepared. “But what about? It’s necessary to prepare a shift, ”explains the regiment’s deputy commander.

Sniper pilot Alexander Kharchevsky – a person known in aviation circles. It was in his two-seat Su-27UB fighter in the distant 2000, then still acting head of state, Vladimir Putin flew from Krasnodar to Grozny and back. 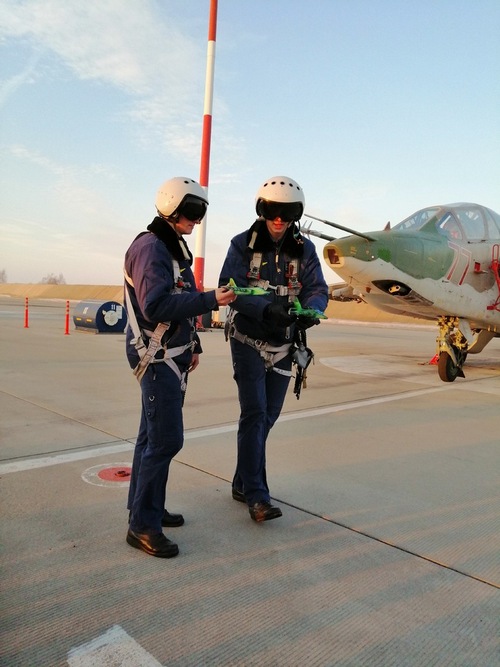 And before that, one of the best Lipetsk pilots was marked by victories in training air battles with pilots… The US Air Force. At their own airbase. At the time, such battles were still possible. But after a series of convincing victories of the Russian aces, the Pentagon turned off the program of such contacts. Probably not to develop an inferiority complex with their pilots.

And Kharchevsky – the initiator of the creation in Lipetsk aerobatic team “Falcons of Russia”. The very same, without whose participation today it is difficult to present a program of demonstration flights of the MAKS air show or an air show over Red Square.

The air skill of modern Chkalovs and Pokryshkins is forged in incessant training flights. Top aerobatic skills – group air battles. Couple steamed. And not ostentatious, according to the worked out scenario. Exclusively – improvisation.

The skills of air fighters from Lipetsk are in demand in all major exercises of the Russian army. Moreover, the Lipetsk aces often play the role of the enemy. To pilots of other regiments learned to fight with a strong opponent. Often it is necessary to demonstrate mastery and abroad. Not so long ago, for example, a group of Lipetsk pilots visited India, the Russian-Indian exercises Indra.

The operation of the Russian Aerospace Forces in Syria was not a training, but a real test of the level of training of the Lipetsk pilots. And they passed this test. On business trips in the Middle East, visited most of the pilot-instructors. And today, this experience helps them to develop new elements of victorious air combat tactics.

According to Lieutenant Colonel Kurakin, the Center’s instructors turned out to be better prepared for real combat work than other pilots.

-We always prepared for real. It is not by chance, where it is difficult – our Center was sent there. In the same August of 2008, on the night of the team, they gathered and left right here with bombs, ”said Alexei Kurakin. “After Syria, we have tightened our requirements for evaluating combat use during training flights even more. For example, if according to the conditions of the assignment, an “excellent” mark is set for hitting a bomb in a circle with a diameter of several meters. Then we require that the deviation of the bomb from the center of the target is not more than a meter. That’s fine then. Syria has shown that it is necessary to work pointwise. Even with great heights.

And one more aspect. According to the regiment deputy commander for military-political work, in Syria the pilots underwent psychological testing in combat conditions.

Of course, not all the lessons of Syria can be told today.

-If we got some kind of combat experience, and we would tell everyone about it, it would not be a combat experience. Believe me, it works, including the training of pilots, – said Alexei Kurakin.

The distant Syrian sky in Lipetsk is not forgotten. In the regiment of three nominal aircraft. One of them – the handsome Su-34 bomber – is named after the Hero of Russia Oleg Peshkov, who died in Syria in 2015.

One thought on “How the Syrian experience helps prepare air fighters”