NATO stepped up naval activity in the Black Sea. On the eve of the Turkish news agency DHA published a video about the passage of the NATO ships detachment through the Bosphorus and the Dardanelles. The National Center for Defense Management of the Russian Federation promptly responded to these maneuvers. He reported that the Russian Black Sea Fleet took the Alliance ships under surveillance. “MK” asked the expert about the possible purpose of the visit of NATO members. 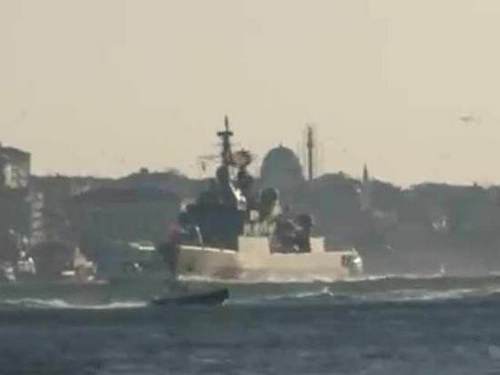 According to the Turkish media, in the grouping of NATO ships, in particular, the Netherlands Navy destroyer Evertsen, the Canadian frigate Toronto, the Spanish frigate Santa Maria, the Turkish frigate Gelibolu, and the auxiliary ship of the French Navy Var. Observers noted a large number of military on the decks of ships. It was also reported that the Canadian and Spanish frigates on April 1 will go to Odessa. Probably not to celebrate April Fool’s Day in the informal capital of humor.

The national center of defense of the Russian Federation on Friday morning, March 29, spread the message that “the forces and means of the Black Sea Fleet took to escort a group of NATO ships comprising three frigates of the Navy of the Netherlands, Canada and Spain” that entered the Black Sea. According to the information of our military, the observation of the actions of the NATO ships will be the ships of the Russian Navy “Ivan Khurs” and “Vasily Bykov”.

By the way, the reconnaissance ship “Ivan Khurs” – the newest built. Surrendered to the fleet last year. Designed for radio intelligence, electronic warfare, tracking US missile defense systems. The displacement of 4,000 tons, length 96 meters. This is our largest reconnaissance ship. It has a speed of 20 knots or approximately 37 km / h.

The patrol ship “Vasily Bykov” was also recently built. Designed for patrol services for the protection of territorial waters, the 200-mile exclusive economic zone, preventing smuggling and piracy, guarding ships and vessels, as well as naval bases and water areas with the aim of warning about the attack of various enemy forces and assets.

Commenting on the emergence of a detachment of NATO ships off the Russian coast, a  member of the presidium of the All-Russian organization “Officers of Russia”, Major General Mikhail Makaruk,  told MK:

– The main task of the NATO naval ships in the Black Sea is to demonstrate their strength, as well as support the current leadership of Ukraine on the eve of the presidential election. In addition, this intelligence in all areas that interest them.

According to him, until now, the US Navy and NATO ships strictly followed the requirements of the Montreux Convention. It permits warships from non-Black Sea states to remain in the Black Sea for no more than three weeks (21 days).

Answering the question whether provocations by NATO courts are possible, for example, in the Kerch Strait area, the expert said:

– I think there will be no provocations. The ships will operate within the framework of the planned exercises, simultaneously demonstrating the support of the current President of Ukraine and his team.

However, according to Mikhail Makaruk, the Russian Navy should closely monitor the situation.

“Our task is not to lose vigilance, to maintain the necessary level of combat readiness and not to allow such situations that Ukrainian boats tried to make in the Kerch Strait. In no case do not give a reason for the aggravation of the situation. We look, we hold on the sight…

Watch a video on the topic:  “Video of the passage of NATO ships to the Black Sea appeared on the Web”
Post Views: 276 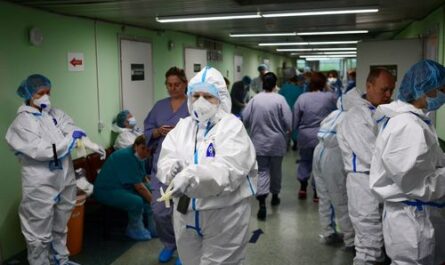 Russians have nothing to save: salary goes to food, medicine, utilities