Eurofinance Mosnarbank, which fell under the sanctions, reported on blocking cards not only abroad, but also in the territory of the Russian Federation. Visa cards will soon be replaced by World cards. There is no official information on how to be a Mastercard card in such a situation yet. 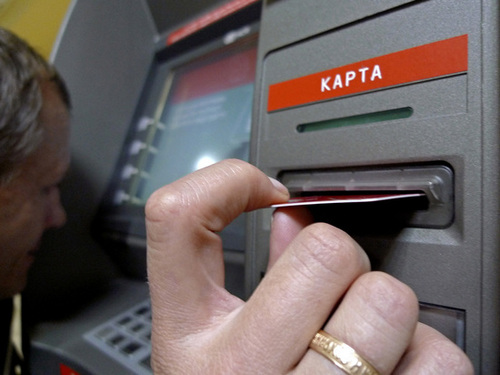 Visa and Mastercard suspended the membership of Eurofinance Mosnarbank, which fell under US sanctions, in payment systems, which resulted in the blocking of cards not only abroad, which the  experts warned in advance , but also in Russia.

This, in particular, is about the restriction in accepting cards in bank devices, representatives of a credit organization reported on March 13.

Earlier on Wednesday it became known that the House of Representatives of the US Congress  approved a number of anti-Russian documents .

Eurofinance Mosnarbank owns 49.99% of the state Venezuelan national development fund Fonden SA, Gazprombank and VTB each own 25% plus 1 share. On March 11, the USA included it in the sanctions list due to the situation in Venezuela. The bank is accused of supporting the regime of the president of Venezuela, Nicolas Maduro, and contributing to the economic collapse and the humanitarian crisis “from which the people of Venezuela are suffering.”

The press service of the credit institution hastened to reassure customers, informing them that Visa cards will soon be replaced with cards from the Russian payment system Mir. There is no official information on how to be a Mastercard card in such a situation yet.

It became known how many Russians give more than half of their income for loans.

Over 8 million people (or 14.6% of all those who repay a loan) contribute more than 50% of their earnings to pay off debts. Such data as of March 1 is contained in the United Credit Bureau.

Every sixth borrower in Russia has a payment ratio for all loans and loans to his income in excess of 50%. Such data on Tuesday, March 26, leads Kommersant , citing information from the United Credit Bureau on the results of February 2019.

At the same time, the number of such borrowers increased markedly last year and, as of March 1, is more than 8 million people (or 14.6% of all those who pay the loan).

Add that last week, the level of everyday spending Russians decreased. The average cost of a single family from March 18 to March 24 was 4,233 rubles, according to the Romir study. The average bill for a trip to the store  also decreased  – to 523 rubles. This figure was the lowest since the beginning of the year.

Experts calculated how many Russians spend half their income on food 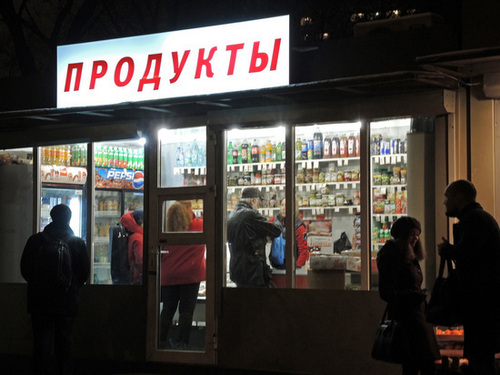 While the richest households have decided to postpone the purchase of new household appliances, the least wealthy Russian families have to save on products. However, the costs of the poorest are rising too.

The share of most expenses among the most wealthy Russian families in 2018 decreased, while spending in poor households, by contrast, grew. On this on Tuesday, March 12, Kommersant reports, citing data from the Analytical Center under the Government of the Russian Federation.

Thus, 20% of the poorest Russians spent almost half (48%) of their income on food. This share increased compared with 2013 figures (43%). At the same time, for 20% of the richest households, the level of such spending did not change over five years and amounted to a little more than 20%.

At the same time, the richest families, first of all, reduced the expenditure item on non-food products – from 47% to 41%. The expenses of the poorest citizens in this category, on the contrary, increased from 27% to 29%.

Belarus will demand compensation from Russia because of poor-quality oil

One thought on “Bank cards Russians began to turn off”