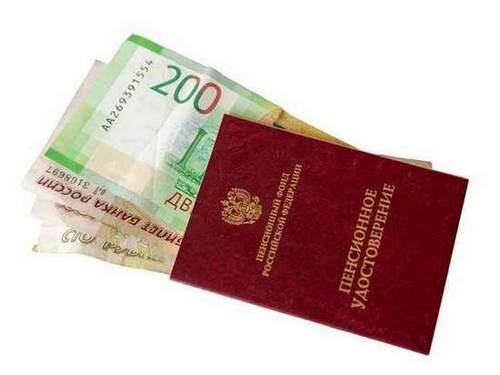 Products, payment of utility services, the purchase of clothing and the most necessary drugs, rare trips to Russia. The question of whether retirees who can afford at least these items of expenditure can be considered worthy of life are more likely to be rhetorical. The Russian Academy of Sciences recognizes that in order to make ends meet, current retirees are forced to make money.

Russian pensioners should receive at least 26 thousand rubles a month to live in dignity. Such data are given in the Russian Academy of Sciences with reference to the results of economic research.

Experts divided the Russians into several groups, depending on income, and indicated the minimum amount at which pensioners would not be in need. On average across Russia the lower level of pension well-being is 26 thousand rubles. In Moscow, this bar is slightly higher – 35 thousand.

At the same time, it is noted that a family of two elderly spouses requires slightly less money, since they lead a common household and can save money.

According to experts, pensioners who have reached the bottom “welfare” will not have problems with food, paying for housing and communal services, the Internet and buying clothes. In addition, they will be able to pay for some medical services and allow themselves tourist trips around Russia. True, not very frequent.

Pensioners who receive from 36 thousand rubles on average in Russia and from 48 thousand in Moscow will be able to move to another level. High-quality medical services, good theaters, restaurants and trips abroad are available for this group.

For people whose income is even higher, neither the retirement age nor the size of the state pension no longer matters. Most often they live on the proceeds from the business and their assets.

At the same time, the RAS recognizes that the largest group of Russian pensioners does not fall into any of the specified categories. To live with dignity, or at least make ends meet, they have to earn extra money.

Real pensions of Russians decreased for the first time since 2015

Experts have identified a negative trend in changes in the size of pensions of Russians in 2018. The indicators were reflected compensation received by pensioners and price increases.

The real size of pensions in 2018 showed, with adjustments for inflation, a slight increase compared with the figures of 2017 (+ 0.8%). It is reported by  RBC  with reference to the data of Rosstat.

However, taking into account the lump sum payment in the amount of five thousand rubles received by pensioners in 2017 as compensation for the lack of indexation of pensions, the dynamics was negative: -2.4%.

Without an amendment to one-time compensation, the average pension in Russia in 2018 exceeded the 2017 level by 3.7% and amounted to 13.3 thousand rubles.

Earlier it became known that the authorities plan  to change the system of pensions again , suggesting, in particular, to use the mechanism of individual pension capital.

The Ministry of Labor offered to index pensions by two percent

The average social pension will increase to 9 266 rubles

The Ministry of Labor proposed to index social pensions by two percent. At the end of last year, the growth rate of the subsistence minimum for a pensioner in the Russian Federation (8,483 rubles) was 102%.

The Ministry of Labor proposed to index social pensions by two percent. It is expected that their size will be increased in the second quarter of 2019 – from April 1.

According to  TASS , the cost of indexing social pensions and other benefits will amount to 7 billion rubles by the end of this year.

According to the results of last year, the growth rate of the subsistence minimum for a pensioner in the Russian Federation (8,483 rubles) was 102%.

Earlier, the ministry explained how they plan to  change the scheme of supplements to pensions . It is proposed to first set the social payment in the amount that is required to bring the pensioner’s software to the regional subsistence minimum level of the pensioner, and then recalculate the pension and the monthly cash payment. We recall that President Vladimir Putin spoke about this problem  during his message to the Federal Message.

A draft decree of the Russian government “On approval of the indexation coefficient on April 1, 2019 of social pensions” has been submitted for public discussion.