In the network appeared photos of the military base of the Chinese army, equipped with laser weapons, capable of destroying satellites in near-earth orbit. According to experts, the complex, found 200 km south of the Chinese city of Urumqi, is able to track the satellite flight path and destroy them with the help of a directional laser beam. Satellite photos published by a military expert specializing in Chinese weapons, Colonel of the Indian Army, retired Vinayak Bhat. 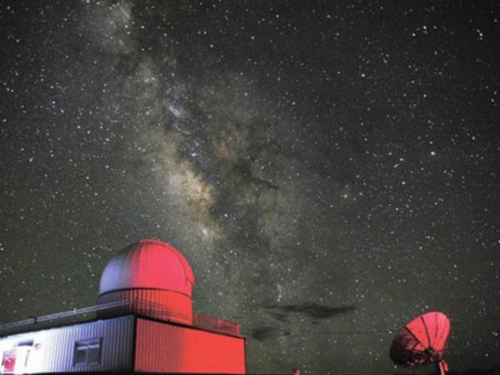 According to him, the Chinese command has created a whole network of tracking stations that track the movement of satellites flying over China.

“As soon as the exact trajectory of the satellite and other data become known, the directional energy weapon takes on the task of destroying the target,” the expert said in an interview with the Indian news agency The Print

In February of this year, the US military declared that China had the means capable of shooting down Pentagon satellites. The US Army Intelligence Agency said that the Chinese Army could use such weapons “as a means of reducing the military effectiveness of the United States and its allies.”

“China is likely to put up ground-based laser weapons capable of withstanding low-orbit space satellites by 2020, and by the middle and end of the 2020s it could have acquired more powerful systems that would pose a threat to optical satellites,” said the scouts.

Experts say that a laser power beam can destroy electro-optical detectors, optical systems, control systems, solar panels and other parts of satellites. A laser machine on the ground delivers a 300 W laser impact per square centimeter, which is able to melt the surface of the satellite optical glass and cause damage to the optics. It is believed that ground-based lasers have a range from 500 miles to 1000 km.

The Chinese anti-satellite weapon was first used in 2006, when a US Army satellite flying over China was exposed to radiation. In 2007, the Chinese army successfully tested anti-satellite missiles capable of hitting targets in near-earth orbit.

An expert on the objectives of US destroyers off the coast of the Russian Federation: intelligence and demonstration