At the end of last week, Russians learned how much the president, employees of his administration, members of the government, State Duma deputies and senators earned in 2018. 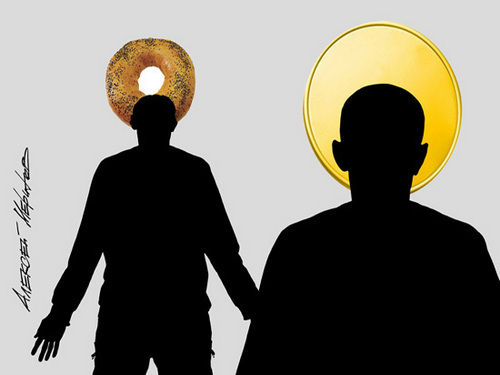 Anti-corruption legislation requires all senior officials of Russia annually, before April 1, to submit information on cash incomes for the past year, about their ownership and use of real estate, as well as means of transport and major acquisitions. Similar information must be submitted about their spouses and minor children. But the data that is then presented for fun to the general public is not the declarations themselves, but scanty and devoid of concrete information from them. Cash income is indicated by the total amount, without indicating how it turned out.

Real estate – indicating only the type of object (apartment, house, plot, shed or pool), its area and the country where it is located. Brands of cars and boats with helicopters – without specifying the year of their release. But some information about the life of the Russian political elite gives all this information.

The income and property declarations published on the official website of the State Duma of all currently available 444 deputies for 2018 show: the cumulative money income of people’s deputies increased – as well as the number of those who did not provide data on their spouses.

After the loss of the mandate began to threaten the delivery of the wrong timeframes or simply not the time passed, the discipline triumphed in this part: all the deputies “give up” on time. Until recently, those of them who lied in the declarations or hid something, did not threaten anything at all. But at the end of last year, the current law “On the status of a member of the Federation Council and the deputy of the State Duma” finally made changes that seemed to correct the situation: now a deputy or senator who submitted “knowingly false or incomplete” information can be declared a warning. The most severe punishment is deprivation of the post of speaker, vice-speaker, head of the committee, or deputy head of the committee until the end of his term. The warning is ordered to be reported on the official websites of the State Duma or the Federation Council and in the Parliamentary Newspaper.

But bad luck! The procedure for applying the above measures of responsibility for violations of anti-corruption legislation should be defined in the regulations of both chambers. In the State Duma, such an order has not yet been worked out for some reason.

Meanwhile, the study of the information provided to us about the income and property of deputies, their wives (husbands) and children under the age of 18 leads to a joyful conclusion: in general, they are doing well, the dynamics are positive. The total cash income of State Duma deputies (not counting family members) exceeded 9 billion rubles in 2018, and thus, on average, about 1.7 million rubles a month fell on one deputy’s soul. In 2017, all deputies together received from different sources for the year about 6.2 billion rubles, and the average cash income was about 1.2 million rubles per month.

Although the deputies do not like this kind of comparison, but from them it is impossible to resist. According to Rosstat, in 2018 the average cash income per capita was about 32.6 thousand rubles per month. Yes, Rosstat data on the average monetary incomes of the population are subject to reasonable criticism, and yes, Rosstat promises to revise the method of their calculation, but so far we have no others. And even if the average Russian figures are understated, because a significant part of the economy is in the gray zone, deputies live in the same country and earn in the same economic conditions.

If we compare the average declared cash income of deputies with that of senators, then at the end of 2018, members of the Federation Council look much more solid: for each, on average, about 2.6 million rubles a month are in the upper house of parliament.

Since 2011, “MK” calculates the families of deputies with an annual income of more than 100 million rubles, writing them to the club “For those who are over 100”. Such an approach seems to be quite reasonable: a husband and a wife, as you know, one Satan, and often the deputy himself modestly lays the world one salary, and his (her) spouse (spouse) – hundreds of millions, or even billions. We are happy to state: if in 2017 only 13 deputy families could become members of the club, then in 2018 there were already 20: 16 United Russia families, two – Spravoross (Vadim Belousov and Valery Gartung) and two – Communists (Vladimir Blotsky and Alexander Nekrasov ). Illustrative examples of the phenomenon of which we spoke above are the Nekrasov family, where the deputy himself presented 4.9 million rubles to the world, and his spouse 705 million rubles,

The club of the rich in the Duma has a section for the elect – “for those who have over 800 million rubles in cash income. At the end of 2018, only the “king of ravioli and chicken legs” Grigory Anikeev (“ER”) received an income of 2.3 billion rubles, Sporossor Vadim Belousov and his wife (total income is about 1.18 billion rubles, of which Over 1 billion over the account of the spouse) and Nikolay Bortsov (“ER”) with 988 million rubles

As for the richest State Duma deputy according to the version of 2018, Grigory Anikeev became one, as in 2017. A year earlier, however, he declared almost 2 times more.

Mr. Anikeev is a remarkable face. Being a deputy since December 2007, he, as follows from the data on the official Duma site, opened his mouth in the conference room only 1 (one) time, and it was in 2014. A beautiful illustration of the famous saying “money loves silence”! However, not always big money makes deputies silent: here Valery Hartung (“SR”), whose family income does not fall below a few hundred million rubles from year to year, he spoke in plenary sessions 980 times in 22 years of deputies, about 40 times a year on average!

Among the wealthy Duma draws the attention of the tragic figure of Mr. Belousov – the one against whom a criminal case was initiated on charges of bribery on a particularly large scale. The Belousov family, judging by the declaration, last year got rid of real estate. Billion rubles of income from the wife of the deputy, it seems, was formed as a result of the sale of eight land plots of various sizes recorded in Russia and recorded on it. Now the family has no real estate at home: the deputy had nothing before, and his wife only had a land plot in Spain and an apartment of 37.25 square meters that appeared last year. m…

If we are talking about wealth, we cannot ignore another pattern that attracts our attention throughout, as the meteorologists say, the observation period: deputies whom Forbes magazine persistently includes in the ratings of the richest Russians, As a rule, they do not become winners following the results of the declaration campaign. And in 2018, according to the experts of the magazine, the richest deputy (22nd place in domestic and 337th in the world rating with a capital of 5.2 billion dollars), United Russia’s Andrei Skoch, said in a declaration about 260.7 million rubles. By the way, Mr. Skoch also believes that the conversation is silver, and silence is gold: since 2000, being a State Duma deputy, he took the floor in the conference room only 6 times. The last performance is dated 2002.

For several years now, “MK” has been following the unpleasant tendency shown by the declarations with growing alarm. The number of deputies who do not declare the presence of a lawful spouse grows steadily. Moreover, this process inexplicably developed in parallel with the process of tightening the requirements for declarations – in particular, with the introduction of bans on the ownership of foreign assets and accounts. Of course, deputies can also be humanly alone, they get divorced, and sometimes with scandals, they become widowers. But…

In 2011, 77 deputies out of 450 did not declare spouses. In 2016, 116 deputies officially declared themselves lonely. In 2017 – 112. In 2018 – 123, approximately 28% of the total deputies. In the Duma presidium there are no registered marriages, judging by declarations, in 6 out of 9 people. Single and speaker Vyacheslav Volodin, who not only grew his income last year (about 72 million rubles against 51 million rubles a year earlier), but also the number of minor children (there were two, there were three).

But the declaration of the former year before, lonely and having no real estate, Natalia Poklonskaya is now pleasing to the eye. Yes, she lost the post of head of the Duma Commission on control over the reliability of information on income and property (now this mission is assigned to United Russia Otari Arshba), but she married the head of the office of the Commissioner for Human Rights in the Russian Federation! Ms. Poklonskaya owned a land plot for individual housing construction (1014 sq. M.), And her husband had a decent set of real estate objects – three land plots, three parking spaces, part of an apartment and… a manhole for access to sewage area of ​​1.70 square meters. m

At the beginning of the year, the Ministry of Justice announced its intention to draft a law that would allow it to be considered a “force majeure circumstance”, preventing officials from fulfilling the requirements and declaration, and the unwillingness of the former spouses to provide information about the income and property of common children. But so far the matter has not gone further.

Sergei Shoigu told the deputies how the Armed Forces have changed